Self-immolations on the rise among Iraqi Kurdish women

Despite the colorful image painted to the outside world of female peshmerga forces contributing to the fight in Iraqi Kurdistan, some women in the region are facing extensive oppression and violence. 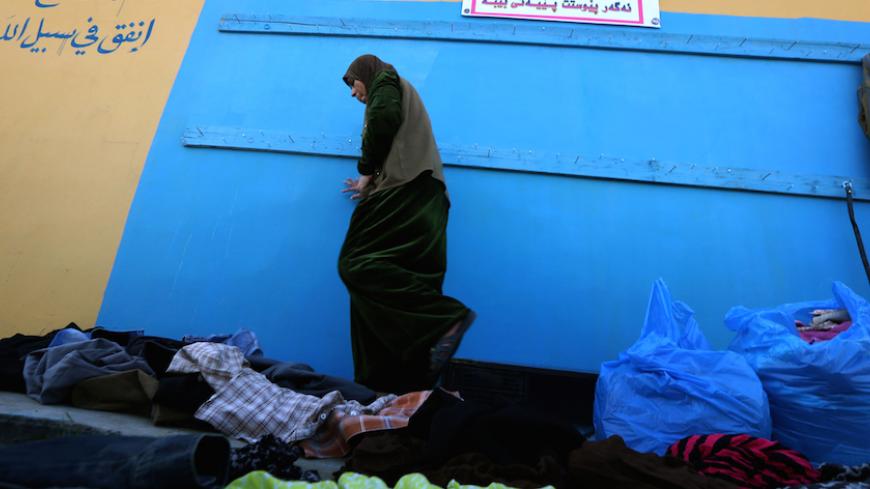 A woman walks amid a pile of clothes next to an outdoor charity wall marked as "the generous wall," in Erbil, the capital of the Kurdistan Region of Iraq. - GETTY/Safin Hamed 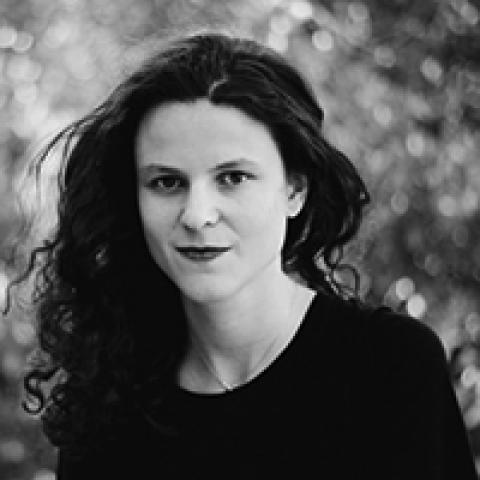 Female Kurdish fighters, who represent less than 1% of the roughly 200,000 peshmerga forces, have become “the bankable icon” of the fight against the Islamic State. But beyond the illusions of a land that supports women’s rights, the reality in Iraqi Kurdistan is much less glamorous.

According to nongovernmental organization Wadi, 57% of female Iraqi Kurds between 14 and 19 years old underwent an excision of the clitoris. Honor killings by male family members are still common in Kurdistan, and many other women face forced and underage marriage, domestic violence or polygamy issues. Worse still, since the early 1990s, several thousand Iraqi Kurds died of self-immolation. In 2015, the Kurdistan Regional Government listed 125 deaths by self-immolation. In most cases, deaths are concealed behind the excuse of a random home accident, but Bahar Munzir, a popular activist for the rights of Kurdish women, told Al-Monitor that 500 such deaths occur each year.

Sarab, 19, is a survivor. When she was 11 years old, her father died and she had to respect her mother’s decision to marry a man who was 14 years older than her. In regard to the night that followed the wedding ceremony, she told Al-Monitor, "A girl should develop physically before uniting." Two years later, she gave birth to her first daughter. Her mother-in-law dictated her life, but Sarab never complained. "For fear of divorce," she said. Her husband became more and more violent, and desired another woman. Sarab thought about polygamy, which is illegal in Iraqi Kurdistan but still practiced. However, her husband preferred to divorce, remarry, and keep the child he had with Sarab. Barely 18 at the time but looking like she was 30, Sarab took refuge in her mother's house. One evening, after she found out that her child had been treated badly, she took a lighter, covered herself in oil and set fire to herself.

In Iraqi Kurdistan, a violent husband faces up to three years in prison and a fine of about $4,000. In 2011, the Kurdish parliament approved the so-called Law 8 that prohibits many of the abuses women face, such as forced marriage, forced divorce, shigar marriage (in which men exchange their daughters or sisters in marriage without paying a dowry) and genital mutilation. "Law 8 is the best in all of the Middle East," insisted Shokhan Hama Rashid Ahmad, a Kurdish consultant lawyer for the United Nations. For example, the law prohibits cutting a piece of the human body but does not deal specifically with excision.

Women represent less than 10% of the judges and are absent in the party offices of the Kurdistan Democratic Party of President Massoud Barzani, according to a study by NGO People’s Development Organization. Since the beginning of the war against IS, NGOs defending women’s rights face increasing difficulties as they are overwhelmed by the sheer volume of offenses.

Al-Mesalla currently supports Fatima, an Iraqi Kurdish woman who wears a niqab. Fatima talked to Al-Monitor about her situation and said that her husband, a taxi driver, asked her to wear the full-face veil until her skin is “fixed.” "I was a very beautiful woman. I wore the scarf because I wanted to," she said. But in April 2015, her husband expressed doubts about her loyalty, suspecting that she flirted with another man by intercepting text messages. Fatima sank into depression and immolated herself — 37% of her body is burned.

Fatima, an oncology nurse, told her friends and acquaintances that it was a cooking accident. "They say that God wanted to punish me because I drove a car and wore golden jewelry. I was showing off in their opinion," she said in a tired voice. What if she told the truth? Shala Abdullah, a social worker with Al-Mesalla, told Al-Monitor, "In our culture, if you say that you are burned, we think that it's because you were not a respectful woman. We wonder what you did to want to kill yourself.” Fatima gets up, feverish, and gives a long handshake. She went $9,000 in debt for her plastic surgery operation. "At the time, I didn’t realize that I was either going to die or to suffer forever," she said.

In Sulaimaniyah, eastern Iraqi Kurdistan, a public hospital treats victims of immolation at no cost. During Al-Monitor's visit, cries of pain are heard when wounds are disinfected before being bandaged again. Patients suffer tremendously during the months that they spend healing. One patient who is in her 20s said she got married when she was 19 years old. To the question if she married out of love, she responded, "What do you think? That this is what happens in marriages?"

Sarab lies on an iron bed covered from her head to her thighs in bandages; her face has escaped the flames. Her brother, a peshmerga fighter, promised her, "I am going to issue a complaint against your ex-husband." Revived by such a hope, Sarab said, "I want to raise my daughters alone."