Turkey has lost its investment grade status with all top three credit-rating agencies, falling behind many regional countries despite its geopolitical edge. 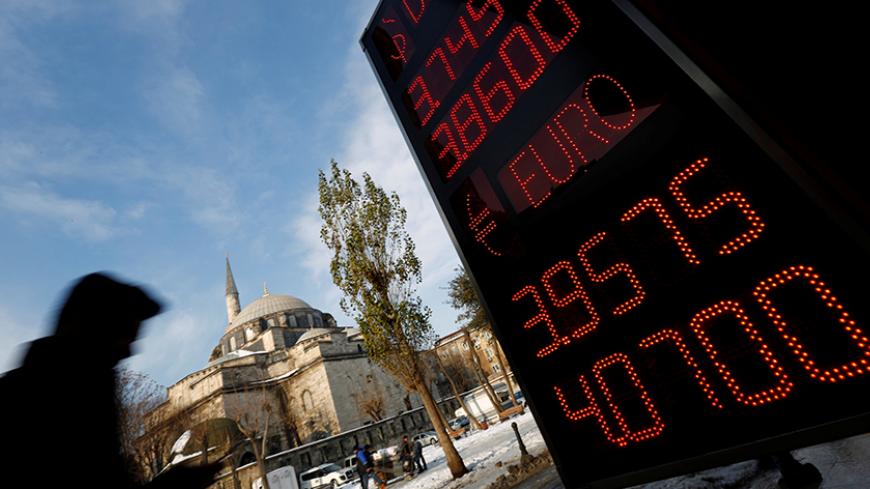 Invest in Turkey — a promotional website by the Turkish government — lists 10 main reasons why foreign investors should put their money in the country. Highlighting geopolitical advantages, the site describes Turkey as “a natural bridge between both East-West and North-South axes, thus creating an efficient and cost-effective outlet to major markets.” The country, it says, has an “easy access to 1.6 billion customers in Europe, Eurasia, the Middle East and North Africa” and “multiple markets worth $24 trillion” in gross domestic product.

Turkey’s role as an “energy corridor” is also highlighted: The country sits “at a close proximity of more than 70% of the world’s proven primary energy reserves, while the largest energy consumer, which is Europe, is located right to the west of Turkey, thus making the country a linchpin in energy transit and an energy terminal in the region.”

The website describes also a favorable investment climate, noting that the Organization for Economic Cooperation and Development (OECD) ranks Turkey as “the second-biggest reformer” in terms of easing restrictions on foreign direct investment since 1997. Turkey, it says, offers “a business-friendly environment, with an average of 7.5 days to set up a company, while the average in OECD members is more than 15 days.” All this in addition to “highly competitive investment conditions, strong industrial and service culture, equal treatment for all investors, around 46,800 companies with international capital in 2015, international arbitration and guarantee of transfers.”

Turkey’s location at the juncture of trade and energy routes linking populous markets is truly a blessing, but how the country is using it is another question. The expert opinion is far from flattering. Despite all the appealing factors Ankara lists, the world’s top three credit-rating agencies — Moody’s, Standard and Poor’s (S&P) and Fitch — have all relegated Turkey to a “non-investment” status today.

On Jan. 27, S&P lowered Turkey’s outlook to “negative” from “stable,” while Fitch cut its credit rating to BB+ from BBB-, stripping the country of its last remaining investment grade status with the Big Three.

This had previously happened in 1994 during a severe economic crisis. It took the country a whole 18 years to reclaim the status in 2012, and then only four years to lose it again. As Turkey has learned the hard way, winning credit is hard, but losing it is easy.

A wide range of factors contributed to the downgrade, as the credit-rating agencies explain in their reports. Part of the reasons are economic. The Turkish economy has lost its impetus, contracting 1.8% in the third quarter of 2016, with unemployment reaching about 12% and inflation 8.5%. The dollar last year climbed 20% against the Turkish lira, atop a 25% rise in 2015, threatening hundreds of private companies with foreign exchange deficit. The declines in domestic demand, exports and tourism revenues were among other factors that led to the downgrade. Besides the worsening macroeconomic indicators, the Central Bank’s monetary policy, complicated solution recipes and unreliable statements were also at play.

Still, political factors were perhaps more important in dragging Turkey into the “non-investment” zone. Constitutional changes, expected to be put on a referendum in April, envision a sort of one-man regime, which is heightening the risks. Fitch, for instance, listed political and security risks on top of negative factors, noting that, if approved, the constitutional changes “would entrench a system in which checks and balances have been eroded.”

On Trading Economics, a website that scores the credit worthiness of countries on a numerical index between 0 and 100, based on the Big Three’s credit ratings and macroeconomic data, Turkey only scores 44 points.

This leaves Turkey lagging behind many countries in its neighborhood and broader vicinity. In the Middle East, the top scorers are Kuwait, the United Arab Emirates, Qatar and Saudi Arabia, whose points range between 90 and 86. Oman has 78 points, and Israel 76. In Eastern Europe, another region in which Turkey is often included, the Czech Republic, Slovakia, Estonia, Latvia and Lithuania all rank as countries good for investment, scoring more than 70 points.

The countries that score between 70 and 50 points, which could be roughly described as a medium investment grade, include Poland, Slovenia, Bulgaria and Romania, as well as the Turkic republics of Azerbaijan and Kazakhstan.

The “non-investment” group of those with 35 to 50 points, to which Turkey belongs, includes European Union members Hungary, Croatia and Cyprus, as well as membership candidates Serbia, Montenegro and Macedonia, along with Georgia and Armenia in the Caucasus and Jordan and Tunisia in the Arab world. The bulkiest member in this category is Russia, which, despite its political and military might, ranks as a red-flag country for investors.

Turkey still outstrips a number of countries in its vicinity that score less than 35 points and are considered as highly speculative and risky. The Europeans in this group are Ukraine, Albania, Bosnia-Herzegovina and Moldova, while the Asians include Iraq, Egypt, Lebanon, Pakistan and Kyrgyzstan. For understandable reasons, two of Turkey’s neighbors — Iran and Syria — are not listed at all.

In sum, only the wealthy Gulf monarchies, Israel and several Eastern European countries rank as good for investment among the 40-odd nations in Turkey’s eastern and western neighborhoods. Despite its clear geopolitical edge, Turkey amassed serious risks in several years, marked by recklessly wasted opportunities, ill-conceived foreign policies and a drift away from democracy, to lose its hard-won investment grade.

The need to decrease political risks is now more urgent than any economic measure. A “no” to the one-man regime at the looming referendum may prove the most decisive step on the way to recovery and back to the upper league.