A short comedy film becomes the latest victim of censorship in Turkey, as authorities seem to grow pricklier ahead of a critical plebiscite in April. 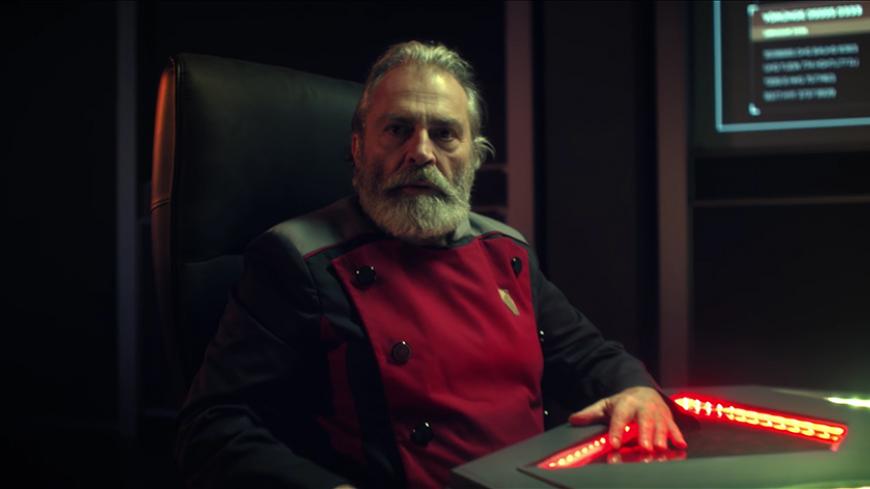 As Turkey moves closer to a crucial referendum on the sweeping executive powers its president wants, the authorities have made it clear that nothing about executive presidents — even imaginary ones — can be a laughing matter. The creators of a short comedy film learned this the hard way as their fictional schnitzel-craving president was barred from debuting on the big screen.

Co-directed by Kaan Arici and Ismet Kurtulus, the 22-minute film — “The Last Schnitzel” — stars Haluk Bilginer, one of Turkey’s finest male actors. It features a president “in an imaginary country in a very distant future,” Kurtulus told Al-Monitor. As all nations are scrambling to leave the vanishing Earth for Mars, the president of the Grand Turkish Republic wants to have a chicken schnitzel and sends his chief aide out to find him the dish. This, however, is no easy task, as food no longer exists on Earth, where all humans take nutrition pills.

In order to show the movie at film festivals in Turkey, the directors had applied for a license from the Istanbul Copyright and Cinema Directorate. In February, the agency asked that certain scenes be removed before the film was resubmitted for evaluation. The directors refused to comply, ending up without a license, which means they cannot screen the movie in Turkey.

In a written response to Al-Monitor’s questions, Kurtulus declined to elaborate on the scenes the directorate wanted cut, explaining that the answer would amount to a spoiler for prospective viewers, who will watch the movie abroad, if not in Turkey. Given that Turkey’s agenda today is dominated by debates over the presidential system, this new episode of censorship suggests the authorities’ stance is politically motivated.

Kurtulus denounced the obstructions as “an extremely arbitrary” attitude. “The board has no guidelines. They just sit down and watch the films, and depending on the atmosphere and sensitivities of the day, certain things get them annoyed,” he said. “The film would have easily received a license in a different time, from a different board.”

For Kurtulus, being unable to show his film in his own country is, no doubt, a huge disappointment. “After more than two years of work, the film was supposed … to be introduced to viewers in movie theaters. This, unfortunately, is no longer possible,” he said, adding that in March the film would debut in Copenhagen instead.

This makes “The Last Schnitzel” another addition to Turkey’s intellectual exports to the West, forced by censorship and suppression at home. Scores of academics — either expelled from universities or apprehensive about their future in Turkey — have left the country to seek careers abroad. The pressure on the artistic and cultural community, too, has steadily grown, ranging from various forms of censorship to arbitrary dismissals of actors from public theaters and judicial probes against more than 400 members of the cinema industry, who last year signed a peace declaration urging an end to military operations in the Kurdish-majority southeast.

What kind of an arts and culture scene is there for Turkey now? For Kurtulus, the cinema sector — from scriptwriters and directors to festival organizers and juries — is completely shackled. “I personally believe that one can do nothing on the basis of free thinking in the cinema sector today,” he told Al-Monitor. “I’m not talking only about independent moviemakers or projects funded by the Culture Ministry. This climate affects anyone dealing with cinema. It is an all-encompassing club — from big-budget mainstream movies to a tiny short film like ‘The Last Schnitzel,’ which had no ministry support and 80% of which was shot abroad.”

Tul Akbal, the chair of the Cinema Writers Association, sees “an extremely barren” future for arts and culture in the country.

“The climate in Turkey today is one of a very strong pressure. In fact, even this description is too mild for the situation we face,” she told Al-Monitor.

Referring to members of the cinema community who had backed the peace declaration, she said, “None of them is now able to have their projects approved.” A signatory of the statement herself, Akbal said she, too, had lost a job.

She noted that unlike others who refuse to toe the line, the members of the cinema industry face more indirect pressures that ostracize them and paralyze their work. “There is no authority to dismiss people from the cinema sector in Turkey, but you come to a point where you are denied all kind of support. A sort of a ‘black list’ is being enforced, and you face arbitrary actions such as license requirements for short films,” she said.

“This is a period of oppression at a scale that history has rarely seen. We are completely besieged,” she said. “The arts and culture realm in Turkey is heading toward a terrible, extremely barren state.”