David Friedman has played a key role in supporting Bet El near Ramallah. 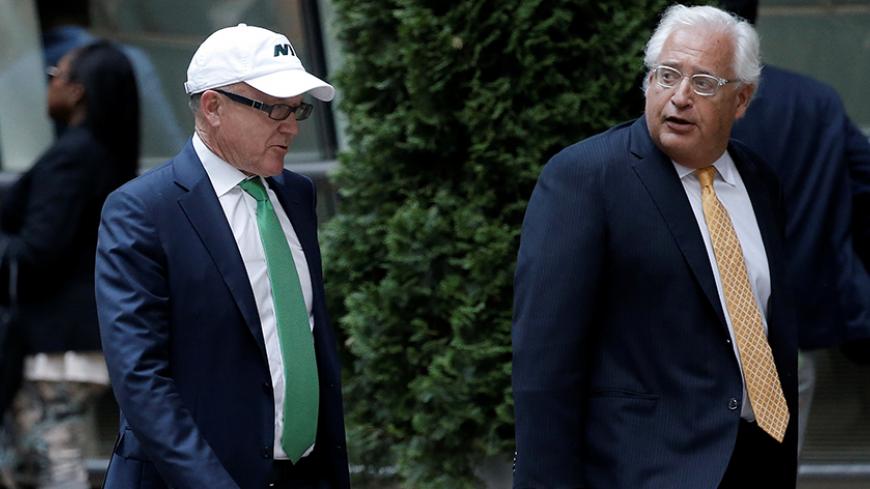 US President Donald Trump’s pick to serve as envoy to Israel is coming under intense scrutiny for his ties to West Bank settlements as the White House and the Israeli government continue to clash over the issue.

Netanyahu is under pressure from his right flank to pronounce the death of the two-state solution. Meanwhile, Trump last week told an Israeli newspaper that he wants to revive the peace talks with the Palestinians and that settlement growth isn’t helpful.

Friedman is stepping into that diplomatic minefield with his own history of derogatory comments toward peace activists that have made him a prime target for left-leaning American Jews. Senate Democrats, however, are also busy poring over his financial disclosure form, which Al-Monitor is making public for the first time.

The form’s most interesting feature is Friedman’s role as president of the American Friends of Bet El Yeshiva, a West Bank outpost of 1,300 families a stone’s throw from Ramallah. The hilltop settlement was first established in 1977 near the biblical Bethel, where Jacob dreamed of a stairway to heaven.

Friedman, the son of an Orthodox rabbi, has called Bet El a “critical component in our collective battle for the safety, security and unity of the State of Israel” and poured millions into developing the township. Plaques with his name and those of family members adorn buildings throughout the town.

For his critics, that commitment is exactly what precludes Friedman from making a good ambassador.

“It’s troubling that you have the ambassador-designate [be] someone who has raised millions of dollars to further this settlement enterprise that is a huge obstacle to Israel’s future as a Jewish and democratic state,” said Dan Kalik, the chief of staff for J Street, one of the groups leading the unprecedented push to reject a nominee for ambassador to Israel. “He’s far outside the mainstream of the American politics on this, and I think he’s far to the right of the current Israeli government, which has a stated policy [of support] for a two-state solution.”

The disclosure form obtained from the Office of Government Ethics merely lists Friedman as the president of American Friends of Bet El Yeshiva, with no description of the nonprofit’s purpose. Separate tax filings with the federal Internal Revenue Service simply describe its mission as aiding “the students, faculty and administration of Bet El Yeshiva.”

The nonprofit’s main annual expense, according to its IRS filings, is its annual fundraising dinner for Bet El. In 2014, American Friends of Bet El Yeshiva spent $171,000 for the dinner and sent $2 million to Israel under the rubric of “general support for school.” 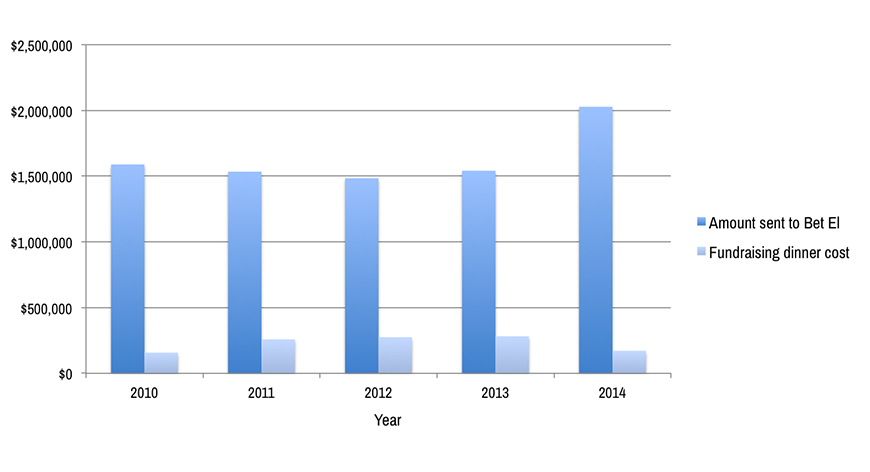 Other records, however, indicate that the nonprofit has a broad understanding of just what exactly that means. Tax filings with the state of New York, where the nonprofit is registered, clarify that “aid to students encompasses supplying them with books, housing, and to provide for their religious and moral convictions.”

Those records suggest that Friedman’s nonprofit is deeply involved in supporting the Israeli settler movement beyond merely helping students with their religious studies. A website for the dinner, a $500-per-couple affair touted as “the largest and most prestigious New York dinner of any Israel organization,” confirms that impression with a long list of causes that stand to benefit from the glitzy fundraiser: from the settlement’s Israel Defense Forces preparatory academy, to a family tourism operator, to a 120,000-circulation newspaper.

Together those organizations make up the Bet El Institutions, which share in the proceeds from the dinner. The American Friends of Bet El Yeshiva did not respond to a request for comment.

“Bet El Institutions is the largest provider of livelihood to the town's residents and the reason for the influx of most of the town's young couples,” reads the website for the dinner, which is registered to Bet El Institutions' director of development, Baruch Gordon. “Creating these ‘facts on the ground’ in the face of the international community's desire to uproot us is perhaps our most significant accomplishment.”

Gordon has called Friedman “a pioneer philanthropist and builder of Jewish institutions and housing projects in Judea and Samaria,” Israelis’ preferred term for the West Bank. Gordon did not respond to a request for comment.

The Bet El Institutions website goes on to describe the recent establishment of “online educational content and campus-based programs” to push back against what it calls the “distressing state of Jewish identity amongst Diaspora young adults, the acceptance of a ‘two-state solution’ within the mainstream American Jewish community and the anti-Israel atmosphere taking hold on many North American university campuses.”

“Our exciting new initiative inspires and trains students with the tools to successfully delegitimize the notion of a ‘two-state solution’ and to engage the most politically active — and often the most hostile — students on their campuses,” the website states. “While the people and students at Bet El carry the burden of defending Israel’s frontlines, register for our dinner to show them and the world unwavering support for the return of the Jewish People to all parts of their ancient homeland.”