In an interview with Al-Monitor, former governor of Ninevah province Atheel al-Nujaifi discussed post-Islamic State Ninevah, the motives behind the arrest warrants against him and the need for international assistance in the aftermath of the battle of Mosul. 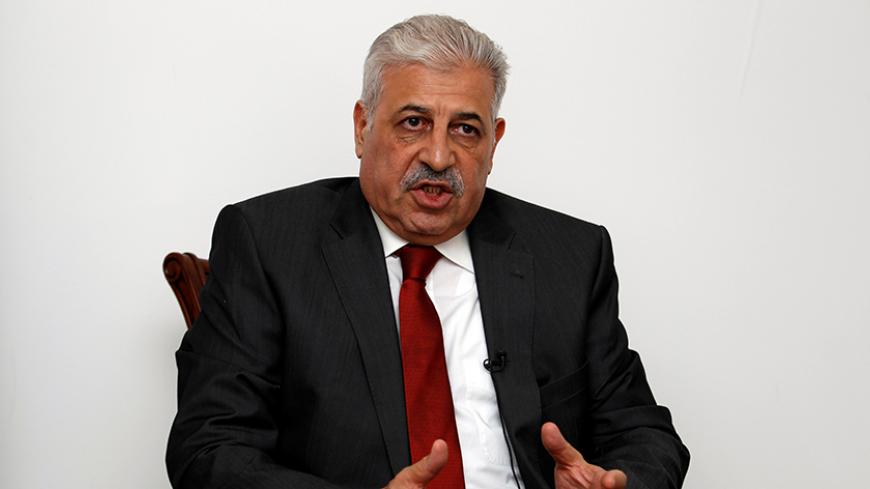 Atheel al-Nujaifi, the former governor of Ninevah province, has been accused by some in Iraq of being one of the reasons for the fall of Mosul on June 10, 2014, into the hands of the Islamic State (IS). Following pressure from Iraqi political blocs, the Iraqi parliament on May 28, 2015, removed Nujaifi from his position. However, he remained one of the most influential political figures in Ninevah province.

After that, Nujaifi established the National Mobilization Forces, later known as the Ninevah Guards, which joined the Iraqi state-affiliated Popular Mobilization Units (PMU). It has often been reported that a judicial arrest warrant was issued against Nujaifi. However, he has not been arrested despite his constant meetings with Iraqi government and security officials.

A controversial figure, Nujaifi is the brother of former Iraqi Speaker and current Vice President Osama al-Nujaifi. Al-Monitor interviewed Nujaifi from his current residence in Erbil, the capital of Iraqi Kurdistan.

Al-Monitor:  What is your post-IS political strategy in Ninevah province? Do you expect any changes in the political map within the province or the emergence of new parties and blocs different from those who existed prior to June 10, 2014?

Nujaifi:  Until now, no new political parties have taken shape in Ninevah province, but we expect two main political movement fronts. First, the struggle between moderates and extremists will turn into a new political movement led by civil moderate parties, while extremist religious parties will continue to wager on Shiite pressure, and it is unfortunate to see some smaller components that do not hesitate to grant extremists this opportunity. Second, a minor influence exercised by pro-Iran parties on some components and other affiliates opposed to the anti-Iran axis. As for the emergence and influence of political parties and figures, it will be limited to these two fronts.

Al-Monitor:  It seems that the media is still speaking about ongoing disputes in terms of land grabs in Ninevah. What is your role as the leader of a national guard composed of Ninevah residents? Will you take part in protecting areas along with other forces?

Nujaifi:  We are certain that Ninevah’s stability can be achieved if its residents take control of its security. However, there are no current local forces prepared for area protection other than Ninevah Guards. This is why we believe that delaying the participation of Ninevah Guards in securing the city is a dangerous risk, thus exposing the province’s security to imminent collapse and chaos, at which point they will be forced once again to call on Ninevah Guards for help.

We are well-aware of these risks. But we cannot impose ourselves because this would complicate the situation without offering any solution. This is why we have been sounding the alarm, and I hope Prime Minister Haider al-Abadi would listen and avoid the same mistake his predecessor, Nouri al-Maliki, made when he refused to heed the alarm and risk factors.

Al-Monitor:  What is the truth behind intermittent media reports about an arrest warrant issued against you? Hasn’t the issue been previously settled by a court acquittal? Why do you think it is being promoted now that the liberation of Mosul is close to being achieved?

Nujaifi:  All the arrest warrants that are being reported are nothing but political in nature. This issue is being used to exclude me from Mosul after its liberation. They realize that the people of Ninevah need a leadership in this stage to unite and guide them in their fight against extremism and help them deal with the aftermath of the war. For the past few years, they have tried to find an alternative leadership for Nineveh after removing me from my position as governor. However, their attempts to find a leadership capable of earning popular approval in Mosul have failed, and our group remained the most popular and influential in the city.

Now their arrest warrants are meant to deprive me of the opportunity to be with the people of Mosul, unite and guide them through this difficult time. Unfortunately, Baghdad officials are interested in the political battle, while the security challenge posed by IS is the most serious one. They don’t care if the leadership vacuum in Mosul encourages the extremists again.

Al-Monitor:  You have spoken of human rights violations perpetrated during the battle for Ninevah by Iraqi security forces, PMU or Tribal Mobilization Forces. What are the next steps for you after publicly revealing these violations? Are you planning to take legal action against those forces, or do you have other steps in mind?

Al-Monitor:  On the social level in Mosul, is there still social cohesion or has the situation changed in the past year and a half? What’s the truth behind a demographic shift?

Nujaifi:  To some extent, the residents of Mosul have not yet been able to absorb the shock. They still fear the return of IS and the terrible things before June 2014. However, the rejection of extremism is obvious, and the ordeal has actually reinforced social cohesion in the city. There are also no signs of a demographic shift, except for Christians, and as for other religious components, they are not originally residents of the city but of its outskirts.

Al-Monitor:  How accurate are the reports about appointing a military governor for Mosul in the post-IS era? Where do you stand on this issue? If true, and according to your information, who is the military figure most likely to assume the post?

Nujaifi:  This plan was subject to debate in the past, but Abadi rejected it. I believe that the current governor and provincial council do not represent Mosul’s leadership and, therefore, cannot be expected to play a positive role. Mosul’s administration will need a new and effective leadership, which could either be in the shape of a military or civil leader, a consultative council or any other form of leadership that is both familiar to the people and capable of representing them.

Al-Monitor:  You have visited the United States on several occasions since the fall of Mosul. What did you discuss? What did you promise US policymakers? Is Mosul going to need US military, political and economic support?

Nujaifi:  My previous visits and meetings were met with a negative response from the former Obama administration regarding the events in Mosul. The former US administration had the same view as that of the officials in Baghdad’s green zone. We know that those Iraqi officials were unable to make any difference or achieve reform. All the congressmen and senators I met told me not to expect any changes before a new US president takes office.

Now we would like them [US senators] to understand that Ninevah province in general, and not Mosul in particular, needs attention from the international community, mainly the US, because the problems are many, trust has eroded among the components and the power necessary to combat terrorism is not capable enough.

Al-Monitor:  Some have warned against a possible conflict, infighting or expansion of political disputes in Mosul following its liberation. Do these predictions match yours? Are they based on facts, or are they nothing more than unfounded speculations?

Nujaifi:  There are no major disputes in the city of Mosul. The only potential dispute would involve moderates and extremists. If left alone, the result could be an ideological and political conflict, not an armed one. But we fear external intervention aimed at imposing itself on the people. Indeed, there are some sectarian-fueled attempts, and they might lead to a conflict or armed confrontation if those responsible put pressure on the residents of Mosul.

Al-Monitor:  There are long-standing area disputes with Kurdistan. Have you reached new agreements or is the situation still the same? What is the truth behind the peshmerga’s expansion toward areas in Ninevah?

Nujaifi:  In general, I believe the Kurds understand political pressure and are able to face it positively. The dispute with the Kurds is political in nature and can be resolved through negotiations. Even the Peshmerga — we believe that their current presence is motivated by security concerns. Once a political agreement is reached, the peshmerga will comply with the orders of their political leaders.

Al-Monitor:  What do you make of Turkey’s military presence in Bashiqa amid the Iraqi government’s opposition to it?

Nujaifi:  I still believe that the war against terrorism is ongoing in the region. The presence of Turkish forces will depend on [the presence] of the rest of the international coalition, as well as the cooperation between them. The presence of these [Turkish] forces will also depend on the US need for its allies in the fight against terrorism. Therefore, we should not view the issue from a single perspective without discussing it with the coalition members.

Al-Monitor:  Which security and military forces do you wish to see in Ninevah after its liberation? Which parties do you reject? What about PMU-controlled Tal Afar?

Nujaifi:  We prefer the Iraqi army and forces from the people of Ninevah backed by international forces in order to achieve stability and make the citizens feel safe and secure. 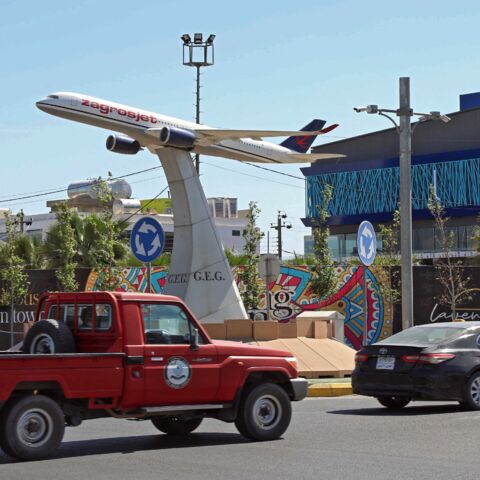