As Mosul battle looms, Iraqi parliament Speaker Salim al-Jabouri speaks to Al-Monitor about the current political situation in the country and discusses what the future might hold for Sunni-majority provinces.
Smoke rises from clashes with Islamic State militants on the southeast of Mosul. - REUTERS/Azad Lashkari

Salim al-Jabouri is the fifth Sunni Arab figure to become speaker of the parliament during the three post-2003 parliamentary terms. Jabouri belongs to the Islamic Party, which is said to be the Iraqi wing of the Muslim Brotherhood. He hails from Diyala province, which is witnessing political and demographic conflicts between Shiites, Sunnis and the Kurds.

Jabouri became parliament speaker in July 2014, succeeding his former ally and current rival, Osama al-Nujaifi. He has become one of the key players in Iraqi politics.

Al-Monitor interviewed him at his private office in central Baghdad's protected Green Zone. The text of the interview follows:

Al-Monitor:  Where do the Sunnis stand in the [future] post-Islamic State [IS] phase? What are your plans as Sunni leader for this phase?

Jabouri:  We have had a great deal of suffering and displacement, and our main goal now is to have the displaced return to their homes and to rebuild the mindset of many of them, especially those who had to drop out of schools and universities. There was a clear political imbalance. On the one hand, there were policies that led to breeding extremism, joining terrorist groups, promoting extremist slogans and clashing with the state. On the other hand, there was another approach whereby state-building requires stability and security, which, in turn, require the state to believe in stability, justice and freedom.

Moving forward, the parties representing Sunni provinces should find political consensus either as a single entity or as several entities. We are in favor of decentralization within the framework of the provinces, whereby each province turns into a region and an understanding is found with the political parties and the other components within a single state.

Al-Monitor:  Do you mean consensus among the Sunni blocs or between Sunni blocs and other parties?

Jabouri:  We will first seek internal consensus among the Sunni parties, and then we will look for a partner we can reach an understanding with within the same state.

Al-Monitor:  Will the Sunni internal agreement feature the same figures who existed before IS?

Jabouri:  Some failed to prove their worth and promote their theory, and the time is ripe for these to step aside and allow new figures to take the lead within the framework of the provinces. These figures should garner more support from the public. The new political Sunni figures should have political power and credibility.

Al-Monitor:  Do you fear a Sunni-Sunni clash following the IS conflict?

Jabouri:  The most important point in the post-IS phase that should be focused on is community relations and the fear of revenge and blood feuds. The state has to develop a plan parallel to the military plan, one with humanitarian, social, administrative, political and military aspects. These things can guarantee the restoration of stability, security and the previous life.

Al-Monitor:  Will Diyala province, which you represent, witness a conflict in the post-IS phase? Are there any efforts to change the demography there?

Jabouri:  The problem occurred when they thought — wrongly, I must add — that it would be ideal to use weapons to frighten partners. The outcome of that belief has been made obvious in the conflict plaguing the different components, but people have realized that no weapons should be allowed outside the framework of the state. I am convinced that Diyala is capable of returning to the coexistence phase.

There may be political conflict in Diyala, but at the community level, people will be keen to show a united stance and live [peacefully] together.

Al-Monitor:  What about the armed groups in Diyala? What is your take on them?

Al-Monitor:  Have you tackled Diyala during your recent visit to Tehran? Is Iran a major player in the fate of the province?

Jabouri:  We talked about Diyala and the political situation there during my recent visit. Diyala borders Iran, and it is an important and influential party for several parties in Diyala.

Al-Monitor:  Has the parliament turned into a space dedicated for interrogations?

Jabouri:  The parliament has played its role naturally and in accordance with the constitution and the law, and each person or group has to carry out the hosting and interrogation operations so long as these are constitutional. It is normal for differences to occur in parliament.

The parliament was more effective in [taking] the supervisory role in investigative committees, the interrogations and the hosting operations. Thus, assessments may be diverse, but I feel that this is a natural role played by any parliament in the world, and all the parliaments of the world have their differences.

Al-Monitor:  Do you think there is something stirring under what is currently known as the reform front in the parliament?

Jabouri:  The reform front is not a solid organizational group. It is based on the action of a group of [parliament] members from different parties. It would be wrong to believe that the reform front could play a destructive role to undermine the state or the government, or even convey political messages. [While the front] could have certain political considerations, in the end it has a supervisory role within a legal framework.”

Al-Monitor:  Do you think the reform front is a prelude to a cross-sectarian bloc or one that could answer to the desires of bloc leaders?

Jabouri:  It seems that the political parties were unable to clearly interpret [the idea of] leaving sectarianism aside within the context of their work. The reform front represents solidarity among parliamentary groups, aiming to push them toward taking action within the framework of parliamentary work.

Al-Monitor:  Do you think the Iraqi National Alliance (INA) with its new leadership will create a new relationship with the Sunni parties other than the one that was built when Nouri al-Maliki headed the government?

Jabouri:  The new head of the [INA], Ammar al-Hakim, is a good and acceptable figure able to crystallize the [INA] as an institution. But the [INA] is still asking itself who its partner should be, and we are also asking them: Who do you favor as a partner? Will it have a tendency toward the old close alliance with the Kurds, or is it looking for a Sunni partner? If the Sunnis do not agree, which party will achieve understandings with the [INA]? The Sunni blocs are required to have a common vision, not necessarily as a single entity — but they should present a united front over which they could negotiate with other parties in the Iraqi state.

Al-Monitor:  Do the Sunni blocs need to reconcile with one another, especially since there are significant divisions between them?

Jabouri:  The United Nations has a reconciliation project that it intends to present, and it is important that everyone accept it. There is a semifinished project to achieve community reconciliation, and it stems from comprehensive national foundations. The majority of this project’s items are still being discussed, and if they are agreed upon, the project will provide an important model for the next stage in Iraq. I have unofficially overseen these items, and they will be shared with all political parties.

Al-Monitor:  There are calls to divide Mosul. How does a Sunni leader like yourself feel about them?

Jabouri:  The parliament believes the situation in Mosul should be determined by its own people. Personally, I'm against the division. I am for maintaining the administrative borders of Ninevah and against any outside interference in its affairs.

Al-Monitor:  What about the [alleged] abuses committed by the Popular Mobilization Units? Have you filed lawsuits? Do you have evidence and proof?

Jabouri:  We have filed lawsuits regarding some incidents, and we spoke to international organizations about such violations. We have filed a lawsuit regarding the Saqlawiyah incidents; those who killed, kidnapped and pointed their weapons at the wrong people have clearly abused the state.

Al-Monitor:  How possible is it for the conflict in Anbar between the Islamic Party and the Sunni Waqf [Religious Endowment] to result in new conflicts?

Jabouri:  If we do not learn from our previous experiences, new political disagreements could arise and thus harm the community. The Sunni Waqf must not be involved in politics. There are personal conflicts that should be settled.

Al-Monitor:  What is the nature of the current relationship between you and Maliki?

Jabouri:  It is a normal relationship, like any other relationship with any prominent figure. The only difference is that it is at a stage of understanding, but there is no alliance or agreement. There is understanding in terms of managing crises within the parliament and the political process. There is no denying that there is joint coordination with the head of the [INA], [Hakim], and Prime Minister Haider al-Abadi. I think this is a normal relationship that is limited to discussions and dialogues, but no alliances.

Al-Monitor:  What is the nature of your personal relationship with Iran? It is said to be stronger than the relationship between the Shiite leaders and officials there. 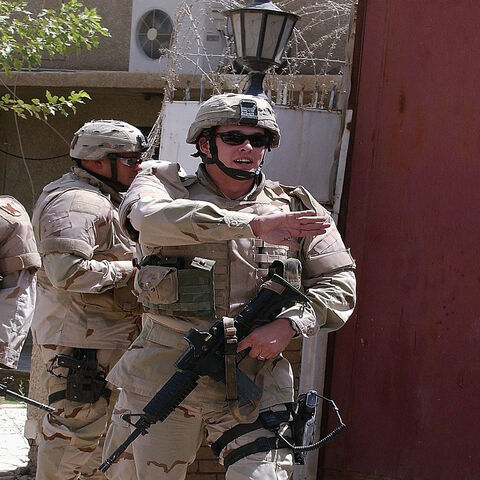