Iran's Rouhani warns military not to intervene in elections 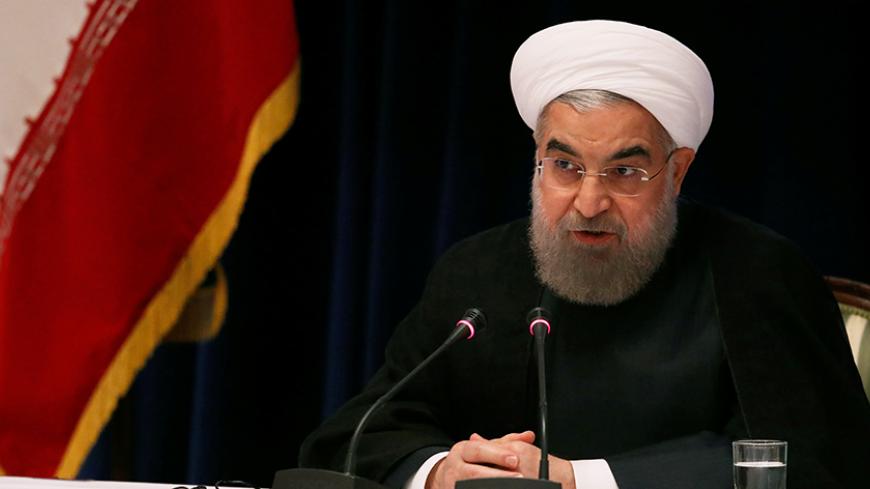 Iranian President Hassan Rouhani said in a speech to election officials that he wants to ensure a smooth presidential election in May and warned off any potential government groups that might attempt to rig the vote in their favor.

“We all have to be careful that government resources are not used in favor of one individual or party,” Rouhani told the officials Feb. 25. “This is a sin. By government, I mean the executive, the judiciary, the armed forces. I mean all the organizations that use public funds. No one has a right to use a public platform, public media, newspaper or website that uses public funds in the election.”

With regard to interference in the election from other bodies in the government, Rouhani said, “We have to take a stand if someone commits a violation, if someone uses public funds, a military force, a security force, an armed force. We have to say something, we have to stand up.” This final comment received applause from the audience members.

While Rouhani did not make any specific allegation, there were accusations that the 2009 presidential election was rigged and that conservative figures close to Mahmoud Ahmadinejad had manipulated the ballot box to secure his re-election against the Reformist candidates. That election led to protests, hundreds of arrests and dozens of deaths and created a crisis that conservative officials fear could resurface at any moment.

While Ahmadinejad has said he has no plans for the upcoming president election, his former Vice President Hamid Baghaei, announced that he would be running in the election, a view that many believe would open the door for the former president to step into national prominence once again. Ahmadinejad’s former right-hand man, Esfandiar Rahim Mashaei, broke his nearly four-year media silence to express support for Baghaei. “We are here to announce that we will continue the path of Dr. Ahmadinejad,” Mashaei said at a press conference Feb. 26.

Mashaei continued, “I take pride if I have similarities with Ahmadinejad, but I can say that Baghaei is more like Ahmadinejad.” He also said that Baghaei “has no competition” in this election.

Despite not running in the election, Ahmadinejad still makes top headlines in the Iranian media. His most recent act was a Feb. 26 letter to US President Donald Trump. In the 3,000-world letter, Ahmadinejad clarified that reaching out to the president was not a political act but rather from one “human to another human.” However, Ahmadinejad did offer a 10-point recommendation to the American president. Ahmadinejad’s staff published the article both in Persian and English.