No major deals likely at Astana talks on Syria

The Syrian sides are making no promises at the peace talks in Astana, and despite their joint support for a political solution, neither are Turkey and Russia. 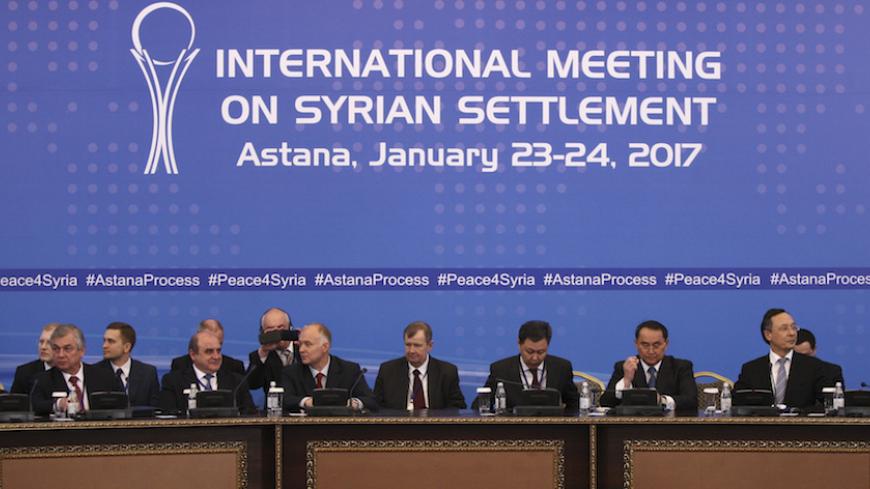 Turkey warned that there are no quick solutions to Syria’s six-year conflict as peace talks bringing together the warring sides and their regional backers kicked off Monday in the Kazakh capital Astana.

“A solution in one or two days should not be expected,” Turkish Deputy Prime Minister Numan Kurtulmus said, signaling concerns that the latest stab at peace may well fail.

The immediate purpose of the talks sponsored by Russia, Turkey and Iran is to solidify the shaky cease-fire that has largely held despite occasional violations throughout Syria.

The rebels led by Mohammad Alloush, a leading figure in the Jaish al Islam (Army of Islam) faction and Syrian government representatives led by the country’s envoy to the United Nations, Bashar al-Jafaari, did not hold face-to-face talks and relied on Turkey and Russia to relay their messages instead.

The language used by the sides was hardly promising: Jafaari referred to the rebels as “terrorists” and Alloush said that the rebels’ preferred choice was a political solution but that it was “not the only one.”

The United States, citing transition business, declined to take part at the last minute and Ahrar al Sham, one of the most powerful rebel groups with close ties to Turkey, said it wasn’t coming either, citing regime violations of the cease-fire in the Wadi Barada area near Damascus.

Still, it is the first time that armed opposition groups have parlayed with the government, albeit from separate rooms. The talks are also meant to lay the groundwork for a future round of United Nations-sponsored discussions that are due to be held in Geneva next month.

And whatever the outcome, the Astana meeting showcases the realignment of key actors in the conflict, above all Turkey.

Ankara has arguably paid a higher price than any for the carnage in its backyard, hosting three million Syrian refugees and facing the wrath of the Islamic State, which claimed responsibility for the New Year’s Eve attack on an Istanbul night club that claimed 39 lives.

In a bid to reverse course, Turkey has in recent months bowed to Russian demands to withdraw its support for the rebels in Aleppo, allowing the regime to regain control over Syria’s second-largest city seen as key to any victory. The quid pro quo was that Russia would not stand in Turkey’s way as it cleared IS from its borders and also pursued the Syrian Kurdish People’s Protection Units (YPG) around the IS-held town of al-Bab.

Russia long advocated for the participation of the YPG-affiliated groups in the peace talks but it went along with Turkey’s demands that they not come to Astana.

Washington, which previously sided with Turkey on the matter, now says the YPG’s political arm, the Democratic Union Party, must be represented. More critically, Turkey’s hopes that the new US administration will heed its calls to scotch the US alliance with the Syrian Kurds and team up with Turkish troops and their rebel proxies in a planned offensive against the IS “capital” Raqqa instead will likely be ignored.

Turkey’s three-month-old offensive to capture al-Bab, part of an effort to keep the Syrian Kurds from linking up territories under their control, is hardly burnishing its credentials. Progress has been slow and Turkish casualties are mounting despite sustained Turkish airstrikes that have destroyed entire sections of al-Bab and killed at several hundred civilians, according to the London-based Syrian Observatory for Human Rights.

Syrian Kurdish officials speaking anonymously told Al-Monitor there is growing evidence that Turkey is willing to let Syrian regime forces to finish the job instead. “The regime is getting closer to al-Bab by the minute and Russian airstrikes are clearing their path,” one of them said. “It’s the only outcome acceptable to Iran.”