Turkey wants safe zone, but can it maintain one?

The US president is listening to Turkey’s continuing calls for a "safe zone" in northern Syria, but resistance to it is still strong, as all is not quiet in the areas already under Turkish control. 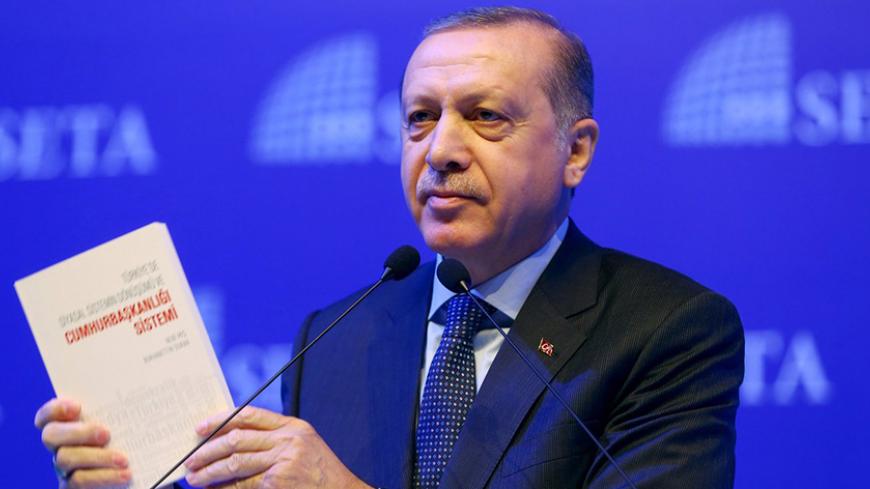 Turkish President Recep Tayyip Erdogan repeated his government’s intention to create a “safe zone” in northern Syria that would be “expunged of terror” and where “our Arab and Turkmen brothers will find the opportunity to resettle.” Speaking at a news conference during an official visit to Bahrain, Erdogan explained that Turkey’s goal was to establish a zone that would cover up to 5,000 square kilometers (3,000 square miles), and he urged the US-led coalition to “act in concert with Turkey” in a planned offensive against Raqqa, the self-proclaimed capital of the Islamic State (IS).

US President Donald Trump has also raised the possibility of establishing a safe zone in Syria and tasked the Pentagon with coming up with plans for one. Russia remains firmly opposed to the concept, however, especially one along the Turkish border, where opposition rebels could potentially regroup and relaunch their fight to overthrow Syrian President Bashar al-Assad.

If such a zone is established at all, it would likely be along the Jordanian border. A coalition official told Al-Monitor that details remain vague, but the idea is not to create a traditional safe zone, which would require the presence of a large number of ground troops, but rather to bolster security for the forces already controlling the area. The official was referring to an area bordering Jordan controlled by a CIA-vetted rebel coalition called the Southern Front, an approach that analysts say could simultaneously help to disrupt Iranian activities in Syria, protect Jordan from radical Sunni Islamists and put pressure on IS.

All is not quiet in the areas currently under Turkish control.

Erdogan’s comments on a safe zone came as Turkish troops and their Free Syrian Army (FSA) proxies inched their way into the IS-held town of al-Bab. The semi-official Anatolia News Agency reported the combined force of Operation Euphrates Shield had entered al-Bab from the west, capturing 40% of the town proper so far.

Another Turkish soldier died in the offensive today, raising the death toll among Turkish troops since they entered Syria in August to 73. The investigative journalism site Bellingcat confirmed that Turkey has also lost at least eight Leopard tanks and a Sabra tank during the al-Bab offensive.

Meanwhile, FSA units closed in from the south of the town, taking control of the Tadef junction and halting the advance of Syrian regime forces, according to Anatolia. The report points to the continued risk of clashes between regime forces and the rebels and Turkey. Russia is struggling to de-escalate the situation, but on Feb. 9 accidentally killed three Turkish soldiers itself when it dropped a bomb on a building housing them near al-Bab.

President Vladimir Putin rang Erdogan to convey his regrets, but a Kremlin spokesman blamed Turkey, saying Russian pilots had been “guided by coordinates” from “Turkish partners.” The Turkish Armed Forces swiftly rebutted the claim, saying the men had been there for 10 days and that Russia had been alerted to their position a day prior to the incident.

Some commentators speculated that with CIA Director Mike Pompeo visiting Ankara, the Russians had acted deliberately to warn Turkey against reviving plans for a safe zone with the United States. A likely explanation is that the Russians misaimed. Turkish Deputy Prime Minister Numan Kurtulmus said the deaths were being investigated but added, “According to initial information we received, it’s a total accident.”

Whatever the truth, Ankara is having a difficult time justifying the rising number of casualties for an operation whose goals remain blurry at best. Turkey says the aim is to defeat IS, but also to crush the Syrian Kurdish People’s Protection Units (YPG), which remains the US-led coalition’s most efficient partner against IS on the ground.

Turkey continues to shell YPG positions in Afrin and west of Manbij as part of an effort to prevent the Syrian Kurds from linking territories they control to the east of the Euphrates River with Afrin to its west. Turkish officials suggest, however, that they would not oppose an autonomous Syrian Kurdish administration so long as it is confined to the east of the river. They are demanding that the Kurds pull out of Manbij, situated to the west of the Euphrates. Erdogan has repeatedly threatened to drive the YPG out of Manbij, which the YPG-led Syrian Democratic Forces wrested from IS in August, if they fail to comply.

Linking up with Afrin is as dear to the Syrian Kurds as controlling Kirkuk, the Kurdish “Jerusalem,” was to the Iraqi Kurds. Thanks to IS’ June 2014 assault against Iraqi forces, they were able to fulfill their dream. With the Syrian Kurds' westward access to Afrin cut off by the Turkish move on al-Bab, the YPG is unlikely to relinquish its foothold in Manbij.