What's at stake in Syria 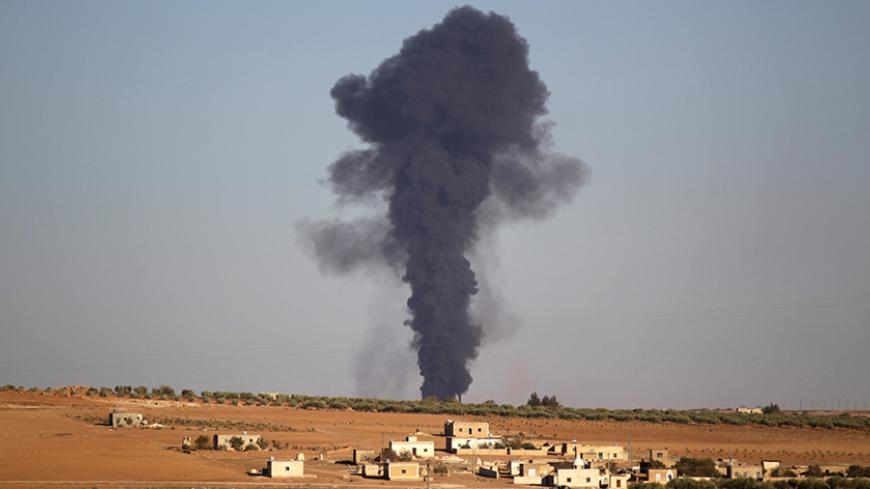 ARIMA, Syria — As three contentious forces are about to converge at the critical city of al-Bab in Syria, Turkey is stirring up conflicts and already setting its sights on the next prize: Manbij.

The Turkish army is currently at the gates of al-Bab, battling Islamic State (IS) forces. The Syrian army is 6 miles to the south, and the Kurdish-led Syrian Democratic Forces (SDF) are nearby to the east and west.

Al-Bab is an important area for the regime, given that the town of 70,000 people is only 24 miles northeast of Aleppo. The Gulf Times reported Dec. 9 that Syrian government troops have captured about 85% of the territory that opposition forces had controlled in eastern Aleppo.

Developments in al-Bab are linked to clashes in Aleppo. Turkey is reportedly transferring opposition fighters withdrawn from Damascus, Homs and Aleppo to the al-Bab region to form a paramilitary force under its control.

Turkey sees control of al-Bab as a key for its ruling Justice and Development Party to have a say in the future of Syria and to prove the futility of Kurdish aspirations to form and control a corridor along the Turkish border. Both the United States, which supports Turkey, and Russia, which gave Turkey the green light to advance on al-Bab, are suspicious of Turkish President Recep Tayyip Erdogan and his intentions.

Russia, which supports Syrian President Bashar al-Assad, allowed the Kurdish People's Protection Units (YPG) to advance toward al-Bab in between the Turkish Armed Forces (TSK) and Assad's troops. This enabled YPG-SDF fighters to create a de facto buffer zone between the Turkish forces and the Syrian army. Some analysts say Moscow staged a coup against NATO by drawing Turkey to the area Russia controls. As Ankara is devoid of international coalition support in the region, Turkey’s moves are subject to Russian control and whims — even though there is no love lost between Assad and Erdogan.

Manbij Military Council spokesman Shervan Dervish assessed the situation on the front for Al-Monitor. He alleged that Turkey is hindering the fight against IS. "[Near] Raqqa, SDF and YPG scored major gains against [IS]. This is when Turkey intervened and blocked our Raqqa offensive," he said. Both Turkey and the Kurds would like to control Raqqa. Turkey believes the YPG is linked with a terrorist group and is seeking to establish that Kurdish corridor along Turkey's border.

The SDF, as it moves closer to Raqqa, is still fighting IS some 15 miles to its north. IS considers Raqqa its capital in Syria.

Now the area the SDF saved from IS, with the support of the international coalition, is under attack by Turkey — a member of that coalition. These attacks are taking place within eyesight of the US military, Dervish said. The people of western Kurdistan in Syria (Rojava) and northern Syria are upset and trying to find alternative solutions.

"We were shocked by the silence of the international coalition. They are making some attempts to find a solution with Turkey, but we don’t understand their silence," Dervish said.

Regarding Manbij, Dervish noted that the YPG withdrew from that area Nov. 27 after reaching an agreement with the international coalition.

"But two days later, the Turkish army and its allied FSA [Free Syrian Army] units began attacking our forces," Dervish said. "Coalition forces have promised to defend Manbij. … Sadly, our local troops are under heavy attack by Turkey, which is supposedly a part of that coalition. We have had casualties in those attacks." Dervish said the Manbij Military Council force has 5,000 fighters, including 1,000 who were trained and armed by the coalition.

In the meantime, Turkey also is creating consternation on the al-Bab front, according to Jamal Abu Jouma, general commander of the Al-Bab Military Council, which is fighting under the Kurdish SDF banner.

"To rescue our people squeezed between [IS] and the Turkish Armed Forces [TSK], we opened a 4-kilometer-wide and 12-kilometer-long [2-mile by 7-mile] corridor toward al-Bab. Turkey is constantly hitting this corridor," said Abu Jouma.

"There are three camps for civilians between Sab Weran, Kawikli and Bogaz villages. Upon their pleas, we decided to open this corridor to extricate them. These people don’t want to go through the area controlled by the TSK. About 2,000 people succeeded in reaching our lines, but heavy TSK shelling closed that route," he added.

Adnan Abu Amjed, general commander of the Manbij Military Council, also stressed the importance of protecting those who are trapped from Turkey's attacks. Abu Amjed told Al-Monitor the coalition wants the SDF to withdraw to Manbij’s periphery.

"We can’t accept that. People living in those areas are our people. It is our duty to defend them," he said.

Kurds who inhabited the area covered by Turkey’s Operation Euphrates Shield are now mostly in exile in Afrin and Kobani. Dervish insisted Turkey is trying to alter the makeup of the area's population. "By targeting the demographic structure at al-Rai, Jarablus and al-Bab, Turkey is changing the structure of the region. People are emigrating because of lootings and instability."

Another problem is Turkey’s inability to impose its rule and achieve stability, thus leaving the people at the mercy of the Islamic militant groups Jabhat Fatah al-Sham and Ahrar al-Sham.

As long as the Syrian army needs al-Bab to recapture Aleppo, Turkey won’t be able to take the risk of capturing al-Bab. Syria’s defense industry’s main components and the biggest international airport are just south of al-Bab.

All told, advances by the Turks, the SDF and the Syrian army toward al-Bab will only deepen and inflame the conflict. The situation's complexity makes one forget that the major threat was IS, which now seems to be of secondary concern.