Ankara-PKK divisions could have major impact on Raqqa battle

As the operation to clear Raqqa from IS continues, tensions are rising in the al-Bab region to the north of Aleppo, where a clash between Free Syrian Army forces supported by Turkey and local fighters backed by the People's Protection Units is becoming more likely. 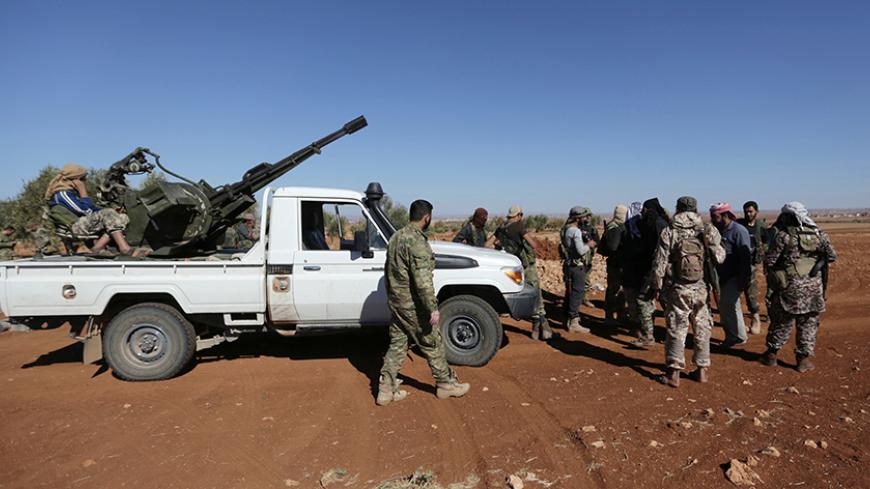 AIN ISA, Syria — Operation Wrath of the Euphrates, launched Nov. 4 to liberate Raqqa, continues. As of Nov. 17, when this article was written, the Syrian Democratic Forces (SDF) were 28 kilometers (17 miles) from the Raqqa city center.

The Raqqa operation is advancing more quickly than anticipated. Fighters on the front line, who have coalition air support, claim the Islamic State (IS) cannot hold up against them. Al-Monitor spoke with the operation's spokesperson, Jihan Sheikh Ahmed, in the field. Ahmed said they are going to start the siege of Raqqa as planned, but the urban phase of the battle will be planned differently.

The forces fighting on the ground haven’t yet received the expected heavy weapons. Al-Monitor observed that the United States was providing support with aerial attacks and mortar fire. Ahmed said, "We haven’t received as much heavy weapons support as we expected to completely and quickly take Raqqa.

The Raqqa operation is as much a political issue as it is a military one, and how the US coalition approaches northern Syria politically will affect the outcome of the operation. The Raqqa operation has been advances on a quick pace in rural areas, but clearing the region totally from IS will depend on the military and political support of major powers. That may take time.

While the Raqqa operation continues, there are other interesting developments in northern Syria (which the Kurds call "Rojava"). Especially in the al-Bab region, the situation gets more complicated by the day. On the one hand, there are the Free Syrian Army (FSA) groups backed by Turkey, and on the other, Kurdish and local Arab forces led by the People's Protection Units (YPG). To the south stand Syrian regime forces.

The SDF took Manbij with YPG support. In response, Turkey-backed FSA groups entered the area from Jarablus and advanced on the Mare-al-Rai line. Turkey does not want the YPG and SDF in al-Bab because that will ensure a link between Manbij and the Kurdish canton of Afrin, namely, an unbroken line from the east to the west in northern Syria. Turkey's obsession, the "Kurdish corridor," will be a fact on the ground; therefore, the river crossing at al-Bab is vital for all factions right now.

Forces under the al-Bab Military Council, also supported by the YPG, are expected to surround the city soon. The SDF offers support for the operation. To the south of the city, the Syrian regime forces are preparing for an attack but that is not expected for now. The Syrian state and Russia do not want the FSA groups backed by Turkey to enter al-Bab, because then the gates will be open for these groups to enter Aleppo. Such a development would contradict the regime's goals.

As these developments were unfolding, the United States and the YPG made an interesting move. Brett McGurk, US President Barack Obama's special envoy for the anti-IS coalition, announced that "the YPG forces that completed their mission will retreat from Manbij." Two hours later, the YPG announced their retreat from Manbij and footage was released showing their withdrawal over the Euphrates River.

It was announced that the YPG forces that retreated from Manbij would join the Raqqa operation. In return for this move, the United States apparently stopped the Turkey-backed FSA groups from entering al-Bab. The YPG retreated from Manbij to keep the Turks from entering al-Bab. US officials also emphasized that they are not offering support for Turkish troops in the al-Bab region. Thus, under current circumstances, the city of al-Bab will come under control of the al-Bab Military Council that consists of local Kurdish, Arab and Turkmen fighters. Of course this will not be easy.

If this operation is completed successfully, then the Turkey-backed FSA groups will stay in their current positions. The "corridor" that the Turks have fervently opposed between Afrin and Jazeera will be open. But this corridor will not have the colors of the Kurds or the YPG, because of stern Turkish opposition and US support for Turkey. In return, the SDF and YPG fighters are expected to push harder toward Raqqa.

Everyone in the region who spoke to Al-Monitor said that the situation will not continue as planned. Authorities in northern Syria expect Turkey to attack them at any time, and they are on alert. YPG spokesperson Firat Xelil told us Turkey has now become their primary threat. He said IS is almost defeated now, but the biggest threat is from Turkey. He added, however, that they still want to remain friendly with Turkey.

Looking at these comments, it is a matter of time for a conflict to erupt between the Turkey-backed FSA around al-Bab and Manbij and the SDF, which has a strong Kurdish element. US forces are trying to delay this conflict so the Raqqa operation isn't derailed.

If things do not go as planned but groups under Turkey's control enter al-Bab and expel IS, then al-Bab Military Council fighters will not stay passive and fight against external groups brought over by Turkey. Conflict will spread in the region. Turkey can attack Afrin and Manbij by using this conflict as an excuse. Then, the war between Turkey and the Kurds will have spread to northern Syria. This is a very worrying risk right now.

In short, unless Turkey and the Kurds reach a compromise and peace within the borders of Turkey, the cauldron will keep boiling in northern Syria. A possible reconciliation will ease Kurdish-Turkish tensions in northern Syria. But in the current situation, all signs point to clashes and more tension as the Turkish state sees the Kurds' having legal status as a great threat to its national security. 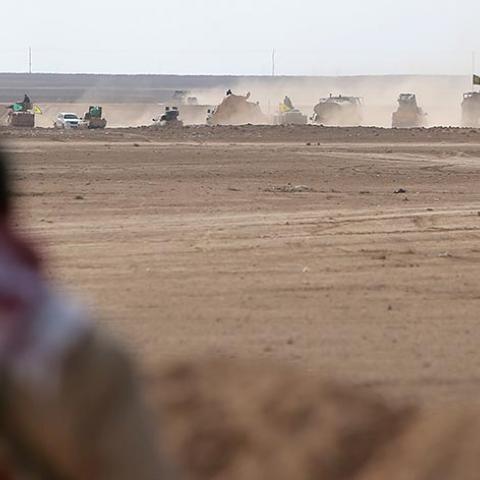 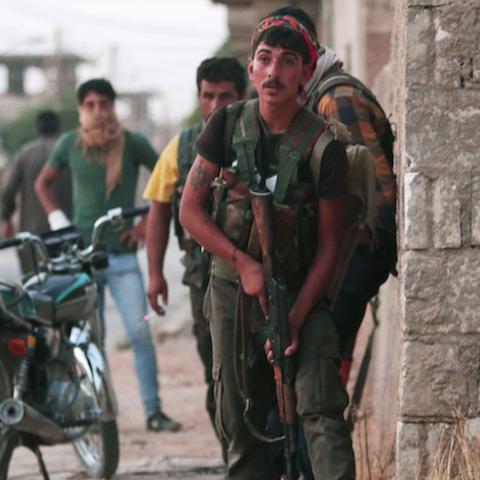 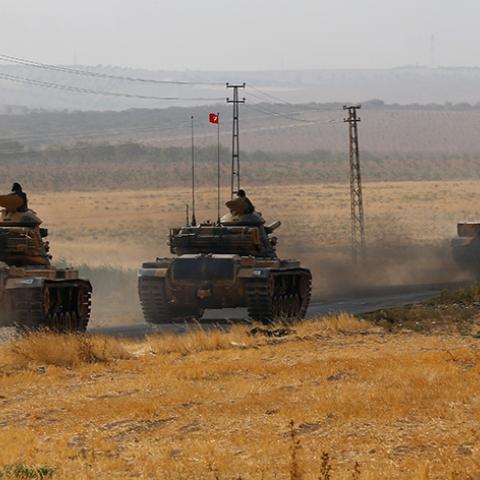