Iraq has been stepping up its mediation efforts to achieve a Saudi-Iranian reconciliation amid a conducive political and economic environment. 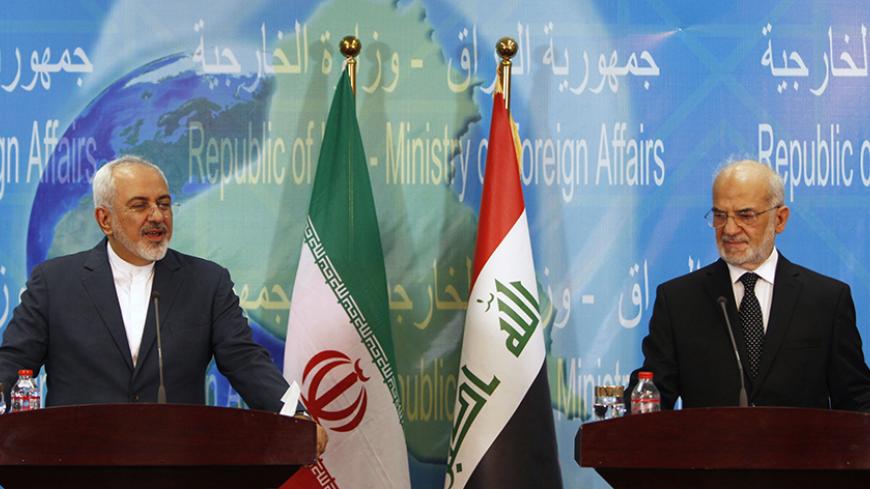 On Jan. 14, Iraqi and Iranian media reported that Iraqi Foreign Minister Ibrahim al-Jaafari offered to mediate between Iran and Saudi Arabia in order to overcome their disputes and restore their bilateral relations that were ruptured following the Jan. 2, 2016, attack on the Saudi Embassy in Tehran. The attack came after a series of diplomatic tensions between the two countries over incidents such as the 2015 hajj stampede in Mecca that killed more than 450 pilgrims and Saudi Arabia’s execution of dissident Shiite cleric Nimr al-Nimr on Jan. 2, 2016.

Jaafari confirmed these reports, saying that he has been engaged in mediation efforts since last year. “I’ve indeed exchanged messages between officials from the two countries,” he said, according to what Reuters reported from Iranian state TV. Jaafari added, “Any crisis in Saudi-Iranian relations also affects Iraq as well and vice versa.”

Jaafari’s mediation attempt followed official efforts by Gulf Cooperation Countries (GCC) to thaw the ice between Tehran and Riyadh and open channels of dialogue. Kuwait’s Deputy Foreign Minister Khaled al-Jarallah said Dec. 1 that the GCC countries are trying to send a message to Iran on behalf of the council, inviting both countries to dialogue meetings, adding that Kuwait will be transmitting the message to Iran and that “contacts with Iran are ongoing to set a convenient date to deliver that message.”

On Jan. 17, Iranian President Hassan Rouhani said that at least a dozen countries, including Iraq and Kuwait, have offered to mediate between the Islamic republic and the kingdom, indicating that Iran hailed these efforts and wishes to be on good terms with everyone, especially the Gulf states and Saudi Arabia. Rouhani’s statement was previously echoed by Iran’s Secretary of the Supreme National Security Council Ali Shamkhani and Foreign Minister Mohammad Javad Zarif, both wishing to renew relations with the kingdom.

Iraq offered to mediate in January 2016, notably after tensions rose between the two countries in the aftermath of the attack on the Saudi Embassy. At that time, Jaafari said, “The recent feud involving Iran and Saudi Arabia led Iraq to immediately take the initiative,” adding that the Iraqi Cabinet decided to react quickly in order to defuse the tension between Iran and Saudi Arabia, but to no avail. Germany attempted a mediation in February, one that also proved unsuccessful due to the lack of response on both sides.

The question is whether the time has come for mediation between Iran and Saudi Arabia. Is Iraq impartial and capable enough to influence the two countries’ positions, and therefore achieve a reconciliation?

The answer to this question depends on whether the two sides are willing to achieve reconciliation. In fact, both need to overcome their differences amid the current circumstances and reach a settlement — even partial — on specific matters. This has indeed taken shape in the two countries’ agreement to curb oil production during the OPEC meeting in Algiers on Sept. 28. This agreement resulted in the largest cut in oil production since 2008; hence the considerable price increase. Economic interests brought the two rivals to the negotiation table, yielding an unprecedented agreement in the midst of the exacerbating crisis between them.

As for the hajj stampede, head of the Iranian hajj mission Seyed Ali Qadi Askar announced Jan. 10 that he had received an invitation via Saudi Arabia’s consulate in New York to hold meetings to discuss plans for the 2017 hajj. Iranian hajj pilgrims were estimated at 60,000 in 2015, which is one of the largest numbers of pilgrims from a single nation, not to mention the sizable number of Iranians visiting Mecca and Medina regularly each year. For the kingdom, this represents a valuable economic profit, let alone the fact that Saudi Arabia does not wish to restrict any Islamic country from participating in the hajj to preserve its reputation in the Islamic world. Furthermore, Iran is not willing to restrict its citizens from performing the hajj as Iranian pilgrims would look for other ways to go at the expense of governmental control and supervision involving such a sensitive issue as the hajj.

As far as regional disputes, recent developments seem to be bringing the two rivals closer to reconciliation. First, Lebanon saw the formation of a Cabinet after a long period of deadlock. The Future Movement — close to Saudi Arabia and led by Prime Minister Saad Hariri, who holds dual Lebanese and Saudi citizenship — reached a political consensus with Hezbollah, the Lebanese Shiite party close to Iran. It is not unlikely that rapprochement will also be the case in Yemen and Syria, especially since the new US administration wishes to pacify the situation in the Middle East and bring about a relatively more stable status quo.

Despite the obvious change in Saudi Arabia and Iran’s public policies in the direction of bilateral relations, there are still some voices, particularly from the military, calling for the continuation of the cold war pitting the two countries against each other. On Jan. 14, the commander of Iran’s Islamic Revolutionary Guard Corps in Iranian Kurdistan, Mohammad Hussein Rajabi, criticized the Iraqi Kurdistan Regional Government for allowing Saudi Arabia to open its consulate in Erbil, accusing it of espionage and conspiracy against Iran.

Iraq's religious and political diversity represents a strong political asset that could enable the country to achieve a successful mediation between Iran and Saudi Arabia. For instance, Kurdistan and Sunni parties maintain good relations with Saudi Arabia and Shiite parties have similar relationships with Iran that can be invoked by Iraqi diplomats to bring about the reconciliation.