The Palestinian government approved a decree law to establish courts to examine local council elections to overcome the controversy that caused the postponement of local elections in October 2016, but Hamas has voiced its objection to the move. 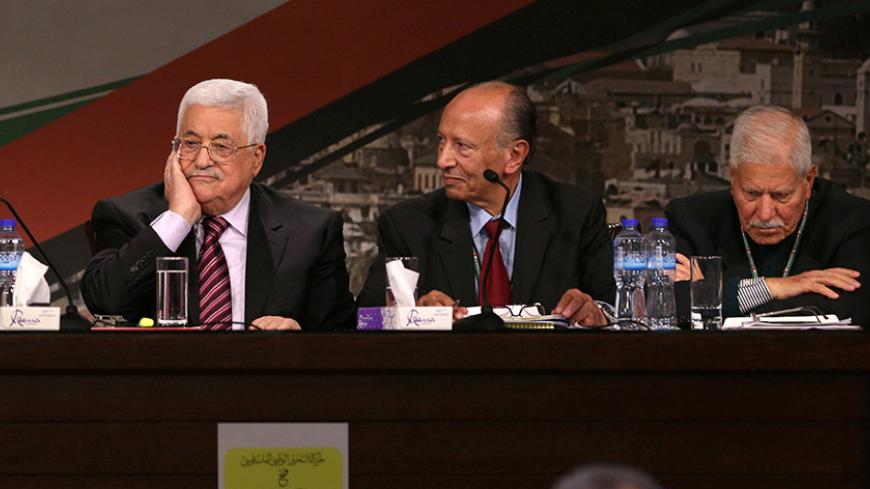 RAMALLAH, West Bank — Talk about the intention of the government in Ramallah to hold local council elections in the West Bank and the Gaza Strip has resurfaced in the Palestinian street, after a draft decree law to establish an elections court to examine all challenges and legal issues relating to the local council elections was approved Jan. 3. Indeed, the draft decree law was referred to President Mahmoud Abbas to be duly promulgated and published in the official gazette.

The government's move is an attempt to overcome the dispute that led to the postponement of the local council elections that were scheduled to take place on Oct. 8, 2016. Several lawyers had submitted appeals before the High Court of Justice in Ramallah challenging the legitimacy of the Gaza courts and judiciary tasked with evaluating local elections, following a decision issued by the Court of First Instance in the Gaza Strip disqualifying a number of Fatah electoral lists. The High Court decided to hold the elections in the West Bank and cancel them in Gaza, but the government, which sought to hold elections both in Gaza and the West Bank, refused to do so on Oct. 4 and postponed the local council elections for four months.

The local council elections law No. 10 of 2005 stipulates that “the Court of First Instance in each region shall be competent to examine challenges against the electoral lists.” The decree law approved Jan. 3 will amend this paragraph to allow the elections court established in accordance with the general election law No. 1 of 2007 (governing presidential and legislative elections) to examine electoral cases and challenges, provided these courts are formed before holding general elections and dissolved after their completion.

Jihad Mashaqi, the head of the Appointments and Election General Directorate at the Ministry of Local Government, told Al-Monitor, “The amendment of the local elections law aims to make the court of presidential and legislative elections the sole judicial authority competent to examine and settle matters related to the local council elections. Therefore, the Courts of First Instance would have no jurisdiction in this regard.”

The government is expected to decide to hold the local council elections in May 2017, based on the decision in October to postpone the elections for four months with an additional 90-day period, the legal time that the Central Election Commission (CEC) needs to prepare for elections.

Mashaqi said, “The government is keen on having elected local councils and wants to set an early date for the elections, as it believes it is the people’s right to elect their representative. However, it has yet to decide on a specific date.”

He added, “Most of the Palestinian factions and the civil society organizations demanded during their meetings with the Ministry of Local Government the establishment of a local council elections court to avoid any disputes that might hinder the holding of elections as happened before."

The government’s approval of the amendments to law No. 10 of 2005 and the establishment of an elections court as a first step toward holding local council elections was categorically rejected by Hamas, which saw this step as a favor to Fatah.

Hamas spokesman Hazem Qasim told Al-Monitor, “The government’s amendment of the law is unacceptable since it is not the competent authority to do so. This rather falls within the prerogative of the Palestinian Legislative Council. This is not to mention that the factions have not agreed to such an amendment, which is seen as an attempt by the Palestinian Authority to set forth laws that would guarantee Fatah’s victory in any upcoming elections.”

He said, “Tampering with laws and trying to customize them to serve Fatah’s interests means that any elections would lose their democratic and national meaning and purpose and would not meet the consensus condition among the different factions. Holding elections and amending laws must be subject to consensus."

Commenting on Hamas' position should the elections be held in the West Bank only despite the movement’s rejection of the amended law, Qasim said, “Elections should be held in all of the Palestinian governorates at the same time. The amendment of the law is in direct conflict with the national consensus. There will be no elections without consensus. We will not allow it.”

Perhaps Hamas' intransigent refusal of the amendment of the law could mean that it will seek to prevent holding any elections in the Gaza Strip. Kayed al-Ghul, a member of the Popular Front for the Liberation of Palestine's political bureau, told Al-Monitor, “There is a possibility that Hamas would prevent holding elections in the Gaza Strip as it is sticking to electoral law No. 10 of 2005 whereby Courts of First Instance in the governorates are competent to settle any dispute or challenge. Legally speaking, there is nothing wrong with this, yet this was the main reason behind the postponement of the previous elections.”

Ghul believes that the way out of this crisis is a national dialogue to discuss an amendment to law No. 10 of 2005 to reflect the national needs and prevent any future disruption of elections. “We are striving to hold the elections simultaneously in the West Bank and the Gaza Strip,” he said.

The Palestinian Central Elections Commission (CEC), which is the competent authority responsible for the elections, is getting ready to hold them anytime now. Meanwhile, Hisham Kahil, the executive director of the CEC, told Al-Monitor, “Back in 2012, the CEC recommended the government to establish a court competent to settle local council elections challenges in order to avoid a multiplicity of court rulings and jurisdictions with regard to the various challenges.”

Commenting on whether or not the CEC discussed the new amendment to the law, Kahil said, “We have not made any contacts or discussed these amendments with the political parties, since we have not received the government’s notice to embark on the preparations for the elections. When we receive such notice, setting a specific day for holding the elections, we will start our work as usual.”

The local elections issue seems to be turning in a vicious circle, in light of Hamas’ insistence on the local council elections law No. 10 of 2005 that entitles the Courts of First Instance to examine challenges and its fierce opposition of the amendments to this law approved by the government without consulting it or coordinating with it.

This could result in Hamas refusing to participate in the elections in case the government is willing to hold them and preventing them from being held in the Gaza Strip. In such instance, the government would be facing an ultimatum: postponing the elections for an indefinite period, or holding them only in the West Bank.