Political figures on the right are jockeying for position to lead Israel's right wing in anticipation of a police investigation and other issues forcing Prime Minister Benjamin Netanyahu to step down. 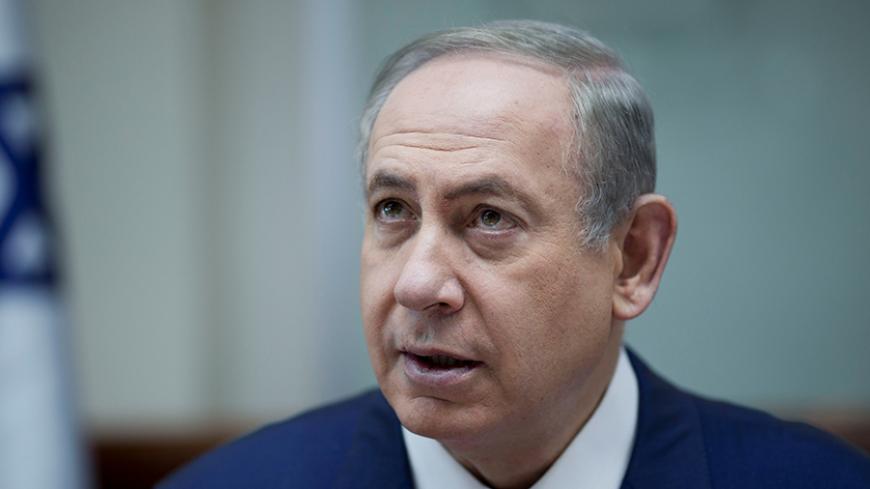 In addition to the routine chaos that infuses politics in Israel, the country now faces a perfect storm. Three powerful forces have simultaneously appeared, colliding and potentially causing a political earthquake of the type that shook Israeli politics in 2005, when Prime Minister Ariel Sharon split the Likud to create Kadima. The three are the advanced criminal investigations that threaten to bring down Benjamin Netanyahu's government, Donald Trump’s surprising victory in the 2016 US presidential election and the forthcoming report by the state comptroller on 2014's Operation Protective Edge in Gaza, which has already resulted in a barrage of recriminations, especially on the right.

The investigations into Netanyahu are now at an advanced stage. The chief of police, Commissioner Roni Alsheich, said on Jan. 22 that the police have “already reached their conclusions’’ and are now in the process of collecting evidence. According to him, the investigation will only take a few more weeks, but there are some who dispute that. The investigations have branched out in many different directions, leading the police to some surprising places. In the past, Netanyahu appeared to have at least nine lives, but now it seems the situation has spun out of his control. A full-fledged war to succeed him is being waged behind the scenes within the Likud and beyond.

Assuming that Netanyahu will eventually be indicted, the next question is what will he do in response? He is not obligated to resign by law unless he is convicted. At the same time, however, it is hard to imagine that Finance Minister Moshe Kahlon, Kulanu chairman and the current government's “Defender of the Rule of Law,” could withstand public pressure on him to resign from the coalition and bring down the government if Netanyahu refuses to step aside.

Will Netanyahu resign, or will he brace himself in position? Will he allow himself to become “incapacitated,” if only for a time, and appoint a temporary replacement, such as Likud's Yuval Steinitz, the current national infrastructure, energy and water resources minister, in the hope that a quick trial will end in acquittal and allow his return to office? Conventional wisdom holds that this scenario is unrealistic. Will Netanyahu therefore “grab hold of the altar by its horns,” move up elections and compete for the Likud leadership, much like Aryeh Deri did in 1999 despite his conviction for fraud? The chances of that happening are also slim.

If Netanyahu does retire from political life, many people who left the Likud are expected to rush back to rejoin and compete to succeed him. Kahlon as well as Gideon Saar are considered “sure” returnee candidates. The picture is not quite so clear, however, in regard to former Defense Minister Moshe Ya’alon, who is pretty burnt out from Likud and is in the final stages of creating an independent party. The main fight to succeed Netanyahu will be between Saar, Transportation Minister Yisrael Katz and Public Security Minister Gilad Erdan. The outcome is up for grabs.

There are two intriguing, non-Likud players: Education Minister Naftali Bennett and Defense Minister Avigdor Liberman. Bennett is a right-wing, religious ideologue, while Liberman represents the pragmatic, secular right. They both want to be prime minister, and they both know that there is no chance of that happening with their current platforms. Bennett is already testing the waters in the Likud swamp. The yarmulke perched on his head poses a tricky problem for him, but his charisma and popularity, along with his position as a firm marker of the ideological right, give him the leeway to toy with the idea. Bennett, however, has no chance of successfully joining Likud without first forming an alliance with the party’s senior leadership.

Shalom Shlomo, one of Bennett’s confidants and his strategic adviser, was seen days ago sitting down for a conversation with Katz. People close to Bennett told Al-Monitor that he is ripe and ready to compete for the premiership and that he will do so in the next election. While they refused to say which ticket Bennett will run on, they did not entirely dismiss the possibility of him (re)joining Likud.

By contrast, Liberman is not putting much stock in Likud. In talks with his entourage, he said that Likud has become an extremist, messianic party, controlled on the one hand by settlers and on the other by pressure groups that registered en masse with the party. Right now, Liberman is focusing on his role as defense minister, collecting compliments for the absence of major mistakes and for a series of impressive decisions made over the past few months. Liberman’s original plan was to spend the next two years at the Defense Ministry preparing himself for the premiership. The Netanyahu investigations are foiling that scenario, so it is no longer clear what Liberman will do if elections are held in 2017.

Another factor that requires consideration is the new US administration, which is having the same effect on the Israeli right that steroids have on an injured boxer. Bennett is demanding “annexation now” of the West Bank settlement blocs. Netanyahu and Liberman are trying to get him to calm down and wait until after the prime minister’s first meeting with Trump. Bennett knows that they are right, but his goal is to immediately distinguish himself from Netanyahu to prevent the prime minister from robbing him of his voters at the last minute, like he did in the 2015 elections.

It is all a game of media and image spins, with every man trying to push the others to the right in this virtual dance. The so-called Amona plan to evacuate the illegal settlement by relocating the settlers to a nearby hill can no longer be implemented because of a landownership challenge. The Regularization Law legalizing unauthorized settlements, which passed its first reading, is stuck. All the big right-leaning announcements remain on paper only, including that the construction wave in Judea and Samaria will return. No one really wants to prematurely irritate Trump, but on the other hand, everyone wants to be seen as the person to lead the Israeli right in its golden age.

Hanging over this state of affairs is the state comptroller’s report on the shameful performance of Israel’s political and military leadership during the campaign against Hamas in summer 2014. Here too, Bennett, Ya’alon, Liberman and even Yesh Atid leader Yair Lapid are fighting among themselves, mainly over what position they will take. Bennett claims that he was the first to identify the threat posed by Hamas' tunnels and that he forced the military to move against them. Meanwhile, Ya’alon accuses Bennett of politicizing the public discourse at the expense of national security.

What about Netanyahu? Right now, he is only slightly interested in Hamas' tunnels and more interested in his police investigations. Most of all, he fantasizes about a tunnel that provides escape from the dead end he's driven into and leads to a totally new reality. That would be called a miracle. It is doubtful that one will happen.