Will Egypt join Iraq in the 'Axis of Resistance'?

Iraq is playing the role of broker to include Egypt in the Axis of Resistance, led by Iran. 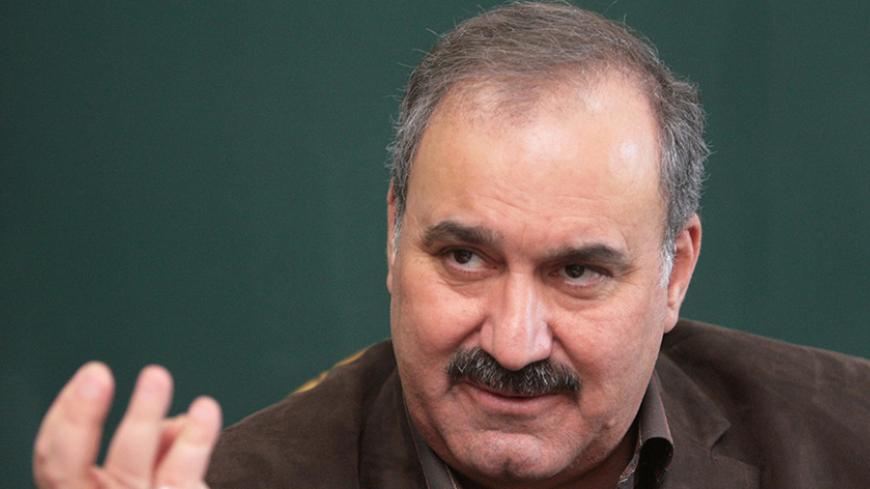 BAGHDAD — As Egypt and Saudi Arabia remain at odds, Iraq and Iran are making their moves to befriend the Land of the Nile and perhaps shepherd Egypt into the Axis of Resistance.

Iraqi Minister of Foreign Affairs Ibrahim al-Jaafari said recently that “Egypt is the Arabs’ greatest,” referring to the country's people, history and culture.

Habib al-Sadr, in a Dec. 28 speech as he assumed his position as the new Iraqi ambassador to Egypt, called Egypt "the backbone of the Arab world." He said the countries share similar pressures, and risks from armed groups, and from those commonalities arose “the necessity of cooperation between the two countries."

When Sadr visited Cairo on Jan. 16, he said Iraq is keen to proceed with its agreement to export oil to Egypt, which the Saudis stopped supplying. Iraq will provide Egypt with 1 million barrels of Basra light oil each month.

Iraqi National Alliance parliamentarian Sadiq al-Mahna recently told Al-Monitor Iraq's influence is growing. “In response to the question about whether Iraq will manage to include Egypt in the Axis of Resistance led by Iran, I would like to say that Iraq will manage to become a key player in settling affairs in its regional surroundings and in tipping the balance of power and opening international horizons to end the terrorist phase.”

Also on the topic of the axis, Fatima al-Zarkani, another National Alliance parliament member, told Al-Monitor, “It is likely that Egypt would join an alliance with Iraq, Iran and Syria to fight terrorism and to stop extremist thought from [harming] the region.”

Relations between Iraq and Egypt are strategic on all levels — economic, security and political — according to Jaafari, Iraq's foreign minister. He agreed that rapprochement between the two countries could turn into an alliance or cooperation to face terrorist risks and economic crises.

Ambassador Alaa Youssef, official spokesperson for the Egyptian presidency, addressed the topic in statements published Dec. 22. He said that Jaafari, during his December meeting with Egyptian President Abdel Fattah al-Sisi, called for participation in “a strategic project to fight terrorism.” This call constituted a step from Iraq to improve relations with Egypt, after Iraq’s ties with Saudi Arabia became tense.

A possible first step to include Egypt in the Axis of Resistance took place when Iran invited Egypt to the round of peace talks regarding Syria that were held in October in Lausanne, Switzerland. Iranian media had also noted that Egypt asked Iran to help it face Saudi Arabia.

Egypt’s distance from its alliance with Saudi Arabia and its rapprochement with Iraq brings it closer to Iran, which heads the Axis of Resistance.

On Nov. 1, the Citizen Alliance affiliated with the Islamic Supreme Council, led by Ammar al-Hakim, called for using the Iraqi-Egyptian rapprochement to form an alliance including Iran and Algeria to face the Sunni axis of Turkey, Saudi Arabia and Qatar.

The Citizen Alliance’s call was among the proposals of influential Shiite political parties in Iraq that are part of the current government and the same alliance to which Iraqi Prime Minister Haider al-Abadi and Jaafari belong.

Each member of the Axis of Resistance must participate officially and unofficially in the battle against armed groups fighting President Bashar al-Assad’s regime in Syria. Egypt had sent young men affiliated with its forces to the Syrian battle unofficially and became part of the conflict in Syria.

Iran is pushing to make Iraq the main broker of Egypt’s inclusion in the Axis of Resistance. This would allow Egypt to benefit from several resources it had been missing, like the oil it is now receiving from Iraq.

The Iraqi-Egyptian rapprochement will benefit Egypt more than Iraq, as their alliance might pull Iraq away from the Gulf Cooperation Council, specifically from Saudi Arabia, which has the final say in Gulf matters. Meanwhile, Egypt will enjoy as much oil as it needs at a lower cost, compared to Saudi pricing.

If Egypt joins the Axis of Resistance, whose stances in the Middle East are well known, it will make the axis stronger, as Egypt will be joining another key Arab state in the alliance — Iraq.

Iran’s influence on Egypt and Iraq will strengthen Iran's position facing Saudi Arabia, which has lost Egypt as an important ally in the region. This might stir new conflicts in some Arab states, specifically Egypt, which is likely to be the new stage of terrorist operations.