Iranian hard-liners are once again accusing President Hassan Rouhani’s brother of economic corruption and asking the judiciary to detain him. 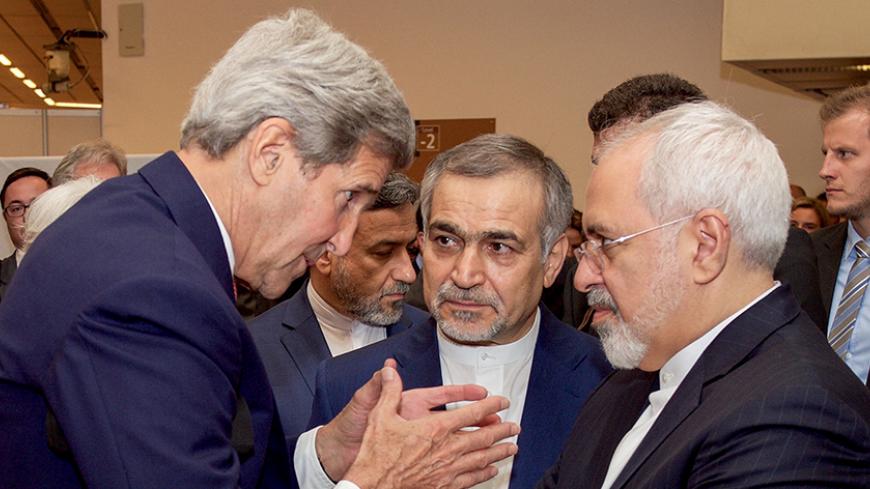 A group of Iranian members of parliament has asked for the younger brother of moderate President Hassan Rouhani to be put on trial, a move interpreted by Reformists as politically motivated.

On Jan. 4, 46 lawmakers demanded "punishment" and an “investigation” into charges of economic corruption against Hossein Fereydoun. (The surname of the president at birth was Fereydoun, but as an adult he changed it to Rouhani, which literally means "cleric" or "spiritual" in Persian.)

Also on Jan. 4, hard-line member of parliament Javad Karimi Ghoddousi, a staunch enemy of Rouhani, asked the judiciary to summon Fereydoun in an interview with the conservative Basij News.

Ghoddousi said, “Lately, we have witnessed that Mr. Rouhani has left the Pasteur complex [presidential office] and has given [control over] Pasteur to his brother and children. … There is a series of corruption and heavy and complicated seditions that are closely connected to each other. A part of this [plot] is in the hands of the [2009 post-election] sedition activists and the other part is in the hands of [the foreign] spy agencies. The center for the mobilization of these [plans] is in the hands of Mr. [Ali Akbar] Hashemi Rafsanjani’s current.”

Ghoddousi added, “Thus, I demand that the judiciary prevent the occurrence of a new sedition, and [in this vein] there is the question of why it doesn’t summon and detain Hossein Fereydoun. How long should the Iranian nation be slapped by the class that has power and wealth?”

On the same day, Alireza Zakani, a former conservative member of parliament, tweeted, “Putting [Hossein] Fereydoun on trial is at present a public demand, and justice requires the dear president to pave the way for a judicial investigation of the accusations against his brother.”

Under the headline “The duty of the judiciary is to combat corruption and not reacting to political controversies,” the hard-line Kayhan daily slammed the judiciary Jan. 5 for not arresting Rouhani’s brother.

“Despite the successful record of the judiciary in some cases, in recent years no sign of seriousness has been shown [by the judiciary] about some people connected to the government. It seems that the judiciary has turned into an observer … in the face of the treason of some individuals. … The corruption of Hossein Fereydoun is crystal clear and even the president himself has a few times attempted to remove his brother’s case file from the judiciary officials and give it the Ministry of Intelligence,” Kayhan said.

The Jan. 5 edition of the hard-line Vatan-e Emrooz daily said, “Following the talk of [Babak] Zanjani’s confession [about having financially aided Rouhani’s presidential campaign in 2013], there is a public demand for transparency about some economic cases and the rumors around some favored [individuals]. In this vein, 46 parliamentarians … asked the judiciary to investigate the economic [corruption] accusations against the brother of Hassan Rouhani. If this request of parliamentarians becomes fulfilled, it can lead to transparency about the main issue, namely the confession of Babak Zanjani.”

The new pressure aimed at Rouhani’s inner circle follows new clashes between the president and the judiciary chief. On Jan. 2, Ayatollah Sadegh Larijani, the head of the Iranian judiciary, said, “Babak Zanjani has said that he aided the president’s campaign [in the 2013 presidential election] with millions of dollars [in contributions]. … We will summon all those who were named by him [Zanjani], and if necessary, we will detain them to find out what the issue was.”

In reaction to the conservatives’ ballyhoo, Reformist Aftab newspaper described “Hossein Fereydoun” as the “code word” for attacking Rouhani ahead of the May presidential election.

According to Aftab's Jan. 5 edition, the statement by the 46 members of parliament that the president's brother is in the crosshairs and the hints that Fereydoun took money from Zanjani ahead of the 2013 presidential election are both a new plot by the hard-liners to damage Rouhani’s reputation ahead of the upcoming vote.

This is not the first time that hard-liners have accused Fereydoun of corruption as part of efforts to attack Rouhani. On July 12, Ghoddousi accused Fereydoun of imitating the voice of his brother and ordering economic centers not to stop imports of some unauthorized goods.