Did Iran’s president sideline his own brother?

Iranian media are speculating as to why Hossein Fereydoun, brother and special adviser to President Hassan Rouhani, has not attended Cabinet meetings for two months. 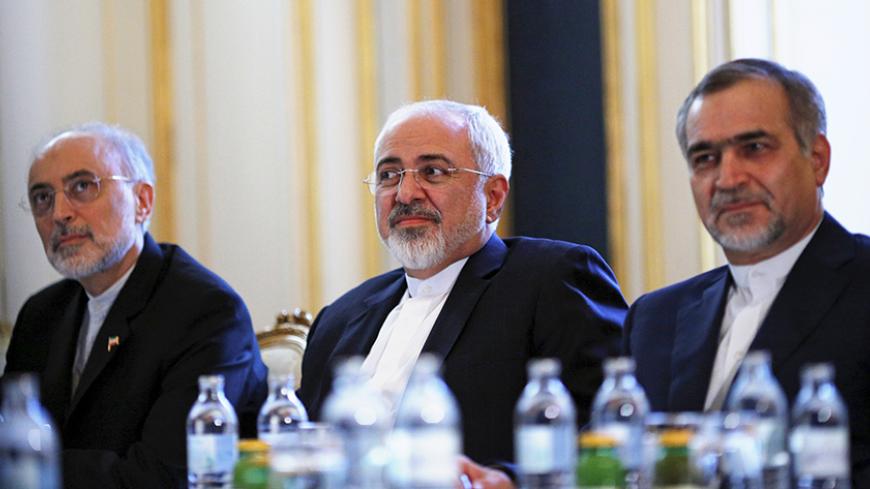 Just two weeks before Iran and the six world powers reached a landmark nuclear deal ending a decadelong international dispute, Iranian President Hassan Rouhani dispatched his brother Hossein Fereydoun to Vienna to join the negotiations. (Rouhani changed his last name when he joined the clergy.) As a member of the inner circle of special advisers to the president, Fereydoun was described as the “eyes and ears” of Rouhani during the talks. However, according to Reformist newspaper Aftab-e Yazd, Fereydoun has not been seen in Cabinet meetings for two months now and rumors are swirling that Rouhani has been pressured to part ways with his younger brother.

According to the May 25 Aftab-e Yazd article, Fereydoun, who once followed the president like his shadow, has not been seen in some of the president’s most important public events, including meetings with members of the 10th parliament, senior clergy in Qom and the leaders of India and Afghanistan. He was also not present during the president’s trip to Kerman. The article reported, “It’s not clear why Fereydoun, who used to show up everywhere, is now hidden behind the clouds.”

According to the article, there are rumors that Fereydoun, who previously served as Iran’s ambassador to Malaysia for eight years, may be appointed once again as an ambassador. The article also stated it is possible that pressure from hard-line groups has forced Fereydoun to lower his profile. Most accusations against Fereydoun come from hard-line media and politicians and their veracity often cannot be confirmed. But Fereydoun’s absence suggests the accusations appear to have had an impact.

In a May 23 article, hard-line Raja News accused Fereydoun of being involved in money exchanging companies during the final years of Mahmoud Ahmadinejad’s presidency when fluctuating exchange rates and sanctions wreaked havoc on the economy and Iran’s currency. The article said that while serving as adviser to the president, Fereydoun has continued to increase his economic activities.

According to Raja, Fereydoun has taken an interest in the hiring for government positions that hold significant economic discretion, such as the heads of banks. Fereydoun has also reportedly pressured Economic Affairs and Finance Minister Ali Tayyebnia and Labor Minister Ali Rabiei to hire old business associates of his.

In January, hard-line Iranian parliamentarian Alireza Zakani said some individuals were using the nuclear deal and the opening of economic doors to enrich themselves personally. Addressing Rouhani, Zakani said that instead of looking for organized corruption, he should look at his own brother, his own office and the Oil Ministry.

According to opposition website Saham News, which is linked to Reformist Green Movement leader Mehdi Karroubi, who is currently under house arrest, even Supreme Leader Ayatollah Ali Khamenei had become involved regarding Fereydoun. In a May 9 article, Saham reported that Khamenei had given warnings to Rouhani about both Fereydoun and Rouhani’s chief of staff, Mohammad Nahavandian.

The Islamic Revolutionary Guard Corps (IRGC) Intelligence Organization had reportedly produced security and financial reports about members of Rouhani’s Cabinet, including Fereydoun. These reports, according to Saham, have been causing friction between Rouhani and Khamenei. Given the sensitivity of accusations and their implications, domestic Iranian media has not addressed this alleged friction between Rouhani and Khamenei.

Rouhani’s reliance on his inner circle of handpicked advisers rather than the parliament-approved ministers has occasionally been a source of controversy. Advisers such as Hesam al-Din Ashna, Akbar Torkan and Fereydoun are not only individuals the president can trust, but they are also out of reach of the conservative-led parliament that summoned Rouhani’s ministers at a record rate. But with his brother out of the spotlight for now, and other advisers such as Torkan reportedly mentioned in the IRGC reports, Rouhani’s challenges in running his administration will only be increasing.