UN efforts to end the Israeli-Palestinian conflict have failed miserably, as Israel is unmoved by its resolutions over the years. 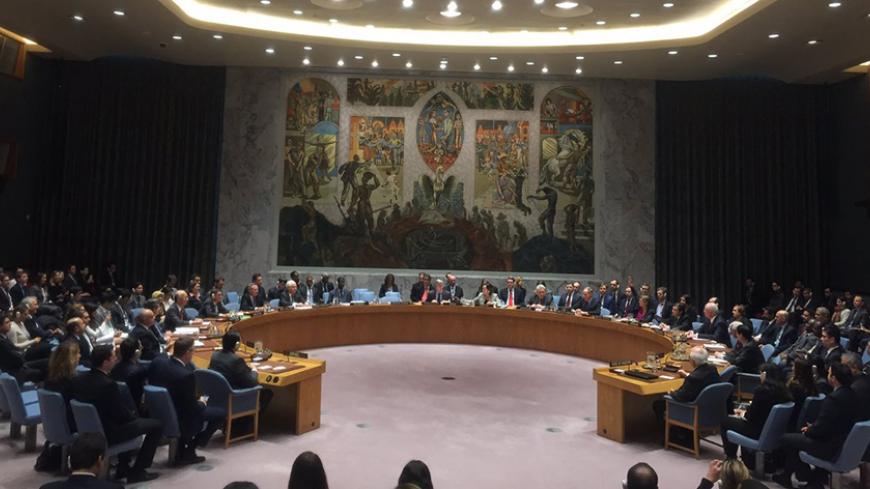 Israeli Prime Minister Benjamin Netanyahu and his aides have been claiming that US President Barack Obama is an Israel basher. To prove this, they argued that not since Jimmy Carter occupied the Oval Office has the United States lent a hand to such an anti-Israel move as Resolution 2334 adopted Dec. 23 by the UN Security Council condemning the West Bank settlements. They are referring to Resolution 465 of March 1980 determining that Israeli construction across the Green Line that delineated its borders until 1967 constitutes a violation of international law. According to Netanyahu, Carter, the sponsor of the Camp David agreement and peace treaty with Egypt, is nothing short of a supporter of the Hamas terror organization. American Friends of Peace Now looked into it and found that since June 1967, the United States voted 69 times in the UN Security Council against Israel’s position on the Israeli-Arab conflict, including on the annexation of East Jerusalem and the Golan Heights. All US presidents, except Obama, did so more than once.

Right-wing officials have been regurgitating ad nauseam the claim that the United Nations is persecuting the settlements while displaying helplessness vis-a-vis other bloody conflicts around the world. "At a time when the Security Council does nothing to stop the slaughter of half a million people in Syria, it disgracefully gangs up on the one true democracy in the Middle East, Israel, and calls the Western Wall 'occupied territory,'” Netanyahu said. Several days earlier, Israel’s UN Ambassador Danny Danon said that over the past decade “the UN passed 223 resolutions condemning Israel, with only eight resolutions condemning the Syrian regime as it massacred its citizens.” The fact is that the 223 resolutions relating to Israel were as insignificant as the eight against Syria.

In regard to the Israeli occupation, the UN and other international organizations have for years been stumbling between sterile debates and hollow declarations. Israel, meanwhile, has been acting in accordance with a policy that its first Prime Minister David Ben-Gurion described as “it doesn’t matter what the non-Jews say, what matters is what the Jews will do.”

The International Court of Justice in The Hague ruled in 1971 that countries cannot ignore a Security Council resolution declaring a certain situation illegal. So what. The European Community declared in 1980 in Venice that Israeli settlements were illegal. So what. In an opinion issued this past July the Quartet for Mideast Peace (the United States, Russia, the UN and the European Union) called on Israel to stop construction in the settlements and its gradual takeover of the West Bank’s Area C (under Israeli control). So what. Security Council Resolution 1515 initiated by US President George W. Bush in 2003 adopted the “Road Map” to Mideast peace that included a total ban on Israeli construction in the occupied territories. So what.

And now for the facts. When the UN Security Council decided 35 years ago that the settlement enterprise in the territories that Israel captured in 1967 was illegal, the Jewish settlers in those territories (which included the Gaza Strip but not East Jerusalem) numbered 12,500. Today, according to Peace Now data culled from the Central Bureau of Statistics, their number is nearing 400,000. In March 1980, there were 47 settlements in those territories. The vast majority were in the Jordan Valley and adjacent to the Green Line. Today, according to human rights organization B’Tselem, there are 247 settlements and outposts scattered throughout the West Bank.

UN resolutions did not prevent successive Israeli governments from expanding the settlements and nurturing the outposts even in the golden days of the “peace process.” In 1993, the year the Oslo Accord was signed with the Palestinians, the number of settlers was about one-quarter their number today. Upon entering the White House, Obama managed to extract from Netanyahu a promise to rein in the unbridled Israeli desire for real estate in the West Bank. In his famous June 2009 speech at Bar-Ilan University, Netanyahu pledged that “the territorial question will be discussed as part of the final peace agreement. In the meantime, we have no intention of building new settlements or of expropriating additional land for existing settlements.”

And what does the proposed “regularization” law that retroactively legalizes wildcat Israeli outposts in the West Bank say? “With a person proving that he is the rightful owner of land, or registered as having rights over land, his rights and the use of the plot would be expropriated and transferred to the authorities. Expropriation would be maintained until such time as a diplomatic determination is made on the status of the region and the Israeli settlement there.”

A US veto of the most recent Security Council resolution regarding the settlements would have meant not only a de facto authorization of Israeli land theft from Palestinians and the violation of a public pledge by the prime minister of Israel, but a vote against a resolution that determines that the settlements are illegal would have pulled the already shaky ground from under the glass house of US Mideast policy.

For eight years, Obama explained his refusal to propose Security Council resolutions against the settlements by saying that the place to discuss the issue is around the Israeli-Palestinian negotiating table. Israel’s presentation of the draft regularization law for Knesset approval turns this argument into a sad joke. Ministers and Knesset members from the ruling parties are demanding publicly that West Bank lands be annexed, silencing the faint voices of the believers in a two-state solution.

In his farewell speech, UN Secretary General Ban Ki-moon conceded that decades of political maneuverings generated a plethora of resolutions, reports and conferences critical of Israel. “In many cases, instead of helping the Palestinian issue, this reality has foiled the ability of the UN to fulfill its role effectively," he added. Does Resolution 2334 augur a change? Can one deduce from it that those paying lip service to Middle East peace are starting to grow teeth, or will this resolution, too, fall prey to political maneuvering and gather dust in the archives?

The international commotion stirred up by Netanyahu over Resolution 2334 has turned it into a test case of the UN’s relevance and prestige. This coming year will mark the 50th anniversary of Israel’s occupation of the territories. The organization that declared the establishment of a state for the Jewish people in 1949 is not allowed to evade its current responsibility to try to free millions of people from occupation and to recognize the state of the Palestinian people.