Al-Bab shaping up as more trouble for Turkey 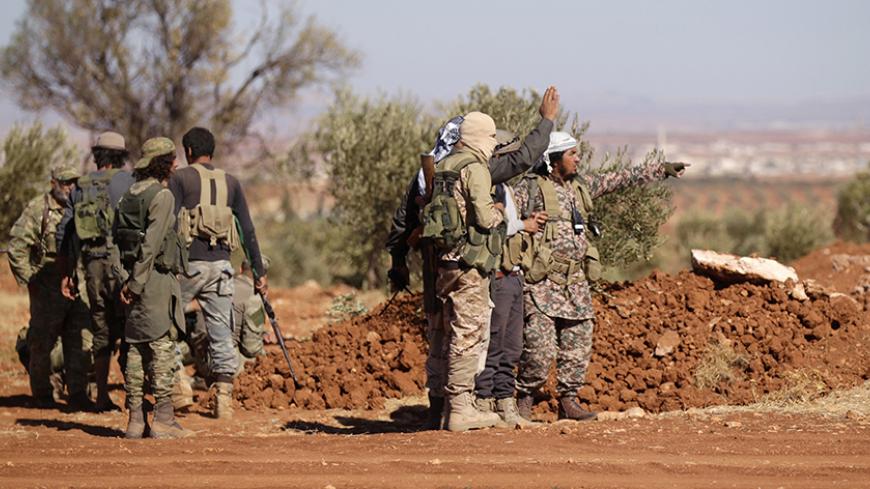 Turkey’s efforts to take the critical town of al-Bab with the help of its rebel proxies is running into difficulties amid reports that Islamic State militants have dug hundreds of ditches and rigged incoming routes with mines and other explosives to halt their advance.

Turkey continues to pound IS positions near the town, but progress is slow. The number of Turkish casualties are mounting, and the fate of two Turkish soldiers recently captured by IS remains a matter of intense concern.

The English-language Hurriyet Daily News reported Dec. 13, “[IS] dug ditches in the city center and environs and buried explosives in order to slow down the operation, according to the information gathered by unmanned drones, said [an] official, who asked to remain anonymous.”

It also reported, “Some of the ditches are almost two meters long and aim to block tanks and other armored vehicles, said the official. Several bomb-laden vehicles and suicide teams are wandering around the city, according to intelligence gathered by Turkey.”

For more than a month now, the Turkish-led campaign aimed at liberating the town from the jihadists — and importantly to prevent Syrian Kurds from getting there first — has been frustrated by a lack of US support, Russian ambivalence and Syrian and Iranian opposition.

Coalition and Turkish officials who spoke to Al-Monitor on condition of anonymity because of the sensitive nature of the subject confirmed that Turkey had asked the United States to carry out airstrikes in support of their moves against al-Bab. They declined to comment further.

The formal US stance, however, has been that it will not help the Turkish-backed Operation Euphrates Shield coalition or the Syrian Defense Forces (SDF), led by the Syrian Kurdish People’s Protection Units (YPG), capture al-Bab. It has refused to do so because it does not want to be dragged into Turkey’s ongoing battle to prevent the Syrian Kurds from linking territories under their control. Al-Bab, a mainly Sunni Arab town, plays a significant part in those plans. The Turks and the Kurds are US allies in the fight against IS, but their bloody tussles are disrupting coalition operations to seize Raqqa, the “capital” of the jihadists’ so-called caliphate, and playing straight into the hands of Russia, the Syrian regime and Iran.

Although Ankara appears to have won Russia’s approval to advance on al-Bab, presumably in exchange for drawing down its support for opposition rebels fighting Syrian President Bashar al-Assad, deep distrust remains concerning Russia’s motives. Few believe Russia will relinquish its support for the YPG, because it gives Moscow leverage over Turkey and the regime alike.

There is widespread speculation that the US-led coalition might relent and help Turkey in al-Bab if only to assuage Ankara over its plans to supply the SDF with additional weapons and build more forward operating bases in the areas under the Kurds’ control, all as part of the bid to free Raqqa. While the YPG is open to the plan, it would further inflame Turkish fury over US support for a group that Ankara views as terrorists because of their close ties to the Kurdistan Workers Party (PKK).

The PKK’s urban terror offshoot, the Kurdistan Freedom Falcons, has claimed responsibility for the Dec. 10 twin bomb attacks in Istanbul. At least 44 people, mostly policemen, died in the blasts.

For as long as the PKK or its affiliates continue to strike Turkey, there remains little chance that Ankara will come to look favorably on US dealings with the YPG. Indeed, some Turkish officials suggested in off-the-record conversations with Al-Monitor that Ankara might even weigh sending its own troops to Raqqa if that is what it takes to squash the US-Kurdish alliance.