What's the holdup in Turkey's battle for al-Bab?

Turkey's president must be mulling over many factors influencing the stalled action in Syria. 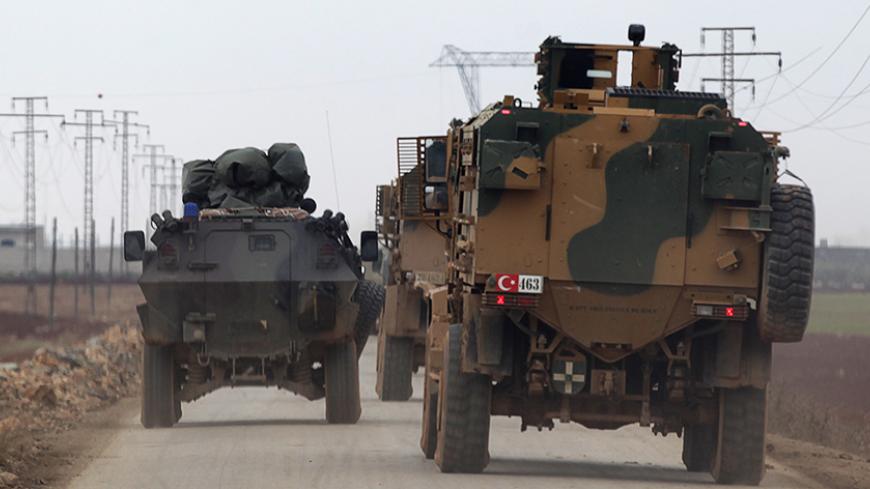 Turkey is in the fifth month of its Operation Euphrates Shield in northern Syria. The troops have completed the first two phases of the operation, which entailed clearing the Islamic State (IS) out of Jarablus and creating an IS-free zone in the 37-mile (60-kilometer) border stretch between al-Rai and Jarablus.

In those two phases, IS was ousted from 22 villages and towns between Azaz and Jarablus. The Free Syrian Army (FSA) and Turkish army now control a territory there of 722 square miles (1,870 square kilometers). Military experts agree that these phases, carried out by Turkish special forces and FSA elements, were militarily successful.

The third phase of the operation, aimed at capturing al-Bab, was launched at the beginning of December. In the second week, attacking forces reached the suburbs of the town from the west and north. By reinforcing Turkish forces operating around al-Bab with new commando battalions and armored units, the number of Turkish army elements in the al-Bab region reached the level of FSA forces. The operation's momentum is now being determined not by the FSA, but by the Turkish army.

Despite all efforts, Turkish army advances in the operation, which took the lives of 47 Turkish soldiers, have stalled at Aqil Hill west of al-Bab.

According to the Turkish military command, 1,775 IS militants have been neutralized in Operation Euphrates Shield. Of this total, 1,518 were killed and 257 were wounded. In the same operation, 310 Kurdish People’s Protection Units (YPG) fighters that the government said were affiliated with the Kurdistan Workers Party (PKK) were also neutralized. The Turkish air force said 1,233 guided munitions were fired at 1,141 IS targets, and army soldiers destroyed 2,845 roadside bombs.

Many people in Turkey wonder about the economic costs of Operation Euphrates Shield. Accurate figures are not yet available, because none of the media or defense sources Al-Monitor reached have made any serious study of the costs. Obviously, air sorties, ammunition and armored units are among the most significant items.

According to lists of damaged, hit or lost armored vehicles reported by the media and not contradicted by official sources, 10 Leopard 2A4 tanks, one M-60 tank, two infantry fighting vehicles, one improved armored personnel carrier and two Cobra armored vehicles have been immobilized, mainly in combat at Aqil Hill, where intensive clashes have taken place since Dec. 20.

From an overview of the field situation, it is clear that Turkish planners did not anticipate IS' determination in al-Bab, as the Turkish Armed Forces (TSK) and FSA units captured Jarablus rather easily with a high-tempo offensive and without using armor. Now, Ankara is having problems coping with the strong IS defenses. The group, just as in Mosul, is successfully using vehicle-borne improvised explosive devices (VBIED), tunnel warfare and anti-tank missiles.

IS uses VBIEDs to disrupt its enemies' field planning, organization and morale. With tunnels, IS maintains high mobility despite air attacks. With effective anti-tank missile attacks, IS curtails the movements of enemies' armor and limits their coordination with infantry units.

This combat strategy enables IS to maintain superiority in the field even though it is on the defensive.

Military experts argue whether al-Bab should be a special forces operation, a commando offensive or a tank/armored infantry assault. Should the al-Bab siege be commanded by a special forces officer or the senior commander of the armored forces, given the imperative use of armored mechanized units?

The TSK must deal with FSA fighters' lack of discipline despite efforts to keep them in line. Problems not often mentioned include disruptions in logistical supply, and how heavy rains and fog interfere with drone reconnaissance and close air support. The most vital impediment is IS control of the road to Raqqa, which it uses to move in reinforcements and conduct evacuations.

There might also be a diplomatic cause for the prolonged al-Bab siege. Some sources in Ankara told Al-Monitor that Turkey actually wants to stall the siege and put off decisions until it can size up the administration of new US President Donald Trump.

Some officials say Ankara prefers to wait and assess the Syria policy of the new administration and whether the United States will continue with its support of the Kurdish nationalist Democratic Union Party before deciding the next step for al-Bab.

Finally, there is the matter of deciding whether the siege of al-Bab constitutes a risk or an opportunity for Turkey’s constitutional referendum, expected in April. The proposed amendments would greatly expand the powers of President Recep Tayyip Erdogan. Many people feel that a decision by Erdogan on the eve of the referendum would decide everything. Erdogan may wish to speed up the al-Bab operation to paint its capture as a military victory; he has enough charisma and media tools to do that. But if the military move fails and al-Bab is still not captured, it could increase the “no” votes on the referendum.

Some experts are wondering if, with improving weather conditions and possible support from the Trump administration, Turkey will launch a major offensive to capture al-Bab in February. Or, the question could be whether Erdogan sees al-Bab as a risk or an opportunity for the approaching referendum.

After an IS VBIED killed five soldiers and wounded nine recently near al-Bab, Erdogan no doubt will be thinking hard.