Refugee camps have little to offer children, but dozens of kids are taking advantage of a new soccer club that provides training and helps them hone other skills as well. 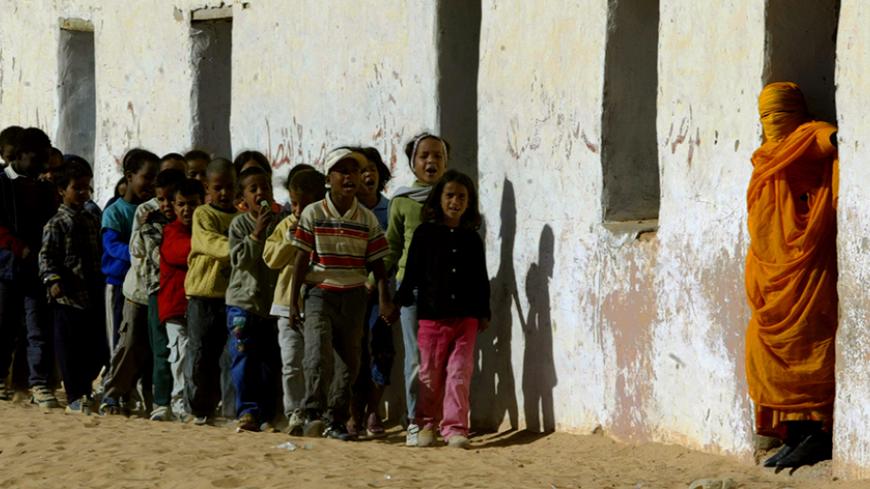 TINDOUF, Algeria — Amid exceptionally difficult conditions, children in the Sahrawi refugee camps turn to sports to overcome the suffering of everyday life, pinning their hopes on a better tomorrow.

For decades, Sahrawi children have adored soccer. As they play barefoot in streets full of dust, their love of the magical game gives them a chance to forget a world that seems to have forgotten them.

Sahrawi children were born in exile and have never been home. Their disputed homeland, Western Sahara, is on the other side of a desert. Their parents were promised a referendum a quarter century ago by MINURSO, the United Nations Mission for the Referendum in Western Sahara. Under that referendum, the people of Western Sahara would choose whether to become independent or integrate into Morocco. However, they still live in tents, stranded in Algerian desert camps.

Despite these bitter facts, the Esalam soccer club is bringing hope to dozens of children who dream of one day becoming professional players.

Esalam was founded earlier this year with the slogan “Behavior, Education and Sports.” This new initiative is run by two young Sahrawi volunteers offering training for around 80 kids in the Smara camp in southwestern Algeria. These young men have participated in international soccer tournaments in Valencia, Spain, and regional competitions at Msila, Algeria.

Madallah Elmami is a former player from the Sahrawi national team. He represented the Sahrawi Arab Democratic Republic in the non-FIFA World Cup 2012 in Kurdistan. Four years later, he decided to start a project to help children in the camps get training, so they would not have to face what he endured when he attended the tournament in Kurdistan.

“We played against well-trained soccer players, and we lacked a lot of training. I don’t want the next generation to encounter the same problem,” Elmami told Al-Monitor.

Esalam’s program is divided in two categories, one for children 12 and under, and one for older children. Twice a week, the younger children receive one hour of training while the older kids’ program lasts almost two hours.

The club also teaches children the principles of discipline.

“We do not accept children who are not enrolled in educational institutions,” Elmami said. “There is a document signed by our members’ families, where they allow us to follow up on the players’ behavior inside and outside schools.”

Fatma Salouh is the mother of Daddahi, 14, who is said to be one of the most promising players on the Esalam soccer team. Salouh said she is happy to see her child enjoy the program, to help him follow his dream.

“He was always looking for a place to play,” she told Al-Monitor. “He brought friends and neighbors to play. I am very happy he has this opportunity to hone his skills.”

The Sahrawi refugee camps lack facilities where children can use their free time in a productive way. So Daddahi Salouh finds it appealing to spend time at the club. “I wish there was training every day,” he said.

Mohamed Mouloud, 17, has been at the Esalam club from the beginning. He has been training for almost a year and is getting ready for the national league next January.

“When I joined this club, I started to learn that soccer is tactics and discipline. I want to become a pro soon,” Mouloud told Al-Monitor.

The club organizes other activities as well. Every Thursday, the youngsters go to the Bubisher library next door for a two-hour reading session.

Lakhdar Saleh is the director of that library, which houses Arabic and Spanish books for children. “The Esalam club kids come here every Thursday evening from 4-6 p.m.,” he said. “I have also noticed that they even come with other friends later.”

The club also monitors the children's health, as physical efforts can have negative side effects — especially since the children live on humanitarian aid that usually contains few calories. “Every week we go to the regional hospital to weigh them; we do not want to damage their health,” Elmami told Al-Monitor.

There are obstacles in the refugees’ path to a career in pro sports. The Esalam club has little to offer when it comes to equipment. There are only four balls for the whole team. Even so, Daddahi Salouh and Mouloud are lucky to have reserved their places.

“We have around 50 kids on the waiting list; we cannot accept them for now,” Elmami said. “We do not even have enough shoes for those whom we accepted.”

Also, the club lacks a permanent center and is being hosted temporarily at the sports center. Next season, Esalam will have to find a new location.