Sahrawi children live in difficult conditions year-round, with the exception of those children lucky enough to take "peace vacations" in Spain. 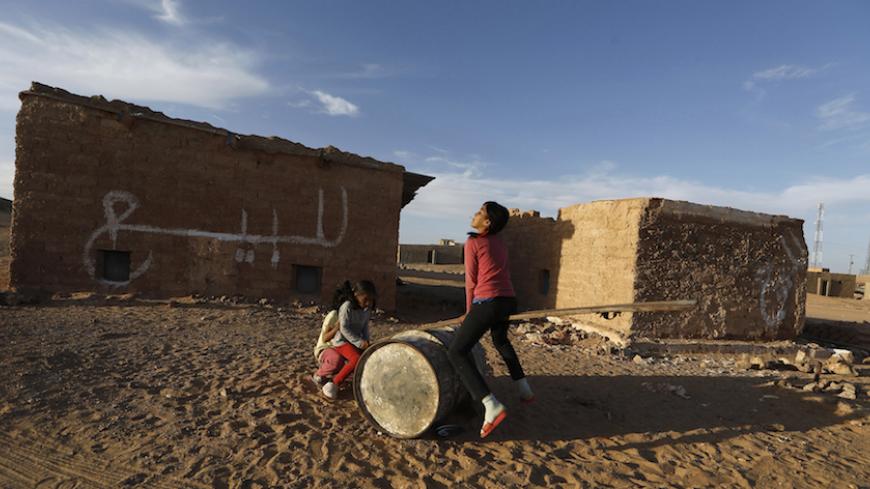 TINDOUF, Algeria — Born in a desert historically known as the devil’s garden, Sahrawi refugee children have little to enjoy in their camps. But thanks to a summer program called Vacations in Peace, the children can experience a very different world.

Since the mid-1980s, generations of Sahrawi children who grew up in refugee camps have benefited from the peace vacations in Spain. The annual summer program, sponsored by the group Friends of the Sahrawi People, has been providing a place where exiled Sahrawi children can live, temporarily, a normal childhood.

Moreover, it has helped strengthen ties between two societies with a shared history whose ramifications spill over into the present. When Spain left the Western Sahara without an internationally demanded referendum, Morocco seized the opportunity to lay claim over the territory, and Morocco controls it to this date. Sahrawis were then driven out to the Algerian desert, away from their home country and the beautiful coastline. If parents want their children to believe the stories of their homeland, they have no alternative but to send their children abroad.

Gabal Ali Raja is the mother of three children who have been part of the peace vacations program. She always shares how amazing the Dakhla seashore is in Western Sahara, but she cannot take them there. To reach the beach, Raja and her children would have to deal with a wall that spans 2,700 kilometers (nearly 1,700 miles), with more than 5 million land mines and 120,000 Moroccan soldiers on the other side. Instead, she will send them to host families in Spain.

Since her daughters made the trip to Catalonia, she now has a Catalan family who stays in frequent contact with her. That family even visited her at her humble accommodations, staying in a tent in Ausard camp, she told Al-Monitor.

Now her 9-year-old son Jouly is about to embark on that long journey to Spain. The trip will include his first plane ride — in fact, his first trip to an airport.

He is supposed to meet his counterparts at Mijack’s hall in the Ausard camp. At 5 p.m. the bus arrives, and the noise of children is everywhere. Raja waves her hands to say goodbye to her son, who will stay for two months with people he has never met before.

While riding to the airport, Jouly sits calmly in his chair, thinking of the dreams that might come true. “I want to go to the Bernabeu [Real Madrid Stadium] when I arrive in Spain,” he said. Not far from Jouly sits Moulay Mahmoud, 12, who has been to Spain three times. This will be his last turn in the peace vacations. He now has a second family in Murcia. “They are like my parents,” he said. Moulay looks forward to swimming in a pool for the first time in a year, he said.

At the departure hall of Tindouf Airport, hundreds of children gather with very simple dreams — going to the beach, seeing a green landscape or even playing soccer in a proper pitch. Spain has provided Mohamed Fadini, 10, with a dream: “I want to become like Gareth Bale,” a member of the Welsh national soccer team who also plays for the Real Madrid team.

Susana Rodriguez opened her house to Manna Salek in 2013 when the girl was 9 years old. “[Salek] told me a lot about the camp, the mud houses and shops,” Susana said. “Thanks to her, I [developed] an image of the Sahrawi refugee camps.”

Two years later, Susana went to the camp and lived an “unforgettable experience,” as she described it. “I lived their everyday life with them — the sandstorm and the heat. Yet I felt like I was home. They immersed me with their hospitality despite the little they have,” she told Al-Monitor.

Rocio Diaz Naverete lives in Jaen, in south-central Spain. This is her first time hosting a Sahrawi child. “I saw many Sahrawi children in town. I wanted to contribute with what I can,” she said. Her new young guest is Fatimetu Omar Mohamed, 9. “Fatimetu is learning Spanish very fast and she is making many friends,” Naverete said. The “messengers of peace,” as Naverete calls Fatimetu and her peers, meet with each other to enjoy things they don’t have in the camps. They play in parks and go to the beach and swimming pools, Naverete told Al-Monitor.

While Jouly and his colleagues spend the summer in Spain, some 1,200 older children in the Sahrawi Scouts, sponsored by Algerian Muslim Scouts, will be spending a month traveling all over Algerian coastal cities. Sidzein Mustafa, childhood department manager at the Sahrawi Scouts office in Rabuni, told Al-Monitor the initiative is a sequel to the peace vacations. According to Mustafa, Sahrawi children from 12 to 14 years old help introduce their culture to Algerian civil societies. They mingle with their Algerian counterparts and enjoy beaches and playing different sports in some 13 summer camps under the supervision of the Sahrawi Youth Union.

It has been more than 40 years since Sahrawi children have been able to enjoy such leisure and peace in their own homes. Their suffering will resume when they return to the camps. Unlike their new friends in Spain, these children will have to endure the sandstorms, walk barefoot and strive just to find a ball to play with in the dusty streets.

When asked about the difference between life in camps and the cities, Moulay replied, “They are two different worlds.”

The children who don’t leave, on the other hand, like Salamu Jatri, 15, have no choice but to bear the desert heat and get along despite the difficult conditions. Salamu is impatiently waiting for the evening to come so he can gather his friends to play soccer — even for just half an hour as the sun sets. You have to love the game to run after a ball in temperatures over 110 degrees Fahrenheit.