Pragmatic Fatah members are developing a proposal for a new interim agreement, which would establish a transitional state until negotiations on a permanent status solution are launched. 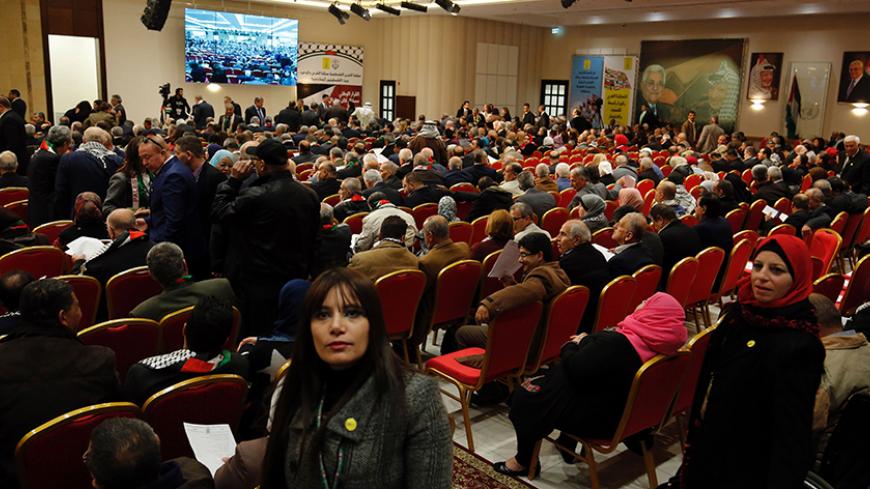 Sensing the despair in Palestinian public opinion, pragmatic officials in the PLO are contemplating a new interim policy move for 2017 to prevent an armed intifada and to keep alive the national Palestinian positions on permanent status. The idea is to launch a Palestinian initiative for a three-year interim agreement that would lead to permanent status.

A senior PLO official who participated in the Oslo Accord and other peace negotiations told Al-Monitor that the Palestinian leadership is fully aware of what a challenge it will be to achieve immediate statehood based on the 1967 lines with East Jerusalem as the capital, especially with the expected change in US positions by the Donald Trump administration.

The official noted that within the Fatah movement there are those who believe the only way to place Palestinian statehood on the international agenda is a third intifada and violent resistance to the occupation. The more pragmatic group, he stated, believes in working with the Arab League (especially Egypt, Jordan and Saudi Arabia) on a diplomatic track, focusing on the new UN Security Council Resolution 2334. Pursuing the latter position, the PLO official, together with other known peace process diplomats, have developed a plan for an interim agreement, which they have already discussed with Israeli peace nongovernmental organizations.

The proposal includes six central elements. The first is establishing a one-year time frame, ending in December 2017, for declaring a Palestinian state on transitional borders. A second element relates to the interim territory of the new state, which will include all of Area A (currently under Palestinian control) and Area B (under Palestinian civil control and joint Israeli-Palestinian security control) and 20% of Area C (under Israeli control) in the Jordan Valley with full Palestinian sovereignty. This means an Israeli withdrawal from parts of Area C and the transfer of security control to Palestinians in Area B. Then there is the issue of Israeli settlements in Area C. The settlers could stay, but under Palestinian sovereignty. A fourth and most important element is a complete Israeli freeze of settlement expansion, based on the 1968 UN General Assembly Resolution 2443. Also, Israeli-Palestinian security cooperation shall be increased. The sixth element concerns permanent status negotiations, which must be launched after December 2017 between Israel and Palestine. The negotiations, on the basis of the 1967 lines and the Arab Peace Initiative, should last no more than a year, with a one-year implementation time frame.

The PLO official, a well-known moderate, believes that such a proposal would receive wide international support. “We must be realistic and first of all place Palestinian statehood on the international agenda, thus offering diplomatic progress to our people," he told Al-Monitor, speaking on condition of anonymity. "The alternative is to adopt the ‘Syrian way’ of violence.” The pragmatic group that drafted the plan intends to discuss it soon with President Mahmoud Abbas and others in the Palestinian Authority leadership.

The official said that his group of pragmatic Fatah officials have had informal yet encouraging talks on an interim agreement with senior officials in Cairo and Amman. There is a common interest among Arab pragmatists to prevent the conflict from getting out of control, which, in turn, might bring Hamas to power in the West Bank.

The official added that the Palestinian leadership has little doubt that, after his Jan. 20 inauguration, President-elect Trump will give Israel the green light to ignore the Security Council resolution. In view of Israel’s strong, ruling right-wing government and the expected pro-Israel administration in Washington, the Palestinians must convince others in the international community, primarily the European Union and Russia, to advance creative prospects for a two-state solution.

A senior official in Brussels close to High Representative of the EU for Foreign Affairs Federica Mogherini told Al-Monitor on condition of anonymity that Brussels was informed by Fatah members about the initiative for a Palestinian interim agreement. The EU will not react to any informal Palestinian proposals, yet it supports any initiative that can advance the hope for a two-state solution.

According to the EU official, the European leadership favors the idea of allowing Israeli settlements to remain under Palestinian sovereignty. Yet the EU will not formalize its position until the Trump administration is in place and until after initial talks between the new Washington administration and Brussels are launched. In the meantime, the French are planning to hold a large peace conference in Paris on Jan. 15, with more than 50 foreign ministers present, to keep the diplomatic hope alive, based on the previous June Paris conference, the July Quartet report and the new Security Council resolution.

Israel is well-aware of the Palestinian idea of a two-state solution based on the 1967 lines in two phases. A senior Ministry of Foreign Affairs official told Al-Monitor on the condition of anonymity that Jerusalem completely rejects the proposals. “There will be no negotiations on changing the nature of Area B or Area C before the Palestinians recognize Israel as the homeland of the Jewish people and agree to Israeli demands on security arrangements,” he said.

Despite this Israeli rejection, these Palestinian proposals are very important. At times of deadlock, pragmatic creativity is needed. The international community, mainly the EU, and possibly eventually the Trump administration, must adopt innovative ideas to avoid dangerous deadlock and despair.