Israeli Prime Minister Benjamin Netanyahu wants to have an American-type administration in which he and his associates decide who is appointed to key positions. 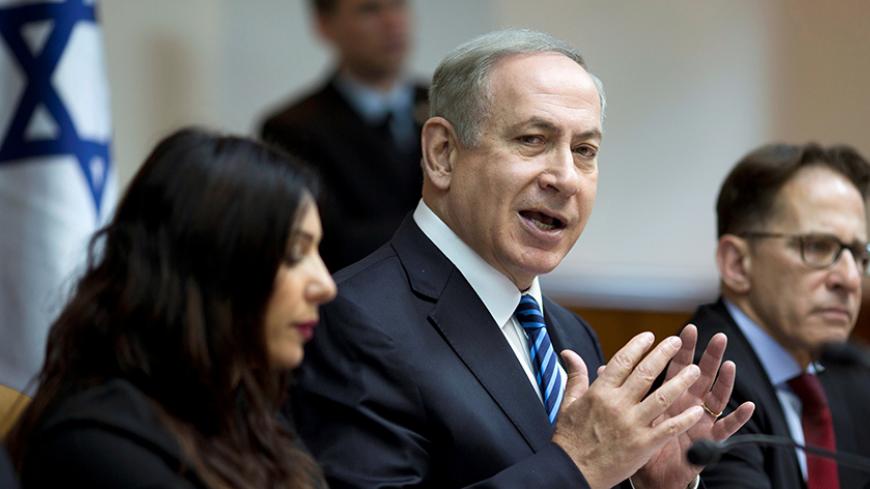 It happened in the fall of 2002, soon after the Knesset decided to dissolve itself and hold new elections. Avraham Hirschson, then a Likud Knesset member, rushed to submit his “Job Act.”

It was nothing more than a power grab. By attempting to pass this significant law during the transition period between two governments, Hirschson was trying to ease the restrictions imposed on the appointment of new directors at government-owned agencies because of their political affiliation. By lifting existing restrictions, he would send a signal to Likud members that they could find a job with him if he received a high spot on the party’s new Knesset list.

There have been many versions of that law proposed since then, all of them by Likud Knesset members. In effect, it has become one of the leading symbols of corruption and shamelessness in governance. Hirschson failed to get his law passed, but he still won a spot on the party’s Knesset list. He was later appointed finance minister by his close friend Ehud Olmert, who served as prime minister and head of the Kadima Party. Then Hirschson was convicted in one of the biggest corruption scandals ever seen in Israel and sent to prison.

Every few years, when the Likud is in power, some member of the party or other tries to pass a version of Hirschson’s Job Act. Usually a new Knesset member at the start of his or her political career proposes the law, hoping that it will score points with his or her constituents. Culture Minister Miri Regev did it in 2012, toward the end of the second Netanyahu government’s term, as part of her campaign in the Likud primaries. Her proposed law would have permitted ministers to appoint people identified with them to key positions in their ministry, replacing staffers who served there before the minister took office.

At the time, Regev explained that in the United States it was customary for newly elected officials to make senior political appointments after every election cycle. Regev’s proposed law was also rejected, but she did witness a swell of support within the Likud.

The idea popped up again after the last election in 2015. In February 2016, Knesset member David Amsalem of the Likud proposed removing the part of the questionnaire for job applicants at government agencies that asked whether the candidate was active in any political party. The amendment was also intended to allow members of the Likud Central Committee to serve as directors of those agencies and receive a salary from the state. The chairman of the coalition, David Bitan, also recently took up the issue. He proposed a new law last October that would have changed the Government Agencies Law to allow the appointment of former ministers and Knesset members as directors, even if they lack the specific skills now required by the law. Both of these proposals were blocked as well.

At the Dec. 11 Cabinet meeting, Prime Minister Benjamin Netanyahu himself placed his own version of the Job Act on the table. The headlines from that meeting focused on how Netanyahu is jealous of US President-elect Donald Trump and would like to have the same option of making hundreds of political appointments, without going through committees or the tender system. As Netanyahu put it, “Trump can make 4,000 appointments. We should be able to make a few hundred appointments that don’t need a tender. … We also need to be able to govern."

After making this resolute statement, the prime minister went on to announce the creation of a committee headed by Justice Minister Ayelet Shaked and Tourism Minister Yariv Levin. This committee is expected to recommend that the government eliminate the search committee now used to appoint the directors of government agencies and to propose a new mechanism to replace it. In other words, the Job Act is back, and this time it is being spearheaded by the prime minister himself and two senior ministers. The Job Act may be a symbol of government corruption, but given the current government’s composition, it could actually pass, if only by mistake. All the talk of increased governability and all the stories about Trump cannot hide that what Netanyahu really wants to do is exactly what Hirschson had tried. He is looking for a way to arrange jobs for his friends in the party in an effort to increase his political power.

According to the existing law, the Committee to Examine Public Service Appointments must reject the appointment of anyone as director of a government agency if that candidate has political ties to any government minister. In such cases, the candidate may only be appointed if he or she shows extraordinary skills that would justify the appointment.

Netanyahu has focused extensively on the issue of governability ever since he first entered office. In his roles as prime minister and finance minister, he complained frequently about the lack of governability and sought ways to improve the situation. In the 2013 election, which he led together with Avigdor Liberman as head of the Likud Beitenu list, he focused on the difficulty of governing the country, arguing that a large party with many seats could ultimately bring about change for the better. The Likud Beitenu party failed to do the job. (It won 31 seats, instead of the 42 that the Likud and Yisrael Beitenu had individually before that.) As a result, Netanyahu found himself in a precarious political situation right after the election.

Professional opinions on the issue of political appointments at government agencies showed a direct connection between such appointments and inefficiency at best and corruption at worst. When Hirschson tried to pass his law, Attorney General Elyakim Rubinstein, now a Supreme Court justice, noted, “The appointment of people to government agencies when they lack professional qualifications or experience could be damaging to those agencies’ performance and efficiency and to the public’s confidence in them.”

In a statement to the press concerning Netanyahu's initiative, Chairman of the Israel Democracy Institute Yohanan Plesner stated that research has found a strong negative link between the level of political appointments and government efficiency. He said, “It is worth remembering that the last time that elections were not advanced was in 1988. In the current government, for example, over a third of the ministers have been replaced [most of them because they were moved to new positions]. That is why a strong, independent professional staff with the requisite knowledge and experience is essential in order to reduce the shocks stemming from government instability in Israel.”

The person who expressed this best as far back as two decades ago — and who paid a political price for it — was former Likud Minister Limor Livnat. In 1997, she delivered a famous speech to the party committee. Later known as the “Job Speech,” Livnat famously shouted, “Did you vote us in to hand out jobs?” She was attempting to block efforts to cancel the primary system and return the job of selecting the Knesset list to the party committee. At the time, members of the committee shouted back, “Yes!” Not much seems to have changed since then.