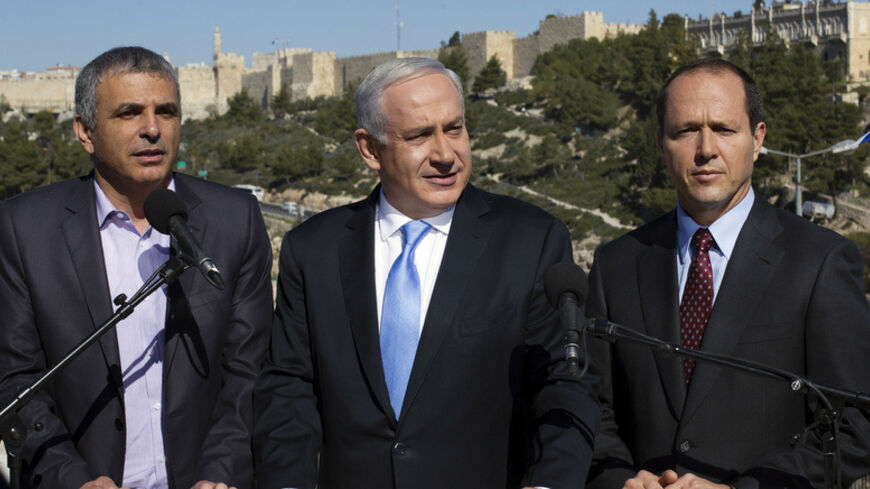 In just a few weeks, former Minister Moshe Kahlon, the chairman of the new Kulanu Party, will reveal his party's list for the Knesset. According to some polls, the party will win at least 11 seats and be part of the next coalition.

Kahlon emerged from the Haifa branch of the Likud in the 1990s. He was first elected to the Knesset in 2003, following a vote by the Likud’s Central Committee. In the two next elections, he continued to rise and was promoted by the party's apparatus on the Likud's Knesset list. In 2006, he was elected by the Likud Central Committee to the No. 1 slot on the list, and in 2009 he was chosen for the well-respected No. 5 slot. After those elections, in which the Likud returned to power, he was appointed minister of communications and social affairs. The cell phone reform project that he advanced made him the most popular politician not only in the Likud, but among the general public, and he garnered a reputation as a bold social warrior.

After his bitter clash with Prime Minister Benjamin Netanyahu in October 2012, Kahlon announced he was taking a leave of absence from politics and would run again in the next election as the head of a new party. But it's highly unlikely that the young Kahlon, the kid from the immigrant Givat Olga neighborhood who grew up in the periphery of the Likud, could have found himself a slot in the new party now being established by Kahlon, the popular party leader, for the simple reason that the entire Knesset list will be picked by a single individual, party Chairman Moshe Kahlon.

Based on comments he made to political sources in the last year, Kahlon wants Knesset members who will follow his instructions and submit to his authority. He will appoint them, and he will be the ultimate arbiter. He will select which Knesset members serve in the various committees, and he will determine the party’s path, its agenda and the conditions for it to enter the coalition. This process will contain no democratic procedure. It is a one-man political platform, and the deal he offers potential candidates is very clear: The cost of a ticket to the Knesset is total compliance to him.

This is what happened in the previous elections, and it will happen again in the upcoming elections. Fewer people looking for a career in politics will achieve it through the more traditional method of political-partisan activity. The Israeli public will get yet another collection of anonymous Knesset members who will burst onto the scene for a single term in office. Then, before anyone even has a chance to know them and see what they are capable of, they will disappear just as quickly as they came.

Kulanu will be the sixth party in the 20th Knesset whose members were selected by a single individual or a group of rabbis. In the previous Knesset, 56 members were appointed, rather than elected by the members of their respective parties. This includes the Knesset members from Shas, Yahadut HaTorah, Yesh Atid, Hatnua, Yisrael Beitenu and Kadima. In other words, almost half of the current Knesset members received their positions and their power from a single individual or a single group. Israeli democracy could still cope with the phenomenon when it concerned sectorial parties, such as the ultra-Orthodox ones, in which the lists were elected by the rabbis. On the other hand, once secular politicians, who owe their power and influence to their parties’ democratic governing bodies, establish dictatorial fiefdoms for themselves, it starts to be a problem.

The primary system came into our lives two decades ago, bringing with it such side effects as corrupt elections and shady deals. It also brought with it the phenomenon of mass members' registration campaigns paid for by the parties. Disgust with the system laid the groundwork for new parties, which abandoned all efforts to create democratic institutions and mechanisms from the get-go. What is strange is that people like former Ministers Yair Lapid, Tzipi Livni and Kahlon, all of whom consider themselves enlightened politicians for whom democracy is sacred, have established party platforms for themselves with features typical of one-party rule.

A classic example of this is former Minister of Justice and Hatnua head Livni. Like Kahlon, she emerged from the Likud, though she later joined late Prime Minister Ariel Sharon in leaving the Likud to form Kadima. Once Sharon was gone, she was appointed to the new party’s No. 2 slot by Prime Minister Ehud Olmert. After that, she ran in the party’s primaries and was elected its leader, a position she later lost to former Defense Minister Shaul Mofaz. But Livni refused to accept the voters’ word as final. She left Kadima to form a new party, Hatnua, instead. In this new configuration, she determined who would be on the Knesset list. The party’s charter grants her absolute control of all the party’s institutions.

She abandoned her party again Dec. 10 after polls predicted it would drop from six to barely four seats in the upcoming election. Instead, she made a deal with the Labor Party, headed by Isaac Herzog, ensuring herself the second slot on his Knesset list. The same deal also included a rotation agreement with him over who would be prime minister should their joint list win. This leaves the current members of Hatnua behind, including Gen. (Res.) Elazar Stern, Gen. (Res.) Amram Mitzna and retired police commander David Tzur. Apparently, former Minister Meir Sheetrit will also be left off the new list. Livni never consulted with them before sealing her deal with Herzog, because her party’s charter did not obligate her to do so. Instead, she presented them with a fait accompli. Stern, a man known for speaking his mind, stormed out of the party and attacked Livni's actions.

In a Dec. 21 interview with Razi Barkai of Army Radio, Livni felt no need to apologize for her behavior. “I admit that in my party, there are no processes of choosing Knesset members that might be called ‘democratic.’ I left the Likud in the bad days of the Likud Central Committee, which continue even today. That supposed democracy allows extremists to take over parties and forces Knesset members to appease their electorate,” she said.

Nor does Lapid see any reason to apologize for the way he runs his party or treats Knesset members who do not align themselves with him. After all, he was the one who granted them a seat.

The collapse of the parties’ democratic mechanisms is an extreme response to the problems inherent in the primary elections system. Anyone who has participated in them is intimately familiar with the big deals that turned the parties’ internal democracies into farces. The best example of this is the Likud, which is now run by the mass member registration groups of the far right and by that organized by Haim Katz, chairman of Israel Aircraft Industries Workers Committee. Their domination of the party caused it to veer to the right and expel some symbolic Likud figures, including former ministers such as Dan Meridor and Benny Begin. Similarly, the Labor Party is essentially controlled by workers committees in the Histadrut Labor Union and mass supporter groups from the Arab sector.

Sharon founded Kadima because he felt that the Likud was slipping from his fingers. Kadima was his party, at least in its initial incarnation. It was founded as a one-man party, but when that man dropped out of the picture because of his health, a democratic system of primaries was put in place.

The president of the Israel Democracy Institute, former Kadima Knesset member Yohanan Plesner, recalls that when the party’s charter was first composed, it was obvious that a system would be created to elect the party’s leader and the members of its Knesset list.

“We never imagined that a party without these mechanisms would win the public’s trust. Anything else was perceived as illegitimate, even though it seems absolutely fine today. That’s because the primary system lost its legitimacy and is now perceived as corrupt,” he told Al-Monitor, adding, “There are a wide range of options in the space between primaries and one-person rule that can preserve the democratic component of the party structure. We are seeing fewer and fewer Knesset members chosen democratically by their parties. This phenomenon will lead to the disintegration of the party institution as we knew it.”