Ever since the late Prime Minister Ariel Sharon's decision to create the Kadima Party, Israeli politics has been suffering from an ongoing trend of big parties splitting into small and medium-sized parties, leading to dysfunctional coalitions. 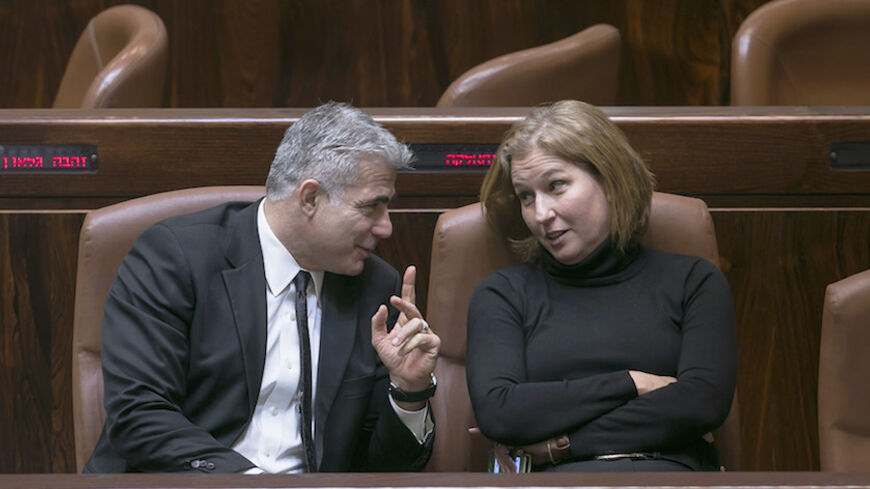 The 1992 elections were the last time an Israeli party crossed the threshold of 40 Knesset seats. It was the Labor Party, led by the late Prime Minister Yitzhak Rabin, which won 44 Knesset seats. The Likud Party, headed by the late Prime Minister Yitzhak Shamir, received 32 seats, while Meretz, the third-largest party at the time, emerged from the elections with 12 seats.

The second Rabin government, made up of Labor, Meretz and Shas, which garnered 62 Knesset seats, was a small government. Yet, it was a homogeneous and active government with regard to Israel's diplomatic approach and socioeconomic agenda. The Oslo Accord, the massive government investment in education and transportation, as well as the advanced civil legislation — as reflected in the Basic Law, Freedom of Occupation — were all the result of the clear-cut agenda of that left-wing government.

In the 1996 elections, which were held six months after Rabin's assassination on Nov. 4, 1995, none of the parties managed to pass the threshold of 40 Knesset seats. Voters cast two ballots: one with the name of their preferred candidate for the premiership and one with that of their preferred Knesset list. However, as far as the two major parties were concerned, this system turned out to be a mistake. The citizens voted for the candidate they considered most suitable to lead the country, choosing between former President Shimon Peres of Labor and Likud’s Prime Minister Benjamin Netanyahu. However, many cast the second ballot for another party. Labor won 34 Knesset seats, while Likud emerged with only 32 seats, even though it allied with the Gesher and Tzomet parties.

The 1999 elections saw the ongoing decline in the power of the major parties. In fact, none of them made it past the 30-seat threshold. The voting system remained the same, with the voters casting two ballots. Ehud Barak was elected prime minister. The list he headed, named “One Israel,” which was forged by an alliance of three parties — Labor, Meimad and Gesher — received only 26 Knesset seats. Likud crashed to 19 seats.

Fifteen years have passed since then, and although the old electoral system of single-ballot voting was reinstated, the decline in the power of the major parties continued. In late 2005, the trend seemed about to change. It was when then-Prime Minister and Likud Chairman Ariel Sharon — fed up with the internal opposition in his own party that tried to torpedo the Gaza disengagement plan — took an action that led to the big bang of Israeli politics. Sharon sought to establish a major political power — a strong centrist party capable of leading diplomatic and social moves. The polls forecast 40 seats or even more for his new party. However, the Kadima Party, which lost Sharon as its leader before the elections due to his incapacitating stroke, failed to get even close to that result, and fell to pieces in less than a decade. Current polls predict that the party will not pass the electoral threshold.

At the end of the day, Sharon's big bang has only deepened the division in the political system. It has further weakened the two major parties, Likud and Labor, which constituted the infrastructure for the establishment of Kadima. And, at the same time, it created a vacuum that led to the rise of various centrist parties with great aspirations for change but very few achievements. In the last elections of 2013, the trend of fragmentation reached an unprecedented record, yielding no less than three centrist parties: Yesh Atid, Hatnua and Kadima. The first two were completely new parties, established just prior to the recent elections.

In conjunction with the ongoing fragmentation process, political figures have frequently changed allegiances, moving from one party to another. Thus, for instance, within less than a decade, Justice Minister Tzipi Livni shifted between three political homes: she started her political route in the Likud Party, and then moved with Sharon to Kadima. In the 2013 elections, she set up the Hatnua Party. And at present, she is on her way to her fourth political home, which, at this stage, seems to be the Labor Party. Although socioeconomically Livni has little in common with the social-democratic agenda of former Labor Chair Shelly Yachimovich and social-protest leader Knesset member Stav Shaffir, Livni may well serve as the No. 2 of Labor Chair Yitzhak Herzog. Former Minister Amir Peretz, too, has been hopping between different parties in the last few years: from the Labor Party to “One Nation,” and then back to Labor, from whence he jumped to Hatnua. And these days, he is heading back home to Labor, for the third time.

Former Knesset member and ex-Deputy Director of the Shin Bet Yisrael Hasson told Al-Monitor on April 4 how, on the night Rabin was murdered, he had come to realize that the political system was in for some 15-20 years of leadership turmoil. His forecast proved quite accurate. In fact, in retrospect, the 1996 elections, held following Rabin's assassination, seem to be the turning point, at which the political system entered an era of continuous divisions. And Sharon's big bang is still there, looming over the 2015 elections, with small, fragmented parties, and politicians who change parties every two years. According to some not-implausible scenarios, this time around none of the parties might pass the threshold of 20 Knesset seats.

The implications of such a situation for the stability of the government are destructive: A government made up of six or seven parties, each having its own manifesto, which at times contradicts the agendas of the others, would not be able to efficiently serve the citizens, and certainly not for long. We have seen it just now, when the volatile alliance between the Yesh Atid and HaBayit HaYehudi parties led, among other causes, to the downfall of the current government.

The government to be formed after the upcoming elections, whether headed by Netanyahu — for the fourth time — or by another party leader, will probably find it difficult to have a clear agenda or promote significant moves. And the main reason for this is that the next prime minister of Israel will most likely head a medium-sized party, and consequently experience inherent political weakness. He will have to formulate an eclectic agenda to cater to the needs of each and every one of his coalition partners.

That is what might happen under the following scenario, where Labor voters could discover that they have facilitated the election of Foreign Minister Avigdor Liberman to the premiership. Assuming that Herzog and Liberman join forces after the elections to block Netanyahu — based on a rotation agreement, whereby they would rotate as prime ministers — it is not at all clear what policy they would promote, be it in the economic or diplomatic arena. Indeed, what would a government made up of Liberman, former Finance Minister Yair Lapid, Herzog, former Communication Minister Moshe Kahlon and the ultra-Orthodox look like? And what would Herzog and Lapid do in the face of Liberman's agenda on Israeli Arabs? The “Anyone but Bibi [Netanyahu]” agenda is by no means a government work plan. It may prove effective in bringing to an end Netanyahu era. However, once that era is over and done with, the partners who collaborated to that end are liable to find themselves trapped in a patched-up government and, once again, heading for early elections. Therefore, any government set up following the upcoming elections should put on top of its agenda a change in the system of government, along with the called-for economic and social reforms. Otherwise, with or without Netanyahu, ruling the State of Israel is bound to be a very difficult task.