The Rouhani administration’s long-delayed scheme to provide social housing for marginalized households finally appears ready to be implemented — but not without a bumpy start. 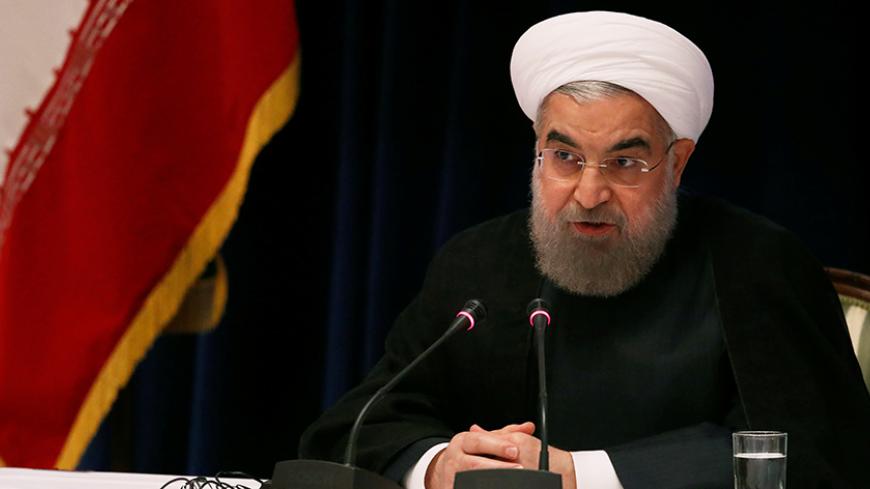 After a two-year delay, Iranian President Hassan Rouhani’s administration is preparing to implement its social housing program. The scheme aims to provide 570,000 residential units to households on low incomes or with special needs by the end of Iranian year 1400 (March 20, 2022). The proposal was approved Dec. 11 by the Infrastructure Commission, and it is now waiting for final approval from the Cabinet.

Government officials say the program will be a substitute for the controversial Mehr housing scheme, which has been mired in controversy. Initiated by former populist President Mahmoud Ahmadinejad, the Mehr scheme has failed to hit its targets due to what housing experts have called bad financing, poor building quality and inappropriate construction locations. The Mehr scheme has remained on Rouhani’s shoulders due to commitments the previous administration made, but it is in its final steps now. Indeed, Deputy Minister of Roads and Urban Development Ahmad Asghari Mehrabadi told the official IRNA news agency in August that the massive project will be completed by the end of the current Iranian year (ending March 20, 2017).

The new social housing scheme is to be financed through a variety of sources, including savings from reforms in fuel subsidies and renovation loans offered by banks. The aim of this is to avoid the biggest mistake of the Mehr scheme: borrowing from the Central Bank. The latter policy notably resulted in a surge in inflation in 2012 and 2013.

The first draft of Rouhani’s plan for social housing in 2014 outlined the provision of 125,000 residential units each year for the first four income deciles of Iranian society. However, the government’s inability to secure lines of credit forced it to postpone the program and reduce its initial target to 100,000 units per year, with the exception of the current year, in which 70,000 housing units must be completed.

The issue is that only three months remain of the current Iranian year, and the Cabinet has not approved the social housing scheme. Meanwhile, some lawmakers are suggesting that parliament must continuously supervise the administration’s performance to ensure that the social housing program will be completed as planned by the end of the sixth Five-Year Economic Development Plan (March 2017-March 2022), which is still being discussed in parliament. Given current expectations, the administration will probably repackage some Mehr housing units as part of its own social housing scheme in the coming months. In this vein, it should be noted that Omid Mohammadi, an official with the Housing Foundation, earlier this year urged the government to reclassify at least 15,000 Mehr residential units, for which no requests had been filed, as social housing.

In the first challenging year of its delayed social housing scheme, the administration should be particularly attentive to the quality of the construction and the locations of the building sites. In other words, it should learn the lessons of the failed Mehr housing scheme. Thousands of Mehr units have been complete for years now, but remain vacant due to their oftentimes unfavorable positions far outside major urban centers. If the Rouhani administration wishes to avoid the prospect of its social housing scheme facing the fate of the Mehr program, it must allocate sufficient resources to fund building locations that are near major cities, thus enabling the prospective inhabitants of these sites good access to proper infrastructure. The latter is of great importance as the private sector — if it is to be involved in the program — is deeply attentive to proximity to urban centers.

In this vein, it should be noted that the profit margin of residential construction projects has shrunk in urban areas in recent years, mainly due to the rising price of land. In 2005, the cost of land accounted for 48% of the total cost of homes built in urban areas, but that ratio increased to 54% in 2013. This was thanks to a jump in the return on investment in the land market — from 26% in 2005 to 58% in 2013, economic newspaper Donya-e Eqtesad reported Dec. 7 citing official data. The average price of homes in urban areas increased by 24% between 2011 and 2015, while the average price of land jumped almost twice as much, by 44%, the same report said. Thus, real estate analysts are urging the government to offer subsidized land to cooperatives, individuals and foreign investors if it really aims to entice private investors to help ensure the realization of its social housing scheme.

Another criticism that has been leveled is that the time limit set for households to vacate their allocated homes is too short. Under the new program, social housing contractors are obliged to rent completed residential units to marginalized households for a decade before they can put them up for sale. Each household that is classified as being in the third and fourth income deciles is to receive rent assistance and security deposits for as long as five years while living in the social housing units. After the five-year period, the households will be replaced by new tenants. By giving them a five-year deadline to move, the government hopes that these households will get financially ready to afford to buy homes using mortgages or home construction loans. However, critics say the five-year limit is too brief for the average economically disadvantaged household to save enough money to buy a home.

Finally, even if everything goes as planned, critics say the social housing scheme’s outlined capacity of 570,000 residential units will again fall short of rising demand for homes. At present, 2.4 million households are in desperate need of housing support, none of whom receive any assistance from government bodies or nongovernmental charity organizations. Social housing is a must for Iranian society, but the scale of the current efforts appears to be too little too late. In this vein, an increase in the private sector’s contribution to the construction of rented accommodations could be one of the solutions to address the shortage of affordable housing over the next decade. But to that end, the government has to find incentives that can persuade private investors to more forcefully enter the residential construction sector.