Why Egypt's anti-terror efforts have failed to curb attacks

Following the suicide attack on Botroseya Church at St. Mark’s Coptic Cathedral complex in Cairo on Dec. 11, some argue the state's policies for confronting terrorism need to be completely reworked. 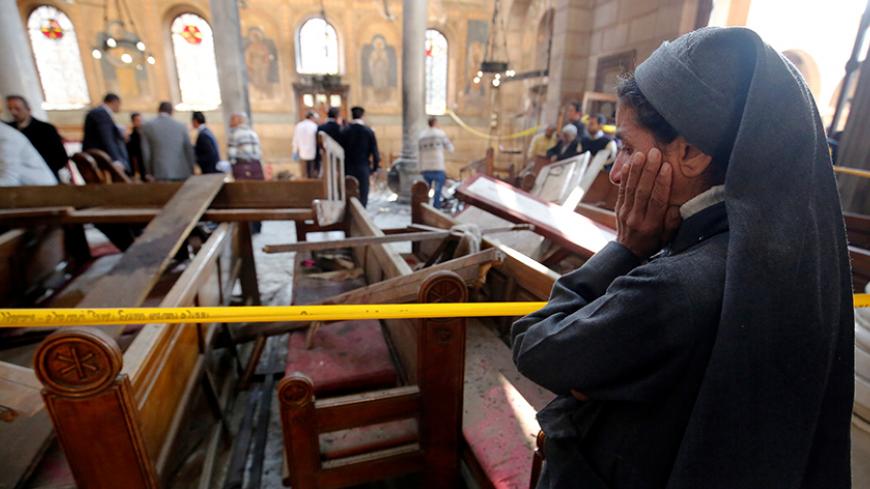 On Dec. 12, President Abdel Fattah al-Sisi called for tighter counterterrorism laws and expressed frustration with the country’s legal system, which he said makes it difficult to prosecute suspects. His statements were made at a state funeral for 24 Coptic Christians killed in an explosion at St. Mark’s Coptic Cathedral complex the previous day.

Egyptians are still reeling from the shock of the attack — the deadliest on Coptic Christians since the Jan. 1, 2011, bombing of the Two Saints Church in Alexandria that claimed the lives of 23 worshipers and injured nearly 100 others. In an online statement, the Islamic State (IS) claimed responsibility for the latest act of violence against Egypt’s Christian minority — estimated to be around 10% of the country's population. The Dec. 11 church attack was carried out by a suicide bomber, as IS vowed to continue its "war against the apostates," in reference to Coptic Christians.

IS' warning sent shock waves throughout Egyptian society. While violence has become all too common in Egypt since the overthrow of Islamist President Mohammed Morsi during military-backed protests on July 3, 2013, most of the attacks have targeted members of the security establishment and have been largely confined to the Sinai Peninsula, where rebels supportive of Morsi and IS-affiliated militant groups are staging an insurgency.

The cathedral bombing marks an escalation in violence and signals a dramatic shift in the militant groups’ strategy toward targeting civilians — in particular, Coptic Christians, who are perceived by these groups as "state agents" because of their support for Sisi. But many of the Christians who had given Sisi their backing in the May 2014 presidential election — seeing him as their savior from Islamist rule and counting on him for protection — have since become increasingly disaffected. In protests outside the cathedral the day after the latest church bombing, hundreds of angry Christians chanted anti-government slogans and called for “the downfall of the regime.”

“Attacks against Christians are not new. Coptic Christians have always felt vulnerable as a minority in the conservative Muslim-majority country and have often borne the brunt of extremist attacks,” Mina Thabet, a researcher on minorities and vulnerable groups at the Egyptian Commission for Rights and Freedoms, told Al-Monitor.

He recalled the scapegoating of Coptic Christians following the crackdown on Muslim Brotherhood supporters in August 2013.

“Christians were targeted by radical Islamists following the forced dispersal by security forces of the Muslim Brotherhood sit-in at Rabia Square in August 2013. Churches and Coptic property were torched and vandalized in the Upper Egyptian provinces of Menia, Sohag, Assiut and elsewhere in the country to avenge the evacuation of the Rabia encampment,” he said.

Coptic Christians who had felt more hopeful about their situation with the election of Sisi in 2014 had their hopes dashed when sectarian violence continued unabated under his rule. The violence, ranging from arson attacks on churches and looting of Christian property to physical assaults on individuals, peaked in May when an elderly woman was stripped naked by a mob and paraded through the streets of Karama, a village in the southern province of Menya. Seven Christian homes were ransacked and burned in the village in the violence that was sparked by a rumor that the woman’s son had had an affair with a Muslim woman.

“Perpetrators of such crimes have gone largely unpunished,” said Thabet.

He cited the case of four Christian teenagers who were sentenced to five years in prison in September for defaming Islam after they had released a video mocking executions by IS as an example of "the unfair treatment Christians suffer." The teenagers, who were tried in absentia, have fled the country, seeking asylum in Switzerland. Besides blasphemy convictions, Coptic Christians in Egypt also complain of other forms of discrimination against them, including their inability to gain employment — particularly in the public sector — and being prevented from obtaining promotions and high positions. Moreover, they continue to be underrepresented in senior military positions and the police force.

Meanwhile, a law on the building and renovation of churches passed by parliament Aug. 30 has been criticized by rights groups for giving the absolute authority to the executive branch in approving or denying permits to build churches. Human Rights Watch said the law runs counter to suggestions by some priests to transfer authority to an independent body.

Thabet blamed the continued sectarian violence on the government’s security approach, which he said fails to address the root causes of terrorism.

“Reform of the educational system with the aim of instilling and promoting a culture of tolerance and nonviolence, creating an inclusive society where all citizens feel valued and have their basic needs met, and involving youth in community development and in the decision-making process [rather than marginalizing them] are some of the ways in which the government can counter radicalization,” he suggested.

Parliament member Tamer El Shahawy, a member of the Defense and National Security Committee, blamed last week’s cathedral bombing on “the intelligence agencies of foreign powers seeking to destabilize the country.” In the wake of the attack, he has submitted a draft law to parliament that would allow the president to refer all terrorism-related cases to military tribunals. For the law to be passed, Article 204 of the Egyptian Constitution would need to be amended, as it stipulates that only civilians involved in direct attacks on the military (whether on officers, camps, vehicles or weapons) may be tried in military courts. Proceedings in military courts often lack basic due process rights and do not satisfy the requirements of independence and impartiality of courts of law, according to Human Rights Watch.

The government appears intent on intensifying its crackdown on dissent, which rights groups fear is contributing to rather than curbing the radicalization of young Egyptians. The imprisonment of tens of thousands of opposition supporters, the torture of some political detainees and the shrinking space for free expression are among the factors fueling the insurgency, they say.

Hasm (Arabic for "decisiveness"), a militant group that claimed responsibility for a deadly attack that killed six policemen and injured three others on the main Cairo road leading to the Giza Pyramids on Dec. 9, has warned “there will be no safety or security as long as we hold our weapons in jihad for God; there is either victory or martyrdom.”

It is an ominous warning of what might happen if the current policies remain unchanged. 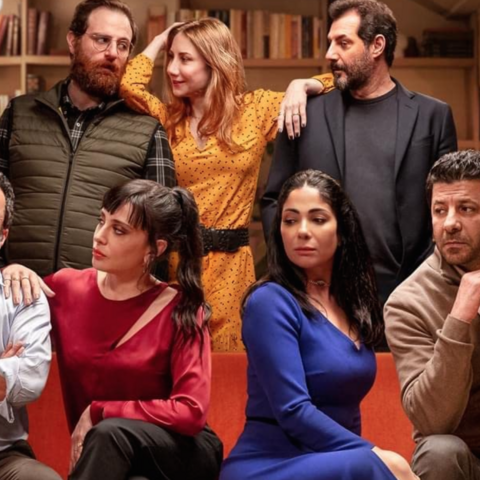