Giant oil companies are withdrawing from oil and gas exploration in Iraqi Kurdistan due to the drop in oil prices and contractual problems with the regional government. 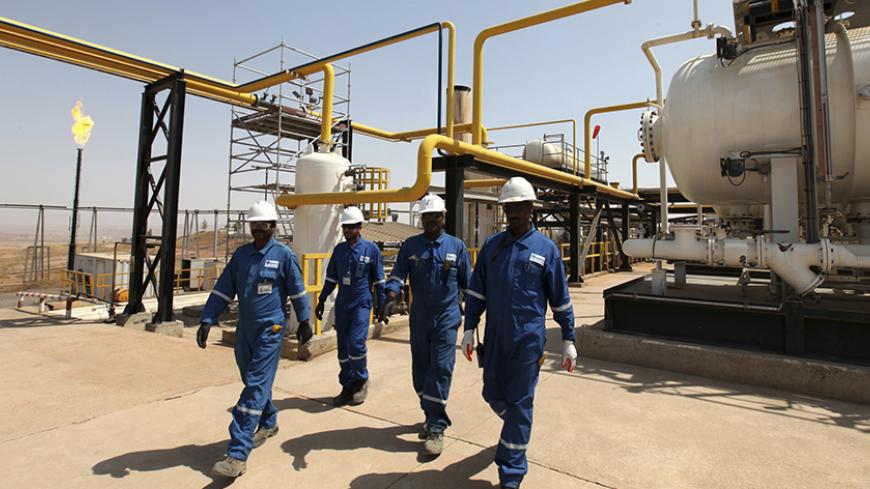 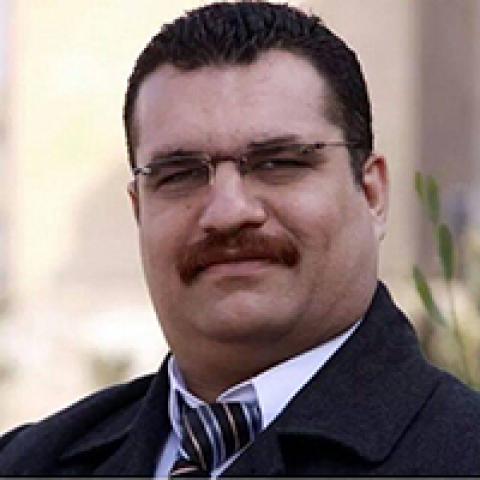 ERBIL, Iraq — Exxon Mobil has pulled out of three of the six exploration blocks it operated in the Kurdistan Region. The American oil giant withdrew from Betwata, Arbat and Qara Hanjeer in Sulaimaniyah province, raising many questions about the sudden step.

Hemen Hawrami, the head of the Kurdistan Democratic Party's foreign relations office, announced during a Dec. 26 press conference that Exxon’s withdrawal came as the result of decreasing production and had no political motivation.

Hawrami said, “Kurdistan is rich in oil and natural gas, and all oil companies wish to work there. Exxon Mobil is now seeking to exploit natural gas.”

In the Dec. 6 Iraq Oil Report, Kurdistan’s Minister of Natural Resources Ashti Hawrami said that Exxon is withdrawing because it could not fulfill its contract with the region's government. “Some companies didn't meet contractual deadlines and according to the contract had to relinquish their areas,” Hawrami was quoted as saying.

Since August 2014, with the onset of the war against the Islamic State (IS) in Iraq, international oil companies have started to relinquish exploration blocks in Kurdistan.

By the end of 2015, Chevron, the second-largest US oil company after Exxon Mobil, had pulled out of the Rovi block in Dahuk province, but continued to operate in the Sarta area.

International oil companies have relinquished interest in a total of 19 exploration blocks in Kurdistan. The withdrawals will weigh heavily on the Kurdistan Regional Government (KRG), which already faces an economic crisis.

Bilal Saeed, who hosts a program called “Black Gold” on Rudaw Radio, told Al-Monitor that Exxon’s withdrawal will have direct repercussions on the oil sector in the Sulaimaniyah province and the Kurdistan Region in general.

“The American oil giant pulled out because of the Iranian influence. Based on previous experience, Sulaimaniyah is believed to be affiliated with the Iranian axis. A company like Exxon does not wish to invest in an area that is affiliated with Iran,” Saeed said.

Saeed did not exclude technical issues as another reason that led to the withdrawal of Exxon Mobil, saying, “Oil exploration in the Sulaimaniyah areas has not led to encouraging outcomes.”

Exxon Mobil had helped attract other international companies to the region, such as Chevron, Total and Gazprom. During an oil and gas conference in London on Dec. 5, the KRG announced that it is getting ready to launch a new tender for oil and gas exploration in 20 excavation blocks in early 2017. However, the withdrawal of Exxon Mobil from three excavation blocks will discourage major oil companies to invest in new fields.

Curran Mustafa, a researcher for the Kurdish American Institute for Economic Research in Erbil, expects the drop in oil prices to push a number of oil companies to abandon their investments in the Kurdistan Region. He told Al-Monitor, “The decline may be one of the effects of Exxon Mobil’s withdrawal from three excavation blocks in the region, but the company is still operating in other areas and has yet to announce its intention to leave the Kurdistan Region.”

He added, “Political instability in Sulaimaniyah province is another reason for Exxon Mobil’s pullout from these three blocks,” he said.

Since Oct. 10, 2015, the city of Sulaimaniyah has been witnessing intermittent demonstrations against the difficult economic conditions for civil servants and educational workers in the region due to the KRG’s delay in disbursing their salaries and the salary cuts as part of the austerity measures implemented by the KRG, in addition to the war against IS and the plunge in oil prices.

According to the latest report of the Ministry of Natural Resources issued in November, the total exported and consumed oil during that month from the KRG fields stood at 19,552,432 barrels at an average of 651,748 per day. The report also showed that a total of 17,629,368 barrels were exported to the Turkish port of Ceyhan at a daily average of 587,646 barrels, while the quantity of oil refined locally reached 1,923,065 barrels.

Riwaz Faeq, a member of the KRG's parliamentary committee for energy and natural resources, told Al-Monitor that three factors led to the withdrawal of oil companies from the Kurdistan Region, most notably the failure by the KRG to meet its obligation to pay the companies on time.

She added, “This is in addition to the general situation witnessed in the Kurdistan Region and the dissatisfaction of the political parties and the citizens with the political process, which stirred up concerns and fear among oil companies who lost a sense of security and safety. This is not to mention the fight against IS.”

Faeq noted that the solution is to regain the trust of these companies and make them feel safe in the region again. “The KRG should seek to build trust between citizens and oil companies, which would prevent the withdrawal of other companies,” she said.