Turkey's freshly downgraded credit rating is fueling paranoia, though economists point out that Turkey's economic decline was well established before the coup attempt. 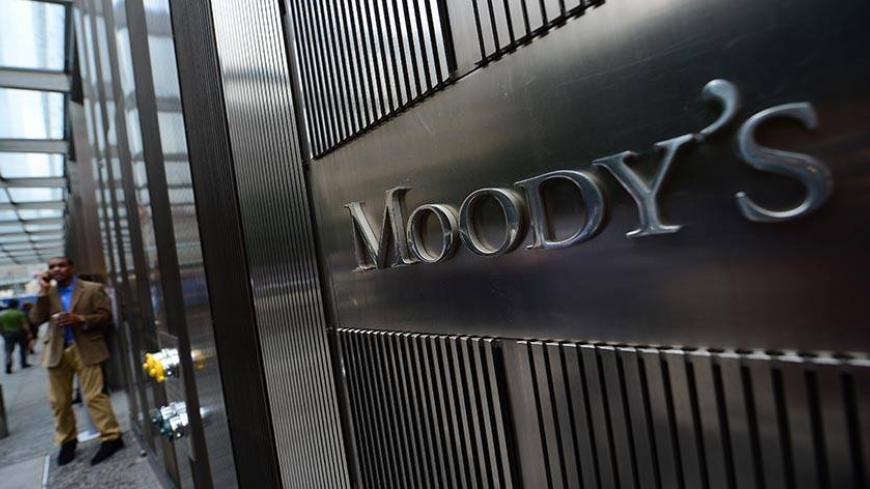 A sign for Moody's rating agency is displayed at the company headquarters in New York, Sept. 18, 2012. - EMMANUEL DUNAND/AFP/GettyImages

On a rainy day in May 2013, US President Barack Obama and Turkish leader Recep Tayyip Erdogan stood together under umbrellas in Washington praising the strategic partnership between their countries while Moody’s Investors Service was upgrading Turkey’s credit rating to good.

But since that heartwarming meeting of two leaders, black clouds have drifted over US-Turkey relations. Deep rifts over Turkey's Syria policy, Gezi Park protests, corruption probes and finally a coup attempt have had traumatic effects on the relations between the two countries.

The latest blow came from Moody’s. Erdogan, who visited the United States in September, returned to find Turkey with a lower credit rating.

The credit rating announcements that coincided with Erdogan’s two visits to the United States have inspired a new fear: Will the next coup attempt be launched on the economic front?

“They lowered our grade when I was returning home as if they were seeking revenge,” Erdogan said, attributing the decision to political motives. He wasn’t alone in objecting. The move was met with anger not only from the prime minister, other ministers, media figures and even opposition parties but also from a majority of the Turkish public.

“These organizations are trying to control us. They are not neutral but trying to create perceptions,” said Prime Minister Binali Yildirim.

His deputy, Numan Kurtulmus, said that the decision's coinciding with Erdogan’s trip to the United States had meaning: “This was the aftershock of July 15.” Selin Sayek Boke, deputy chairperson of the main opposition Republican People's Party, also said the decision was politically motivated.

In the second quarter of the year, Turkey’s growth rate was below 3.1%. An even worse performance is likely in the third quarter.

Moody’s, which had once upgraded Turkey’s credit rating to Baa3, lowered it this time. The rating agency cited the country's increasing financing needs, a slowdown in economic growth and weakening institutional structures in lowering Turkey’s grade to “junk,” a non-investment speculative level.

Economist Gizem Oztok Altinsac told Al-Monitor that even if there had not been a coup attempt, economic and political developments could have brought about a reduction in the grade and advised Turks to keep a cool head.

“We cannot claim that our grade would not have been lowered had there been no coup attempt. The growth rate is sluggish. We have high geopolitical risks. Tourism has suffered because of the escalation of terror. All these affect the country’s foreign financing needs. The coup attempt might have expedited the process of grade lowering. We should not forget that we have been on negative monitoring for the past 30 months,” she said. She added that since 2013, the Turkish economy has been growing more fragile.

The markets were caught off guard by the downgrade. On Sept. 21, a Moody’s official had told Reuters that the Turkish economy had overcome the shock of the coup attempt and many analysts had interpreted his comment to mean that there would be no change to Turkey’s rating.

Major Turkish media outlets, giving voice to the public, were harshly critical of the decision.

The Turkish public experienced a unity similar to that during the coup attempt, when most of the country was convinced that infamous cleric Fethullah Gulen had engineered it and viewed the United States with equal suspicion. According to a poll by Andy-Ar, 72.6% of the public believes that there are other countries behind the coup attempt, and 64.4% say the coup was the work of Gulen.

The harshest reaction came from Interior Minister Suleyman Soylu, who bluntly stated that the United States was behind the coup attempt. Other officials have accused an unnamed "superior intellect" as the culprit. Gulen’s continued residence in the United States and the US administration's refusal to extradite him have naturally increased anger against the United States.

US Vice President Joe Biden, who visited Turkey amid the increasing tensions, firmly said the Americans were not behind the coup and issued messages of friendship. But it is hard to see how Biden’s displays of affection have allayed the Turks' anger. Even a decision by a credit rating agency was enough to inflame distrust.

Atilla Yesilada, an economist with Global Source, put it succinctly to Al-Monitor: “Moody’s decision was not politically motivated, but its timing was so lousy that they cannot avoid such accusations. But I share their concerns. Our institutional structure is coming apart and our growth will slow down even more."