The Turkish authorities have arrested both co-mayors of Diyarbakir, Gultan Kisanak and Firat Anli, sparking massive protests that the press is having trouble covering after internet access was cut across the city. 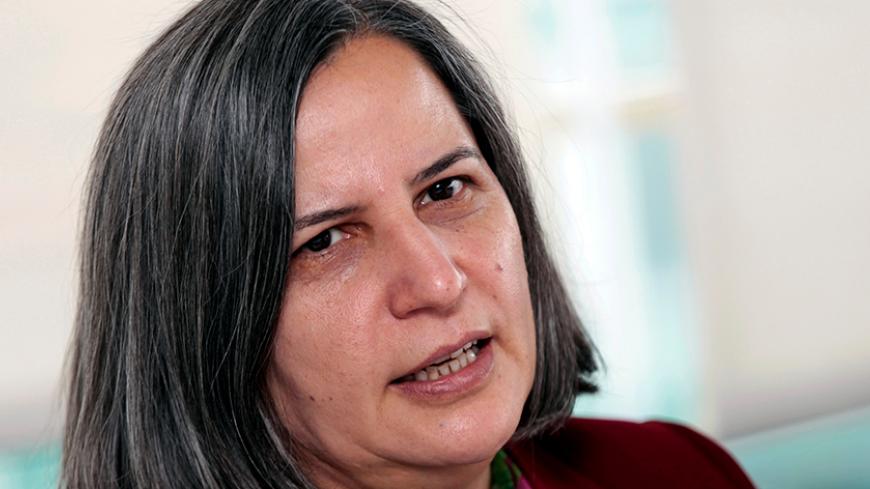 A common refrain among Turkey watchers these days is that just when you think things can’t any worse, they do. On Oct. 25, Turkish authorities detained Gultan Kisanak, the co-mayor of Diyarbakir, the unofficial capital of Turkey’s largely Kurdish southeast region on thinly supported charges of being a member of the Kurdistan Workers Party (PKK). Her co-mayor Firat Anli was also detained, joining thousands of other Kurdish activists and politicians who are being held for alleged links to the PKK.

The move sparked widespread fury in Diyarbakir, where according to eyewitnesses contacted by Al-Monitor, several thousand demonstrators massed before the Diyarbakir city hall on Oct. 26 demanding the mayors’ release.

Police backed by armored vehicles used pepper gas and water cannons to disperse the crowd. At least 25 people, including officials from the largest pro-Kurdish bloc, the People’s Democratic Party (HDP), were detained. Blanket Internet outages were reported in Diyarbakir throughout the day, forcing local journalists to travel to the city of Adana some 325 miles southwest of Diyarbakir to file their stories.

The charges against Kisanak range from calling for autonomy for the Kurds to arranging transportation for the coffins of PKK fighters for burial. One veteran journalist who spoke to Al-Monitor on condition of anonymity said, “Locking her up is the equivalent of locking up the prime minister of Turkish Kurdistan, that is how people feel.”

Until recently, Turkey’s President Recep Tayyip Erdogan would have backed the scheme. As prime minister, he became the first Turkish leader to publicly acknowledge that the state had mistreated its Kurds and to open direct peace talks with the PKK and its imprisoned leader, Abdullah Ocalan.

Now he is at the vanguard of a multi-pronged campaign to “crush” the PKK and its affiliates. Since last summer, the Turkish army has escalated its attacks against the rebels, marking an end to a mutually observed cease-fire that was called in April 2013. In August, Turkish troops moved into northern Syria to fight the Islamic State. But their main target is the PKK’s Syrian franchise, known as the Peoples’ Protection Units. The PKK increasingly relies on improvised explosive devices and car bombs that kill hundreds of Turkish soldiers — and civilians.

Pressure has been growing on the HDP and its regional branch known as the Democratic Regions Party, on whose ticket Kisanak and Firat were elected in 2014. In May, some 50 lawmakers were stripped of their parliamentary immunity in a motion spearheaded by the ruling Justice and Development Party (AKP).

On Sept. 24, Kurdish mayors in the southeast provinces were booted out on “terror” charges and replaced with government-appointed administrators. At least 9,000 Kurdish teachers have been sacked and 20 Kurdish media outlets, including a cartoon channel, shuttered on similar grounds.

Tuesday’s detentions are likely to touch off further retaliatory attacks from the PKK. In a statement, the PKK called on Kurds across Turkey and Europe to “resist.”

Last month, the group murdered an AKP official in the southeastern province of Van, saying he had “assisted” a newly appointed administrator. Another worry is that the PKK will attack Istanbul and Ankara, dealing a further blow to the country’s already tottering tourism sector.

Back in Diyarbakir, pockets of demonstrators including HDP lawmakers began a sit-in, vowing to keep up their vigil until the mayors are released. The government’s recent actions suggests they may have to wait a long while.