The first shake-up of Iran's banking sector in three decades is only the first step toward supporting the economy. 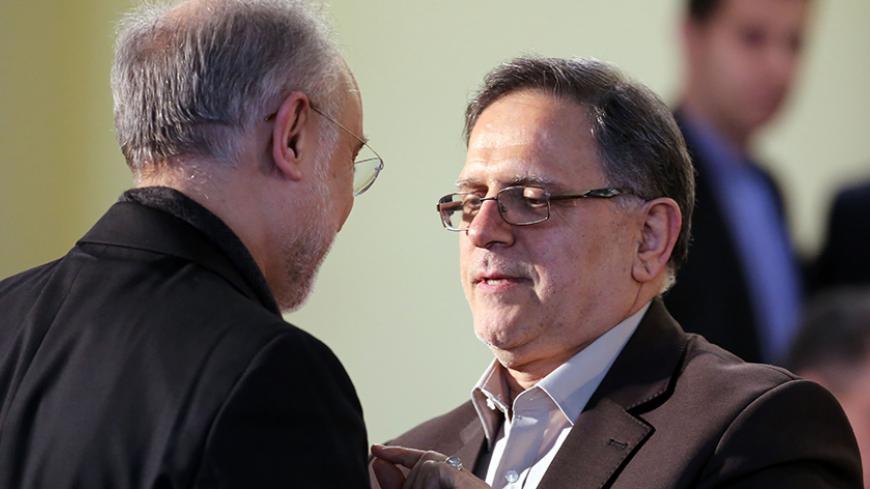 TEHRAN, Iran — On July 24, Valiollah Seif, the governor of the Central Bank of Iran (CBI), unveiled the Central Bank and Usury-Free Banking Reform Bill, also known as the Banking Reform Bill, to support sustained acceleration in economic growth and broad expansion of the private sector, which is currently suffering from a credit crunch in the Iranian financial system. If approved by the government, the bill will then be sent to parliament.

Iran's current banking laws are decades old and have never been comprehensively reviewed by any administration subsequent to the 1979 Islamic Revolution. Indeed, Seif said, the Central Bank Law was last revised in 1983 and before that in 1972. Under President Mahmoud Ahmadinejad (2005-13), some efforts were made to begin revising the laws and regulations governing the sector — under the framework of the government’s broader Economic Development Plan — but nothing really became of it.

The objectives of the overhaul envisioned in the Banking Reform Bill involve enhancing the policymaking and supervisory role of the CBI, lowering the ratio of nonperforming loans (NPLs), raising capital requirements for banks and eventually paving the way for government debt owed to private contractors and banks to be securitized.

The CBI has taken important measures over the past year to restructure the myriad unlicensed credit and financial institutions (UFIs) and bring them under its supervision. This is of particular significance given that UFIs are widely singled out as the most important source of instability in the financial sector, because they often ignore CBI directives on interest rate caps (presently at 15% for one-year rial deposits). The proposed banking reform includes the imposition of a number of added penalties to keep UFIs in check.

Sharia-related issues, including compliance of banking operations with Islamic tenets, are another significant challenge addressed in the bill. Through Sharia, Seyed Abbas Mousavian, a senior member of the CBI’s Fiqh Council, told the Financial Tribune Aug. 7, “Misunderstandings about the performance of the banking system will be removed.” He added, “With this trend, people’s trust and confidence in the banking system will increase.”

Though it was established almost a decade ago, the Fiqh Council, which examines issues in terms of their adherence to Islamic jurisprudence, has not been recognized as an entity within the CBI whose directives enjoy legal or official status. This has to do in part with the absence of necessary reforms for the bank. The Banking Reform Bill seeks to address this shortcoming by acknowledging the importance of an effectively functioning Fiqh Council within the CBI.

The Fiqh Council of the Securities and Exchange Organization — tasked with ensuring that capital market financial instruments comport with Sharia — has boosted the introduction of new investment vehicles to the securities market. In a similar vein, the strengthening of the CBI’s Fiqh Council under the reform bill is intended to boost the likelihood of new monetary instruments being added to the CBI’s toolbox alongside enhanced Sharia supervision of UFIs.

Nonetheless, for the administration of President Hassan Rouhani to achieve the results envisioned by the proposed law, certain preconditions must be met. For instance, the Banking Reform Bill aptly defines price stability and inflation control as the core objectives of monetary policy, but this runs up against a shortcoming with respect to the governance structure of the CBI concerning the limited powers of the central bank governor under current law.

Indeed, the draft reform continues to envisage decision-making committees dominated by representatives of other government bodies. This is in stark contrast to the central banks of developed economies, whose governors are allowed to execute their decisions independently, without interference from the executive branch. Even under the proposed changes, the CBI governor, according to Article 19 of the banking bill, will still need the president’s backing before his decisions can be implemented.

Economic experts are of the opinion that to enhance the ability of the money market regulator to pursue its inflation objectives independently, membership dynamics in decision-making committees should be changed to be limited to CBI officials and independent professionals in the industry. In Article 20, Clause 1, of the reform bill, among the qualifications for CBI governorship candidates is the requirement of “not having [engaged in] extensive financial misdeeds,” which implies that anything less than “extensive” misdeeds is acceptable.

Moreover, the provision that bans the CBI from buying government bonds at their initial issuance is neutralized by the reform bill's Article 2, which stipulates that the central bank determines the rial exchange rate against foreign currencies. This function is typically not conducted by central banks, but by treasuries. As such, it appears that Clause C of Article 2 is weighed for political reasons. Indeed, mandating a CBI subservient to the president in regard to fixing exchange rates could come in handy to the government, as it can attract votes by strengthening the rial and thus facilitating cheap imports, such as from China. In practice, this means that fiscal policy will dictate mandates on monetary policies, which is in stark contrast to the autonomy of central banks in developed economies.

To reintegrate Iranian banks into the global financial system, the CBI has requested that local banks prepare their financial statements using the International Financial Reporting System, which would be a step forward in terms of boosting transparency in the financial system. Coupled with the implementation of steps agreed to with the Financial Action Task Force, this will help facilitate foreign direct investment in Iran, expand the Iranian capital market, lower financial costs and eventually mitigate the banking sector’s outsized funding burden.

Banking reform at this juncture is certainly welcomed given the continued sluggish growth of the Iranian economy and toxic assets weighing heavily on the balance sheets of big lenders. Nonetheless, it is imperative that wise and reasonable revisions be made to the Banking Reform Bill. If not, the banking sector, along with the economy as a whole, will continue to pay the price for the absence of necessary and meaningful change.