Progress on major banking reforms in Iran finally moves in the right direction after years of stalling. 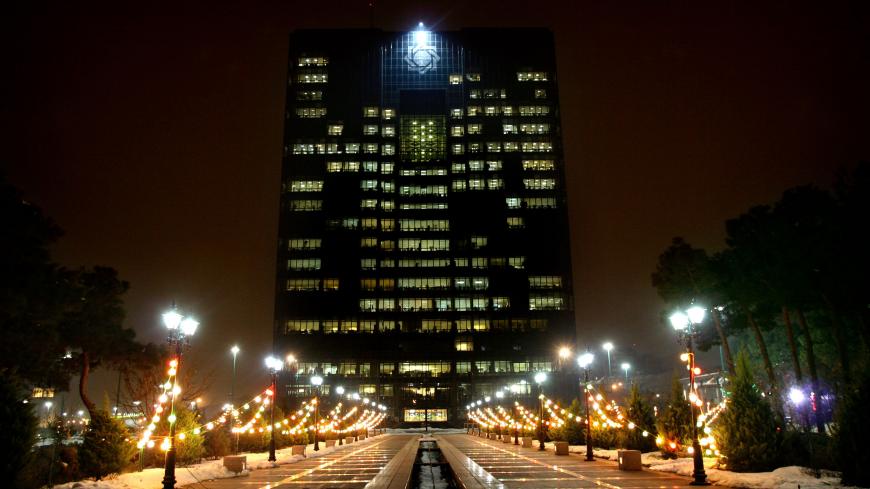 The arduous path to independence in monetary decision-making from the government that many central banks have gone through remains the road not taken for Iran. But the new Iranian year, which began March 21, holds promise to prove the turning point bestowing the Central Bank of Iran (CBI) with its long overdue independence while also having the potential to yank the banking system out of its current state of limbo.

As President Hassan Rouhani vowed shortly after his second swearing-in ceremony last August following a landslide victory, his administration aims to become the first to instill fundamental banking reforms since the 1979 Islamic Revolution.

The previous government and parliament tried their hands but fell short with lackluster reform measures consigned to memory at a time when the country was hit with nuclear-related sanctions.

The Rouhani administration extensively reviewed and made changes to previous reform measures and devised what has been commonly referred to as the "twin bank reform bills" — one for bank reform and one for CBI reform. These were supposed to be presented to lawmakers about two years ago, but as the government kept procrastinating, parliament members came up with their own reform plan and tried to push it through. The latter effort was spearheaded by conservative cleric and two-time parliament member Mohammad Hossein Hosseinzadeh Bahraini and the Parliament Research Center.

As the government's twin bills were not fully ready at the time, which was during the previous summer, the Cabinet hastily made final reviews of a unified bank reform bill on July 23, which mostly gained attention in the media for its proposed change in the official monetary unit from the rial to the toman. If the monetary unit change measure is passed, the change will be mostly cosmetic, as it will only lop off one zero (each toman equals 10 rials) and make everyday transactions easier for the people who already use toman as their preferred unit.

The longstanding idea of knocking as much as four zeros off Iran's currency, which officially trades for 42,000 against the greenback, seems to have been postponed until at least after bank reforms have materialized.

Rouhani eventually submitted the government's final bank reform blueprint to parliamentary speaker Ali Larijani on Aug. 15, 2017. The blueprint was supposed to consist of the twin bills but was submitted as one bill that some posit was only a shadow of what it was expected to be.

In its review of the measures submitted by the government, even the Parliament Research Center found them to fall short of the mark on several issues, but it accepted the general framework put before the parliament. According to Amir Hossein Amin Azad, one of the architects of the government’s bank reform scheme, this is because when parliamentarians were pushing their own measures through, they realized that their reform plan alludes to regulatory and supervisory entities that are currently nonexistent in Iran.

Amin Azad, who boasts a working experience of more than two decades at CBI and was its director of regulations and anti-money laundering until recently, broke down the current complicated state of bank reform during a recent event in Tehran. As he outlined, parliament members turned to the government's proposed bill for CBI and bank reform and coupled it with their own bank reform to come up with a final blueprint.

The latest government-proposed blueprint for CBI, which is similar to that of the parliament in terms of its general form, envisions a high council at the top that sits next to an independent council that will most likely play a similar role to the Money and Credit Council, Iran's highest financial decision-making body at the moment — which is a far cry from being independent in its current state because its members include four ministers and a slew of other top-tier government officials and advisers.

"The reform plan presented by the government is an avant garde plan when compared with the current state of things," a former high-level executive with the CBI told Al-Monitor on condition of anonymity.

"The general tenets of the plan are positive, and if it's passed without any major changes it will be a big step forward and will be able to solve many of the existing hurdles," the source added.

But that will certainly prove much harder than it sounds, because parliament members and the government — who have been at each other's throats on multiple occasions recently, including over the handling of the fate of troubled unlicensed credit and finance institutions and surging foreign exchange rates — will first have to mold a unified vision that can be put to a vote. If approved, then they will require the green light from the Guardian Council, the highly influential constitutional watchdog.

On the bank reform front, proposals made by the government and parliament include corrections on conditions of establishing a bank or credit institution, ownership of banks' shares, banks' structure, usury-free banking, financial reporting of banks, transparency and accountability of the banking system, supervision, disciplinary regulations, association of banks, the deposits' guarantee fund, and bankruptcy and dissolution of banks.

Those are on top of measures underway with the aim of making Iranian banks conform to global regulations and standards, including International Financial Reporting Standards, anti-money laundering and combating the financing of terrorism, corporate governance and compliance. In addition to that, banks are now working hard to clean up the myriad swept-under-the-rug problems in their balance sheets, namely by boosting their low capital adequacy ratios, shedding their excess assets — mostly held in the stagnant housing sector — and reducing their high ratios of nonperforming loans.

Furthermore, banks will need to clear their mounting debts to the CBI, which stand at more than 11.67 quadrillion rials ($277.85 billion) according to the latest statistics. The liabilities have stacked because when the government was barred from directly tapping into CBI resources to cover for its ever-present budget deficits some 15 years ago, it shifted to heavily borrowing from the banking system instead, which in turn forced the banks to become indebted to the CBI.

The latest manifestation of bank reform preparations came weeks ago, when the CBI's deputy for supervision announced the biggest consolidation in Iran's banking system in recent years, based on which unlicensed credit and finance institutions Mehr Eqtesad and Samen will soon be dissolved into Ansar Bank — and Hekmat Iranian, Kowsar and Ghavamin (two credit institutions and a bank) will be merged into a single bank. All aforementioned credit and financial institutions have ties to the armed forces and law enforcement.

The next few years and specifically the next few months — especially as the Donald Trump administration will announce its decision about whether to renew sanctions waivers — will prove immensely influential concerning Iran’s banking ties with the world at a time when lack of relations with major international banks is hurting the country in many ways. Iran will need tens of billions of dollars and a steely resolve to bring its banking regime on par with the rigorous and constantly evolving international standards. Under these conditions, the government would be well advised to focus on working closely with parliament to pass reforms that will give the CBI its independence and strengthen Iranian banks sooner rather than later.