While Iran is certainly on the brink of a major banking crisis, the likely outcome won’t be financial collapse but rather a restructuring of banks. 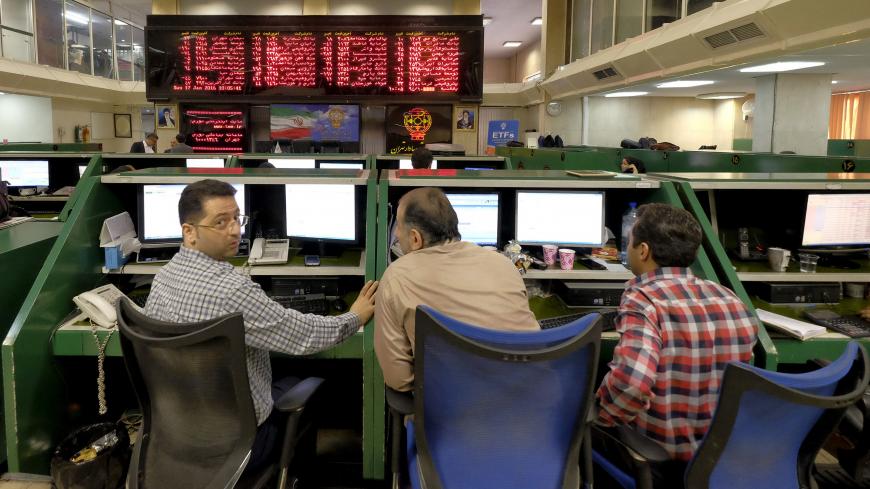 Iranian and international experts have opined for some time that Iran’s banking sector is at risk of a financial collapse due to toxic assets. It is no secret that over the past decade all Iranian banks were negatively affected by sanctions, internal mismanagement and corruption. Another disturbing factor in the financial sector has been the presence of unlicensed financial institutions that distorted the market and created unregulated competition for regulated banks. Furthermore, corruption and government interference have led to the accumulation of tens of billions of dollars of bad debts that will continue to put pressure on the balance sheets of Iranian banks for some time to come. Should these toxic assets lead to a collapse of the banking sector, Iran will experience major economic hardship.

Before addressing the risk of collapse, it should be noted that the Central Bank of Iran (CBI) is midway into a reform and restructuring process that is aimed at improving the conditions in the banking sector — a process that was discussed in Al-Monitor recently.

In this article, we will focus on the outlook for the banking sector, which, according to the International Monetary Fund (IMF), remains weak due to the high ratio of nonperforming loans (NPLs). Experts agree that most NPLs have resulted from politicized lending through corrupt networks. Furthermore, Iranian banks have a high portion of overvalued and illiquid assets on their balance sheets that need to be adjusted through a transparent process. In a statement on Dec. 18, 2017, the IMF outlined the need for “an asset quality review, related-party lending assessment, and a time-bound action plan to recapitalize banks and address non-performing loans.”

Over the past decade and as a result of the mentioned ills, most Iranian banks have been faced with what is known as a low capital adequacy ratio (CAR) and have tried to address this issue by increasing their base capital. This fact led the CBI to introduce new capital rules for banks in June 2017, resulting in all banks being compelled to increase their capital and also introduce Basel III compliance structures.

For example, Bank Sepah’s CAR had dropped to 2% during the sanctions years and the entity had to increase its capital by 740% to reach a CAR of above 10% by January 2018. Bank Sepah is one of three large banks that remains in government ownership.

At the start of the current Iranian year (March 21), the CBI instructed all banks that are listed on the Tehran Stock Exchange (TSE) to retain profits and increase their capital. However, the problem is that most banks are not making any profits. For example, Bank Saderat (BSI) — a privatized government bank that is listed on the TSE — has announced a per share loss of 788 rials ($0.019), a piece of data that led to a 50% drop in BSI’s share value. Parsian Bank — the largest private bank that is affiliated with the Iran Khodro Group — has announced an expected per share loss of 1,026 rials ($0.024). These and other similar losses for Iran’s banks are partly related to CBI pressure to apply new reporting and accounting standards and also to add precautionary reserves.

As an additional factor, the recent turbulence in the country’s foreign exchange market has further deepened the crisis in the banking sector, especially through the issuance of new bonds with a 20% annual interest rate in an effort to withdraw liquidity from the overheated foreign exchange market. Generally, the top Iranian banks that are listed on the TSE are all in a critical financial position with massive accumulated losses. According to local reports, the above mentioned CBI interference in March 2018 caused a total of $1.67 billion of additional loss to Iranian banks.

So will these banks collapse?

It is difficult to offer a generalized answer to this question. Each bank needs to be analyzed individually, especially after a qualitative asset valuation has taken place. The good news is that the CBI is fully focused on this issue and is trying to develop solutions. However, as the recent episode with the foreign exchange rates proves, changing priorities may even push the CBI and the government to engage in initiatives that will harm the financial sector.

One of the first steps in the process has been to find ways to clear the government’s debt to the banking sector, which stood at $15.1 billion as of Dec. 22, 2017. This is a complex issue, as there is a triangle relationship of debt between the government, the CBI and banks. Therefore, the government has secured approval from the Majles to clear a total of $11.5 billion of debt involving a multi-stakeholder debt swap between the government, the CBI, banks, social security organizations and private contractors. Appreciating Iran’s overall culture of ambiguity, one can imagine how complex this process will be; however, the CBI has to insist that all banks report their new balance sheets based on the latest accounting rules.

Furthermore, several Iranian banks are following government instructions and have started to sell their noncore assets. Though some of these assets may not find new buyers, it is an important process to get Iranian banks to focus on banking rather than other business activities.

Even at that point, Iranian banks will need further capital, and there is little doubt that future recapitalizations will have to be financed with long-term government bonds. However, issuing debt securities is a controversial topic in Iran, and for each of the bond issues, the CBI and the government need to engage various stakeholders, especially the Majles.

Another important component in this process would be to merge a number of Iranian banks to create strong and reliable financial players in an economy that has too many vulnerabilities. On a smaller scale, the CBI has engaged in mergers of financial institutions when it asked a number of banks to take over the failing financial institutions, but when it comes to larger banks, the process will gain in complexity. Notwithstanding, the CBI will have no choice but to push for these mergers and also to impose and implement tough regulations on the country’s banks in order to prevent a deeper crisis.

So at the current juncture and with all efforts in place, Iran should be spared a financial collapse, but a logical process will dictate that the country’s more than 30 banks will be merged into less than 10 banks, which will in all likelihood be in a better financial and compliance position.