In Iran, debate on how to avoid a looming banking crisis reaches fever pitch, with the future structure of the Central Bank of Iran becoming a battlefield between the government and its conservative opponents. 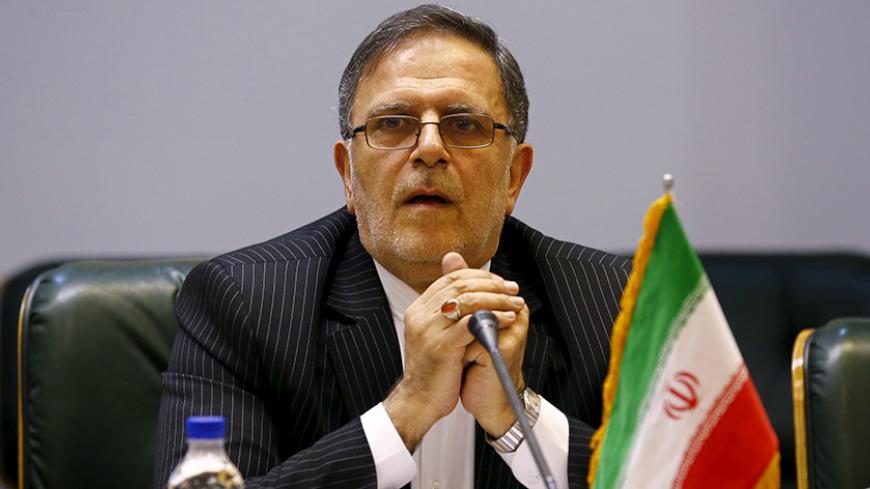 In Iran, there are two main approaches to how to avoid a looming banking crisis. The first is to get the Central Bank of Iran (CBI) to implement a major quantitative easing (QE) program — the introduction of new money into the money supply — in a bid to provide troubled banks with immediate liquidity. The second, less risky, solution aims to help out financial institutions without QE. Advocates of the latter approach are very worried about the inflationary consequences of the CBI printing money. As such, they urge banks to embrace structural reforms and address their nonperforming loans (NPLs) — which are estimated at 1,100 trillion rials ($33.9 billion) in value — in a more “serious” way.

Widely backed by officials responsible for monetary and fiscal policy, the second approach has been pursued in past years. Yet toxic loans and assets have remained a major problem facing Iranian banks. In this vein, the implementation of a major QE program is highly unlikely — at least as long as moderates are in office. For the incumbent moderates, single-digit inflation has been a central economic goal and an objective that has finally been achieved after decades of double-digit inflation. Though the CBI has already significantly curbed the general level of consumer prices, fear of high inflation has not yet disappeared. Thus, the monetary regulator staunchly opposes any policy that could increase money supply, and hence prices.

In a recent speech, CBI Gov. Valiollah Seif warned that growing money supply can be a serious “threat” to one of the most important achievements of the administration of President Hassan Rouhani, referring to its successful inflation control. Addressing a gathering of bank executives on March 12, Seif called for stricter efforts to control money supply, leading economic daily Donya-e Eqtesad reported. He also urged bank CEOs to take “more serious” action on NPLs, wondering why the NPL ratio, which was curbed to 10.2% in March 2016, has rebounded to 11.6% this month.

The NPL crisis has its roots in policies dating back to the previous administration of conservative Mahmoud Ahmadinejad (2005-2013). Back then, banks were forced to grant extensive loans to influential individuals, who in some cases provided fake collateral to lenders. As a result, lenders now have no leverage to hold these major debtors accountable to pay back what they owe. Yet the CBI is still saying that if bankers pursue their debts intensely, they will be able to reduce NPLs considerably. Seif implied in his March 12 speech that major debtors have remained in close relationships with influential figures, including some bank managers — hinting that if this wasn’t the case, the debtors would’ve given in to the pressure on them by now.

Seif also noted that a massive number of debtors have “falsely” filed for bankruptcy in recent months in a bid to avoid repaying their loans. Indeed, over the past two years, the number of companies filing for bankruptcy has increased by 700%, Mohammad Ali Pourmokhtar, a member of the parliament’s judicial and legal commission, announced on live state television on March 7. In this vein, Seif on March 12 called on the judiciary to look carefully into bankruptcy cases, given that companies subject to bankruptcy protection are exempt from repaying debts to banks.

At his meeting with bank executives, the CBI governor also expressed gratitude for efforts made by the judiciary to hold some of the major debtors accountable. However, he did not conceal his disappointment about the recent activities by conservative groups against the CBI. Indeed, he complained that a “psychological war” has been waged to sabotage what he called the CBI’s achievements, accusing big debtors and conservative supporters of anti-usury banking of propagating against the CBI’s decisions on monetary policy. His comments came after conservatives stepped up their pressure on the moderate administration to elevate the CBI’s supervisory Fiqh (Islamic jurisprudence) Council to a principal body whose decisions should be binding. So far, the CBI Board has been free to reject the Fiqh Council’s decisions. As the Fiqh Council could potentially decide to oppose late-payment penalties over Sharia-based considerations, many debtors have already voiced support for the strengthening of the Fiqh Council’s powers.

The rising pressure on the CBI seems to have been a major reason behind a recent decision by the Cabinet to send two of its controversial banking bills — known as the “Twin Banking Bills” — back to the CBI for further review. No official report has yet been released to clarify what the Cabinet wants revised. The bills are aimed at legalizing reforms in the anti-usury banking law and also in the CBI’s structure. They were supposed to be sent to parliament for a vote after being finalized by the Cabinet, but this has not occurred — perhaps because the Fiqh Council was not included as a principal panel in the bill pertaining to reform of the CBI’s structure. In this vein, the conservatives insist that the Fiqh Council must be able to directly impact monetary policy. The CBI has so far resisted this demand, over concerns that further involvement of the Fiqh Council in the policymaking process would invite unreasonable and radical changes to banking regulations, with some of these changes being in favor of big debtors.

In this equation, should Rouhani survive the barrage of attacks from conservative media outlets and win a second term in the May 19 presidential elections, gloom is predicted to be ahead.

Even if the administration remains in office, observers believe that it will probably end up taking months for the Cabinet to finalize the “Twin Banking Bills” and then submit them to parliament for a vote. Meanwhile, the CBI will end up with no plan to print money to cover a shortage of liquidity in banks. Thus, uncertainty about the future of banking regulations on the one hand, and the barriers that banks face in tackling toxic loans, selling surplus properties and collecting money owed by the government on the other hand, may ultimately keep the banking system almost paralyzed for at least the next 3-5 years.