Nobel laureates, intelligentsia and celebrities around the world unite against the arbitrary detention of Turkish authors. 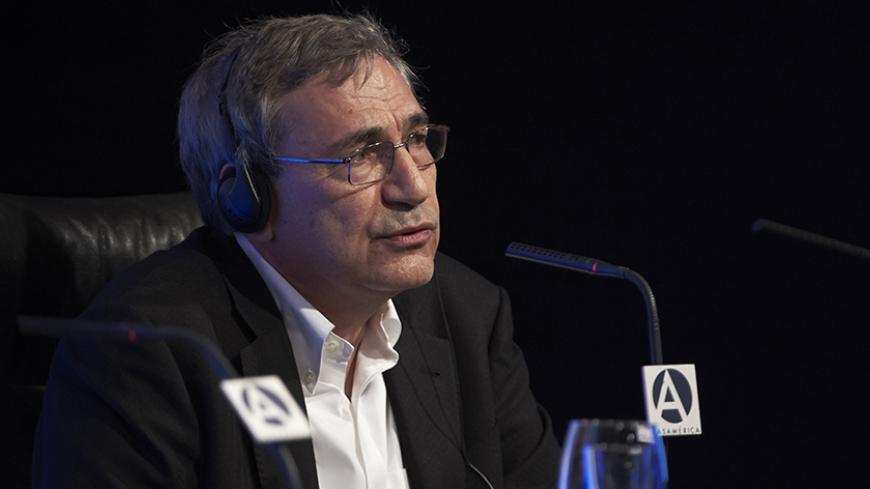 Prolonging religious holidays to make them long vacations has been an established practice in Turkey.

Religious holidays were seen as opportunities to heal social wounds and settle disputes. But nowadays that practice appears to further deepen existing political and ideological fissures while enabling millions of Turks to hit the roads for short holidays.

At dawn on Sept. 10, the apartments of two Turkish opinion leaders and public intellectuals were raided by police in Istanbul. They have been under detention since the first hours of the nine-day-long Eid al-Adha holidays. Nobody has heard from them. Their lawyers could not find the prosecutor who signed their detention warrants because he was on vacation, and they were not allowed to see their clients.

The detainees are not only neighbors in the same condominium, they are also brothers. The elder brother, Ahmet Altan, 66, is a best-selling novelist, a veteran journalist and the former editor-in-chief of Taraf, the controversial daily that rocked Turkey with sensational news stories on the alleged coup preparations of the military against the Justice and Development Part government during the first decade of the 2000s. The younger brother, Mehmet Altan, 63, is a professor of economics but is better known as a columnist who pioneered the trend called “Second Republicans” demanding the termination of the “First Republic” founded by Kemal Ataturk, whose guardian was the military.

Both are household names in Turkey, known for their irreconcilable hostility to anything related to the military.

Yet, a public prosecutor — one of those who orchestrated the unprecedented crackdown in Turkey’s recent history — charged the brothers with colluding with the military. With no substantial evidence to prove the brothers' association with the failed coup, the prosecutor brought up an unheard-of charge, accusing the Altans of participating in a coup plot by giving “subliminal” or “subconscious” messages in a television talk show a day before the coup attempt.

The Altans’ lawyers, who had no access to their clients nor to the prosecutor himself, uncovered the brand-new allegation from information the prosecutor’s office had leaked to the press.

The two brothers are spending the long religious holiday in detention and in unknown conditions. The Turkish media — those that are pro-government propaganda tools under the strict control of authorities and also circumscribed by the State of Emergency — have remained silent about the fate of their well-known colleagues. Some even found this an opportunity to settle scores using pro-government propaganda tools and to engage in vendettas.

As much as there is silence in the media of today’s Turkey, there is also an uproar in the world's intelligentsia.

The campaign — initiated by Nobel laureates J.M. Coetzee of South Africa, the recipient of 2003 Nobel Prize in literature, and Orhan Pamuk of Turkey, a 2006 Nobel winner — was joined by Herta Muller of Germany, the 2009 Nobel laureate.

The signatories included very prominent literary figures from all around the world. The names of Elena Ferrante, Salman Rushdie, Margaret Atwood, Hanif Kureishi, Julian Barnes, Elif Shafak and Gunter Walraff are just some among the scores of important pens.

Internationally acclaimed philosophers and sociologists quickly joined in. Among leading intellectuals and academics are the Massachusetts Institute of Technology's Noam Chomsky — a familiar name for similar campaigns — international heavyweight and octogenarian American sociologist Immanuel Wallerstein, renowned French philosopher Etienne Balibar and his Irish colleague Philip Pettit. Many belong to the most prestigious learning institutions in the world.

Names ranging from British movie star Emma Thompson to her compatriot — the well-known playwright Tom Stoppard — and Nick Cave, a big-name musician with millions of fans around the globe, are united in solidarity with the Altans and other prominent Turkish intellectuals and journalists such as Asli Erdogan, Sahin Alpay and Nazli Ilicak, who were arrested during the witch hunt, which continues in the wake of the failed coup.

To bring together so many influential literary, artistic and intellectual heavy guns is no easy task. It serves as a clue to the severity of the repression of intellectuals in Turkey.

It beckons the call: Nobel laureates and prominent intellectuals of the world unite! Unite against the repression of Turkish intellectuals!

Alessio Colonnelli wrote, “With Western leaders failing us, we need great international minds to act. They have a clear vision and an audience of tens of millions of people.”

He brilliantly stated, “These writers have huge international readerships, with their words translated into [dozens] of languages. Their timely reaction is precisely what has been lacking in the handling of diplomatic and cultural events such as these up until now. We are seeing the direct engagement of our finest minds in addressing brutality on our behalf. We pay for their work, and they speak for us; a personal relationship between writer and reader of the type we used to see regularly until the end of the 1970s.”

“From Turkey to Egypt, the imprisonment of creative[s] and intellectuals has reached unprecedented levels,” read Colonnelli's piece in the Independent — realizing that the governments of those countries are increasingly becoming a burden on the civilized world.

Particularly, Turkey — different from Egypt — is part of the Western world and a member of Western organizations, institutions and alliances. Turning their backs to such irregularities in Turkey for the sake of short-range interests and realpolitik is becoming a shameful act on the part of Turkey’s Western friends and allies.

It is getting to be more and more unsustainable. The growing reaction of the international intelligentsia is a glimpse of hope not only for the freedom of Ahmet Altan and Mehmet Altan — who are spending the long holiday in an Istanbul jail — but also for other jailed intellectuals and journalists and for Turkey itself.