Could Israel have gotten more than $38 billion in security aid?

Responding to criticism by former Prime Minister Ehud Barak over the size of the US security aid secured by Prime Minister Benjamin Netanyahu, the latter argued that Barak is not up-to-date on the facts. 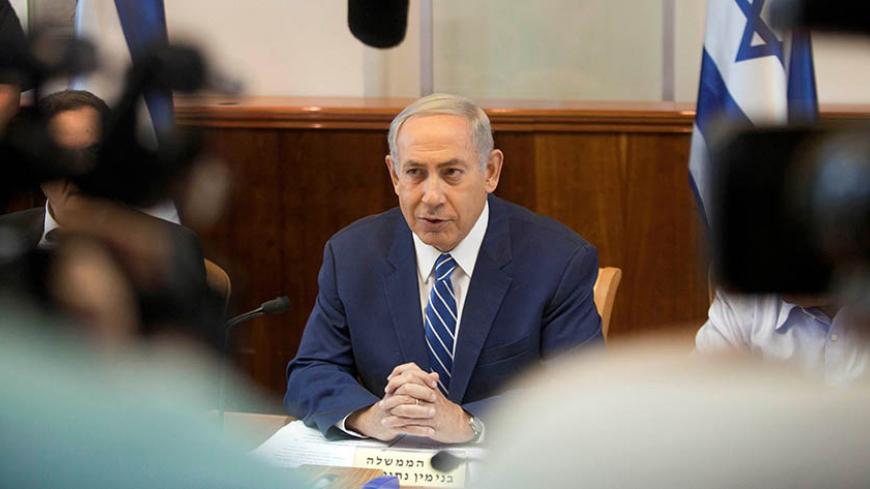 Former Prime Minister Ehud Barak recently stated that the security aid package — the Memorandum of Understanding, or MOU — signed by the United States and Israel is lousy. Then, in the very midst of yet another combative interview given by Barak to the media Sept. 15, he was asked by presenter Yonit Levy on Channel 2 if his assessment is based on concrete information transmitted to him. Barak answered as if brushing aside an annoying fly: “I have been dealing with this for 30 years from close up, in all the negotiations except for those of the last three years. ... I know exactly how people in Israel and Washington think, and I know that we could have received 4.5 billion [dollars a year for 10 years] and much deeper contact with American intelligence regarding keeping tabs on Iran. Also, [we could have gotten] practical dialogue with [US President Barack Obama] on possible sanctions [against Iran] and even the military option. All this was on the table.”

Levy’s question was a valid one, and the answer given by the former prime minister did not exactly convince the observer that Barak has inside information.

The general sentiment provoked by his words was that Barak may have a political agenda. In recent months, Barak has been sending out signals that he wants to enter the ring again and compete for the premiership.

In fact, on Sept. 15 the local media outlets quoted from Barak’s op-ed in the Washington Post in which he slammed Prime Minister Benjamin Netanyahu for irresponsible behavior vis-a-vis the Obama administration, including acts that undermined Israeli security. Since then, Barak has taken out the big guns to take potshots at the prime minister. In a Boston studio, Barak was interviewed by all the Israeli television and radio stations and explained his rather complex and tortuous theory about how Netanyahu could have received another $7 billion in the aid agreement (or $45 billion instead of $38 billion).

The MOU that was signed Sept. 14 promises a lump sum of $38 billion of security assistance to Israel over the next decade. This is the highest sum that Israel has ever received. Still, Barak — and others who followed in his footsteps — attempted to change the narrative and called this a "bad agreement" due to Netanyahu’s shaky, subverted relationship with Obama and the animosity held by the American administration toward the Israeli prime minister. In other words: According to Barak, the MOU embodied Obama’s vengeance on Netanyahu just before the former leaves the presidency.

But with all the interviews and articles by those opposing the deal, it is still unclear on what exactly they base their arguments — and why should the public believe them and not the prime minister and security professionals such as acting National Security Adviser Yaakov Nagel (who categorically rejected this criticism)? Nagel explained that the claim by which Israel could have gotten an additional $7 billion is completely baseless, saying, "The American defense budget is subjected to legal restrictions and also undergoes cuts. Even the offer by elements within Congress for 2017 included [security aid at] 3.4 billion [a year], in accordance with their budgetary cuts. So the assumption that we could have secured another 7 billion [dollars] is completely factless and baseless.’’

Other voices later on joined Barak in criticism, and these received headlines and in-depth interviews in the media. One of the most salient of them was Uzi Arad, a professor and one of Netanyahu’s former advisers who also served as head of National Security. Arad explained that “Netanyahu erred in his judgment and as a result made mistakes.”

The Yedioth Ahronoth newspaper did not pass up the opportunity to attack Netanyahu and, in a column published by Maj. Gen. (Res.) Amos Yadlin on Sept. 18, called the MOU “a strategic loss.”

However, those who expressed scathing criticism of Netanyahu all share one common denominator: They are all political rivals of the prime minister. It is no longer a secret that Barak is in the middle of a failed comeback attempt, including his warnings from every possible pulpit on how Netanyahu endangers Israel’s security. The fact is the public does not want him back in the premier seat, and the public knows that just until a short while ago, Barak himself served as the right-hand man of the same “dangerous” prime minister. All this does not help him get his message over. Meanwhile, Yadlin was the opposition Zionist Camp’s defense minister candidate in the last 2015 elections, and Arad carries a sackful of resentments against his former boss. Anyway, the things Arad says lack public impact, as he is not really a politician or former general.

Another common denominator of all the critics is that their arguments lack real sting. None of them claim the aid was reduced. Indeed, the sum of the aid in the current MOU was increased to a maximum. They only claim it could have been even better.

Facing the waves of criticism, Netanyahu and his people have easily warded off the allegations and instead have dictated their own agenda. Predictably, Netanyahu wrote a long post on his Facebook page in which he stung Barak and the other critics. “I hear all kinds of background noises and disinformation regarding the MOU. I would like to make this clear: We have never been offered more than this; we were not offered more money, not even one more dollar, nor special technologies. These are distortions and falsifications of people who have an ax to grind or are unaware of the facts or have an interest in misrepresenting the facts. But what I find to be most sad of all is the fact that of course they are transmitting ingratitude, lack of appreciation toward our biggest and best friend of all, the United States.”

Netanyahu received unexpected assistance from Zionist Camp Chairman Isaac Herzog, who also knows a thing or two about Israeli-American relations. In an interview with Army Radio, Herzog ridiculed Barak and his criticism of the MOU. “He sits in Boston and gives out grades to everyone. I say, take it easy. ... This is not the reality.” Of course Herzog also has a political motive. Barak is a political rival within his own camp. And so the public in general found it hard to judge all this information provided to it by people with political interests. Netanyahu thus was able to thwart this narrative of his opponents quite easily — even if $7 billion might have been lost because of him.