Zionist Camp Knesset member Ayelet Nahmias-Verbin claims that the party has been repeatedly defeated since the era of Prime Minister Ehud Barak because it lost Yitzhak Rabin's legacy of security, something she would like to bring back through diplomatic security as well as social security efforts. 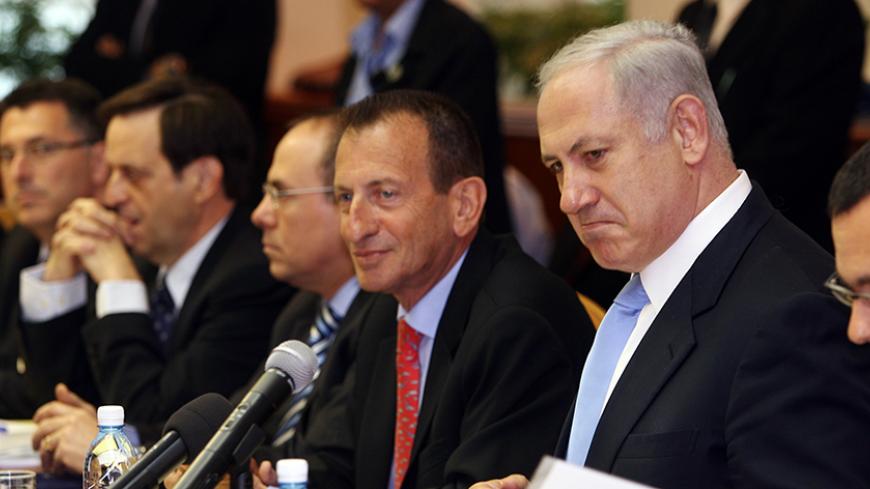 “[Zionist Camp leader Isaac] Herzog should set a date for the primary for party leadership, he has no reason to fear it. Indecision is not a good situation,” Knesset member Ayelet Nahmias-Verbin told Al-Monitor in an interview, in response to Tel-Aviv Mayor Ron Huldai’s Sept. 7 call to move up the primary to elect the party’s head. Huldai, who has deliberated for a while whether to vie for the leadership of the Labor Party (the major partner within the Zionist Camp), switched gears and infused some interest into the sleepy political scene. For Herzog, this is a challenge to his leadership. It means internal unrest is growing within the Labor Party.

In a Sept. 8 interview on Channel 2, Huldai, a member of the Labor Party and the invincible mayor of Tel Aviv, continued with the same confrontational line against Herzog. “I’m a concerned citizen,” said Huldai. He noted that he’s considering running, warned against joining the government and argued that Labor is on the decline in internal polls. As opposed to Herzog, Huldai has a national security background as an acclaimed fighter pilot with the rank of brigadier general.

In the background, former Labor Party chairman and Defense Minister Amir Peretz (currently of Hatnua) is also looking into returning to his mother party, Labor, and vying for its leadership.

Nahmias-Verbin is much involved in these developments. Although the 45-year-old attorney was elected to the Knesset only half a year ago, she has seniority and experience in party politics, what’s commonly called the DNA of the Labor Party. As a student she worked in the office of Prime Minister Yitzhak Rabin until his assassination and she saw firsthand the vicious battles between him and former President Shimon Peres over the party’s leadership. Therefore, she thinks the fight that’s heating up over the leadership is actually a good sign that shows the party is coming back as a relevant player.

The interview with her took place one day before the death of her grandmother Sarah Stern, a symbol of Tel Aviv, who ran the famous bohemian Cafe Tamar for 60 years. The full text follows:

Al-Monitor:  It seems like history repeating itself: a defeat in the election and immediately everyone wants off with the party chairman's head. So why call for primaries?

Nahmias-Verbin:  First of all we have to say that Herzog’s achievement was impressive: He had 800,000 voters. Before him, only Rabin had such a turnout. Unrelated to this factor, I think we should have competition for the leadership, because indecision is not a good situation. Not for Herzog and not for the party. It’s important to inject certainty into the system and to be ready for any scenario.

Aside from that, I think we have to look on the positive side. The Zionist Camp had a significant achievement in the election, positions were clarified and the ideology clarified. Now more people want to be partners in this leadership. Of course Herzog has complicated and difficult decisions to make regarding the primary, but competition isn’t bad. Huldai is part of the party leadership, and it should be said to his credit that this party has always been important to him. It’s a big party that offers a supermarket of positions.

Let’s look at the positive trend: The Labor Party has once again become attractive and relevant, so much so that people vie for its leadership and try to show how they could replace [Prime Minister Benjamin] Netanyahu. I thought Buji [Herzog] should have held a primary immediately after the March 17 general election, since that would have been easier for him.

Al-Monitor:  Is there still a chance for a unity government? What would happen if Herzog tries to get the party to join the government?

Nahmias-Verbin:  I think we must not join. Netanyahu proves to us daily why we shouldn’t join his government. It’s not that he takes some kind of big action. Besides putting out a video about himself against the media, I don’t see that he does anything so remarkable.

People say that we’re not an opposition, and I say that it’s not that we haven’t had any mishaps, but that we’re a complex opposition, in the same way that the coalition is difficult to manage. Anyone who was present at the vote over the natural gas outline could see what I’m talking about.

As I see it, there’s no one who could benefit now from an election, not Bibi and not us, and as much as I would like to replace this government I say that we have to act with a measure of responsibility toward the public. You can’t go to an election every two minutes. I’m a citizen before I’m a politician.

Around the debate over the natural gas outline I went to talk with all sorts of regulators in order to understand it, and I begged them to give me a good reason to support the plan, and I didn’t get even a minimal answer. So what government would we join?

Al-Monitor:  As regards the gas outline, you were attacked by Minister of [National Infrastructures, Energy and Water Resources Yuval] Steinitz because in your speech before the Knesset plenum you called the policy on the gas outline “piggish.” He didn’t even want to address what you had to say. Do you regret using that word?

Nahmias-Verbin:  It wasn’t personal against him and I explained it to him after the debate. I told him that he should go to small- and medium-sized industrialists and ask them if they want the gas to be drilled at any price. They want to be connected to the gas, and even though it could have been done, it’s not done. So it’s true that there are large industrialists who see it differently. “A policy of pigs,” is not the style I normally use, but there’s also something very abnormal in that they brought something so important for a vote in this way, during the summer recess, when not all members of the Knesset are in Israel.

You come to understand that in the Knesset this is the game. One of the things I’ve gotten used to quickly is to heckle in order to express my worldview and my fights.

Al-Monitor:  In the same debate in the Knesset, you were also heard intervening in a fight between Jamal Zahalka of the Joint List and a member of your party, Stav Shaffir. He accused her and the Labor Party of racism and claimed that she ignores him and has never even said hello to him.

Nahmias-Verbin:  Actually, I don’t know what planet he came from. He came with baggage. The thing is that he’s never said hello to me either. Dozens of times since I entered the Knesset I greeted him, and he never responded and even made sure to be clear that he isn’t greeting me back. Maybe he responded once. So I yelled at him, “Do you say hello to me in the hallway?”

I feel that it’s connected to the fact that there’s no separation between Arab Knesset members since the Joint List was created. It’s easier for me with [Jewish Joint List member] Dov Khenin; he’s one of most liked people in the Knesset. When it comes to Knesset members from Balad, Zahlaka and Haneen Zoabi, I would expect that before anything else they would serve the public that elected them. They also have a degree of sanctimony sometimes. Maybe it’s hard for them to deal with me, but I’ve never disguised my opinions: My position is security minded. I want security for them too. I want diplomatic security and social security, from education to housing. It’s a Rabin-legacy education, that you really have to care for disadvantaged populations that have been neglected for years. Netanyahu’s years have been years of sowing hatred and fear-mongering.

There are a lot of things I could agree on with the Joint List, and a lot of things I would never agree on with them. So what? I’m a Zionist, and in my Zionism it’s allowed to ask tough questions. I love the flag and the national anthem and I cry at every Independence Day and at the lighting of the torches and it doesn’t make me less socially conscious. Because I’m a Zionist doesn’t mean that I’m cruel toward the Arabs.

The Joint List is a complicated list. It was easier in previous Knesset sessions to say you don’t talk with Balad. I talk with [Joint List Chair] Ayman Udeh, and Knesset members Ahmed Tibi and Dov Khenin. And I admit, I’m very uneasy with Zoabi’s positions. Does she live here? She should represent the positions of her public. I once said to [Joint List Knesset member] Basel Ghattas that sometimes I look in from the outside and it seems that in the Labor Party we care more for the Arab public than they do, and we don’t do so for electoral reasons.

Al-Monitor:  It seems it isn’t easy for you, either, in the Zionist Camp; there are lots of arguments between the radical social left and Knesset members like you. Does it disturb you?

Nahmias-Verbin:  I represent the Labor Party of yesteryear. I’m socially minded by Rabin’s standards: how to create engines of growth and increase resources to deal with social issues. Rabin raised teachers’ salaries and froze construction at settlements and invested resources where you know you will never have to vacate [within a future settlement with the Palestinians] and in the periphery of the country. That’s the Labor Party I grew up in.

Despite that, the entry of the more radical forces of the social protest wasn’t necessarily bad, because it shook us up. But what’s clear is that we have to ask the question: Why haven’t we returned to power since [former Prime Minister Ehud] Barak? And in my opinion, it’s connected to the disappearance of the national security side [of our party]. After Labor was for years associated with security and not just a diplomatic agreement, the public stopped being sure that we are security minded, and when people want to know that we would never compromise their security it starts being a problem.

I always say, when generals leave the military, where do they go and which side of the political map do they support? [Former security apparatus chiefs] Meir Dagan and Yuval Diskin, Amos Yadlin, what do they preach? How through a diplomatic agreement we will also maintain our security. But something in the faith that we could lead the country has weakened and it’s clear that’s it’s tied to our comportment. We’ve distanced ourselves from the public and it seems that we don’t speak the language that it wants to hear. That was the strength of Rabin, that the public believed him. There’s something absurd here. The public doesn’t believe Netanyahu but still votes for him. 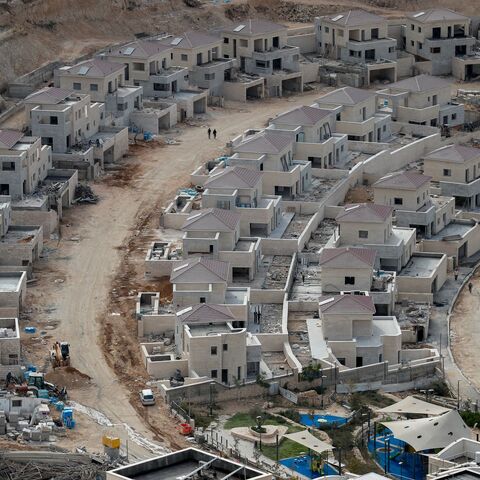