“The security situation of Israeli citizens only gets worse from round to round,” says Knesset member Dov Khenin in an interview with Al-Monitor, blaming Prime Minister Benjamin Netanyahu, who “is responsible for this war in every imaginable way.” 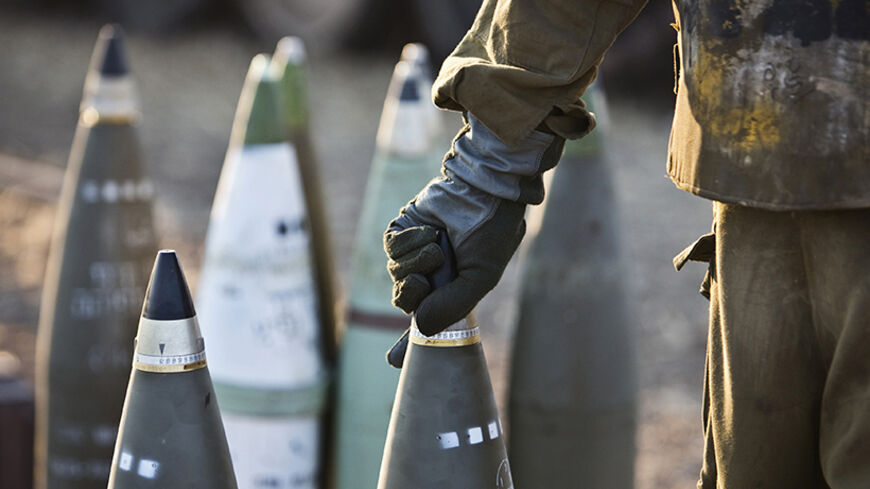 An Israeli soldier lifts a shell outside the Gaza Strip, July 21, 2014. - REUTERS/Nir Elias

“I know it’s a terrible thing to say, but not a single drop of blood spilled in Gaza really brought us any closer to something better,” says Knesset member Dov Khenin from the Hadash Party in summarizing Israel's Operation Protective Edge. Though an absolute majority of Israelis supported the recent conflict in the Gaza Strip, Khenin sees it as just another round of futile bloodshed. In an interview with Al-Monitor, Khenin refuses to be impressed by the solidarity shown by civil society in Israel during Operation Protective Edge. He is bothered more than ever by manifestations of racism, by efforts to suspend Haneen Zoabi from the Knesset and by Finance Minister Yair Lapid’s attack on Haaretz journalist Gideon Levy.

Al-Monitor:  Both the right and the left praised the prime minister [Benjamin Netanyahu] for his responsible management of the campaign in Gaza. Even the Labor Party backed him up. Do you share in complimenting him?

Khenin:  Netanyahu is responsible for this war in every imaginable way. People have to realize that it didn’t come out of nowhere. It happened because of a situation in which everything was stuck in place, and there was no diplomatic opportunity on the horizon. It was sort of an impossible status quo. Things may have been normal in Israel, but half the Palestinian population was living under occupation in the West Bank, while the other half was living in an enclosure called Gaza. The situation was destined for trouble, and the bubble did, in fact, burst. I said all that before the war broke out, so as far as I am concerned, this tragedy did not occur out of divine force. It is the result of certain steps and of a certain policy. In my opinion, the opposition should continue to be an alternative during wartime, and that’s what we were. We demonstrated against what was happening in Gaza. We made sure that the sane voice of normalcy was heard.

Al-Monitor:  And the other side isn’t at fault? Israel didn’t instigate this war.

Khenin:  I have no sympathy for Hamas. It is an extremist organization with extreme politics and strategies. In my opinion, the question is what Israel does under those circumstances. It is obvious that what happened in Gaza only intensified the hatred and strengthened Hamas, which entered this war at a low point in terms of public support, internally and internationally. It is coming out of this war stronger, because wars reinforce extremism. 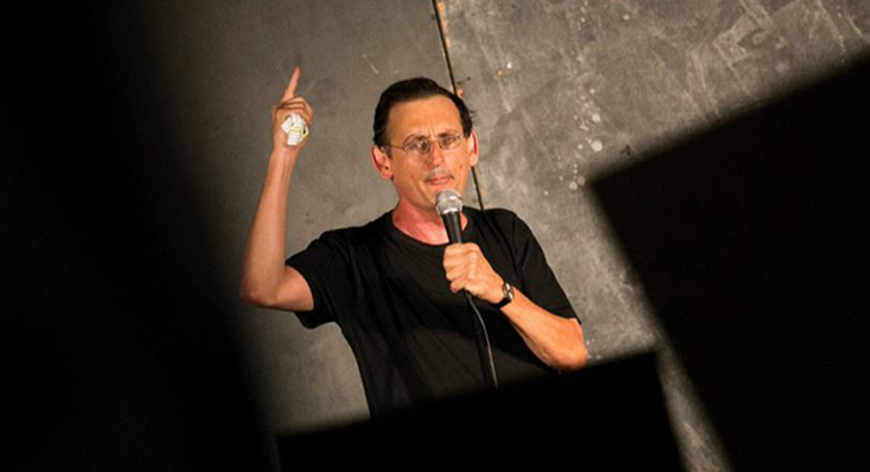 In Hadash we opposed the war from the very beginning, because we’ve already seen how this movie plays out. I really can’t remember the names of all the military operations of the past few years, starting in 2006, but they always lead to a situation where rockets and missiles are fired at Israel, and with civilian casualties and bloodshed on both sides. Meanwhile, the security situation of Israeli citizens only gets worse from round to round.

Al-Monitor:  Weren’t you bothered by the assault tunnel infrastructure and by what could have happened here? At least that threat was neutralized, at least in part.

Calling the destruction of the tunnels a military achievement is bullshit because it’s obvious that they will start digging them again tomorrow morning.

That’s not called dealing with the situation. In my opinion, the only way to handle the situation is to ensure that both peoples living in this land see the possibility of living a normal life in partnership on the horizon.

Al-Monitor:  You are the only Jewish Knesset member of a joint Jewish-Arab party that is considered to be far left. What was your experience of the war like, given all the expressions of consensus supporting it?

Khenin:  We live in a reality in which we turn on the TV and see what is happening in Gaza. As far as Israeli Arabs are concerned, it really means seeing the people closest to them suffering and getting hurt. That is why it is so obvious that the way Palestinians in Israel experience this war is so traumatic and difficult. They see what the local media prefers not to show: all the horrific pictures of babies and children in Gaza. These pictures really provoke feelings of horror. So the impact is clear, and I can understand their frustration. We have to take into account that even before the Gaza war, we were on the verge of a wave of dangerous racism in Israeli society. Add to that the feelings of Israeli Arabs and you will see that the distance between the two peoples is only getting wider.

Al-Monitor:  Don’t you think that Knesset member Haneen Zoabi is fanning the flames of that internal conflict between Jews and Arabs?

Khenin:  I don’t share her positions, her politics, her style or her path, but it is those politics that got her elected to the Knesset in the first place. There is a political dispute between us. She is my political rival. But what is happening here is that her ability to represent the very positions for which she was elected has been harmed [Zoabi was summoned for investigation by the police on suspicion of inciting violence]. She can’t be accused and punished for trying to express her opinions. What is happening here is a threat to the democratic space. If we can’t figure out how to stop that threat, we will face a serious problem.

What is happening right in front of us is that the invective is only getting fiercer. We can see it also in the Knesset and even among senior government ministers. It’s horrible when the foreign minister tells people not to buy products from Israeli Arabs because they participated in a political strike. It’s doubly horrible when the finance minister, who used to be a journalist, calls for a boycott of the Haaretz newspaper because of an article by Gideon Levy. It’s absolutely shocking. Lapid is not only part of the racist atmosphere in the country. He is also creating it himself. What is sad about him is that although he was elected by voters from the center, he is presenting an anti-democratic agenda.

Al-Monitor:  Are you also amazed by the expressions of mutual responsibility that Israeli civil society has shown over the past month?

Khenin:  There is no way that there can be mutual responsibility here if, during wartime, with all the talk about solidarity, the Knesset still passes a law that is so damaging to public housing. Where is the mutual responsibility then? Israeli society is thirsting for solidarity, but the country fails to show social solidarity. It is true that people are willing to help out, just as they are in any crisis situation, and that is what we witnessed. But what happens now? Despite all the talk about solidarity, it is obvious that the people living in the south will be forgotten, and small businesses will be left to deal with the crisis while paying for the cost of the war. At the same time, those people making huge profits will continue to be the banks and the tycoons. The defense budget will be increased, while all the social demands will run up against the same familiar sayings that we need money for the army now. What we are saying is that the time has come for an entirely different policy.

Al-Monitor:  Could there be another policy under the current government?

Khenin:  I said in the Knesset before this war broke out that what we should do is to stop thinking of the Palestinian National Conciliation government as a threat. We should see it as an opportunity instead. Unfortunately, the government went in the exact opposite direction, and it is still going in that direction. Netanyahu doesn’t want to reach an agreement. I have no expectations from the Netanyahu government when it comes to diplomatic issues or socioeconomic issues. It is a far-right government, and it is leading us to a combination of clear Thatcherist economic policies while intensifying construction in the settlements.