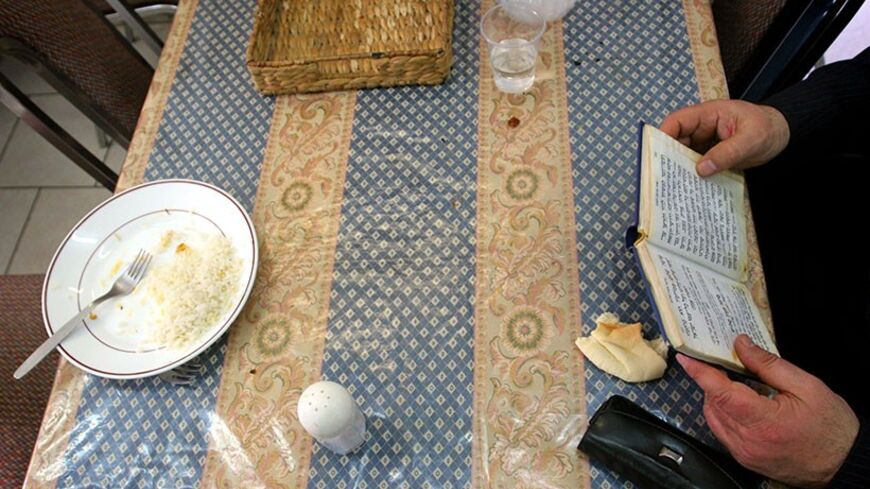 An Israeli man prays after eating lunch in a soup kitchen in Jerusalem, March 20, 2006. - REUTERS/Yonathan Weitzman

A status posted by Knesset member Dov Khenin on his Facebook page on April 17, succeeded in garnering some 6,000 shares. Khenin, a much-esteemed, combative social justice activist, belongs to the Hadash Party — the only Jewish-Arab party in the Knesset. In his post, which almost instantly became the hottest thing on the Israeli net, Khenin called for raising minimum wages from NIS 23 ($6.61) an hour to NIS 30 ($8.62) an hour. In sharp, incisive language, Khenin explained that this was a vital social justice battle to minimize the “working poor” phenomenon and so that “workers here won’t be slaves.”

In an approximate Facebook calculation, about half a million people were exposed to Khenin’s call to arms. This is way beyond the public interest exhibited in the talks with the Palestinians, even when compared to the very popular Facebook page of Economy and Trade Minister Naftali Bennett.

This, of course, could lead us to the conclusion that the Israeli public, suffering under the heavy burden of the high cost of living, is much more concerned about its shaky economic situation than Bennett’s threats of quitting the government on the background of the prisoner deal. Yet, Bennett controls 12 mandates in the coalition while Khenin is a member of a party with only four mandates. And if the electoral threshold is raised, the party will face a real existential threat.

This is the essence of one of the great incoherences in Israeli public sphere: The nation wants social justice with a socialist orientation, but votes for Prime Minister Benjamin Netanyahu, Foreign Minister Avigdor Liberman, Finance Minister Yair Lapid and Economy and Trade Minister Naftali Bennett. 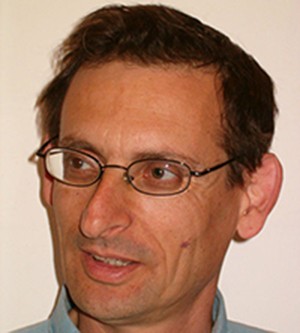 Knesset Member Dov Khenin, from the Hadash Jewish-Arab party in 2013 (photo by office of Dov Khenin)

“Paradoxically, the social justice protest created the most capitalistic government ever,” Khenin said in an interview with Al-Monitor. “The linkage of Netanyahu, Liberman, Lapid and Bennett joins together four right-wing Republicans with a pronounced capitalist agenda. So on the one hand we have a super-capitalist government, and on the other hand there is a large public that supports a socialist-welfare worldview. But the government in Israel is elected on the basis of diplomatic issues; here, people vote for Bibi [Netanyahu] because of the diplomatic issue.”

Al-Monitor:  And the result?

Khenin:  The result is, of course, severe. We missed a golden opportunity when the social protest movement avoided diplomatic issues, and therefore never threatened the government at any point in time. So in this context, it was a frustrating experience. Therefore, when we ask why people don’t go out to demonstrate now even though their financial situation has only worsened, the answer is that there were a million people on the streets [during the 2011 protest movement] and nothing happened. The protests erupted due to the housing crisis, and that crisis remains as intense as ever. There is more social demagogy but nothing substantive.

On the political front, Bibi is very strong because there is no political alternative confronting him, even though he is one of the least-popular of all the prime ministers. I was in [the southern town of] Dimona last week, that’s a Likud Party city, and people there don’t say good things about him.

Al-Monitor:  You are considered one of the most social active Knesset members. In your opinion, what is the most acute struggle we face today?

Khenin:  As I wrote on Facebook, the problem of low wages is the most critical of all. Not the price of cottage cheese and not even apartment prices. Wages are very low in Israel in most of the public sector, certainly when compared to the world’s developed countries. Half of the country’s hired workers earn less than NIS 5,500 [some $1,600] a month, when the monthly expenses of an average family are NIS 10,900 [about $3,100]. Many of the people in Israel who work hard are poor, and it’s interesting to observe who they are. We are talking about nurses, teachers, psychologists and social workers. That is the reason that so many people shared my status, because it concerns so very many people.

Therefore, I feel that this needs to be the goal of the struggle in the coming months. This struggle is justified and correct on the societal level, to deal with wage gaps and the problem of poverty, and is also correct on the economic level because it will encourage growth.

Al-Monitor:  The political system is now busy with the diplomatic crisis.

Khenin:  Just as the Iranian threat was a bluff, so the diplomatic negotiations were a bluff. It had no purpose except to continue to perpetuate diplomatic negotiations. Netanyahu and his government had absolutely no willingness to advance toward a solution. That, of course, distresses me very much because Israel had an excellent partner in the form of [Palestinian President] Mahmoud Abbas. Abbas also understands that the conduct of the Israeli government was designed to gain time, thus he is not interested in continuing to cooperate with this bluff.

I talk to the Palestinians and Mahmoud Abbas quite a bit, and I hear them express great frustration all the time. With regard to the Palestinian leadership, they made a tough choice to go for a diplomatic arrangement on the basis of the Green Line. They feel that they are being played for, being bluffed. This puts them in an impossible situation vis-a-vis their nation.

Al-Monitor:  So where do we go from here, in your opinion?

Khenin:  It could be that the negotiations will be extended, but the bottom line is that this government will not create any solution. Therefore, the situation will deteriorate toward a confrontation. Our alternative is not the status quo but going downhill to war. If there won’t be a peace arrangement, there will be mechanisms of confrontation. The repercussions will be that the social protest and social resistance movements will return to the margins, as had been customary for many years.

Al-Monitor:  So what is more urgent: [raising the] minimum wage or salvaging the negotiations?

Khenin:  I cannot set a priorities list because I never believed in the doctrine of stages. In my eyes, our duty is to deal with a variety of problems in tandem. The formula in which I believe is that we must understand that our real challenge is not to conquer more territories, but to invest our efforts in Israeli society.

Al-Monitor:  The Hadash Party does not manage to grow. The concept of a Jewish-Arab party isn’t working, and due to the rise in the electoral threshold, your future is uncertain.

Khenin:  A de facto separation between Jews and Arabs has developed in Israeli society. In the Knesset as well there are Jewish parties that speak Hebrew and sometimes a bit in Russian, and there are Arab parties that speak in Arabic. We don’t belong to any group, and to a large extent Hadash is now a project in danger of extinction.

I believe that this was one of Liberman’s goals when he acted to raise the electoral threshold: He wants to encourage separation. In many ways, Hadash swims against the current. A sense of fear from the Arabs exists among the Jews, even though the Jews are the majority. It can also be that there are things we are not doing well enough.

We are the left pole of Israeli politics. On an emotional level, our message is more complex, and that may be the reason that the public finds it difficult to accept us.