Why did Iraq ask Riyadh to change its ambassador?

Baghdad has asked Riyadh to replace its ambassador over his interference in Iraq's internal affairs, stirring a new crisis between the two countries. 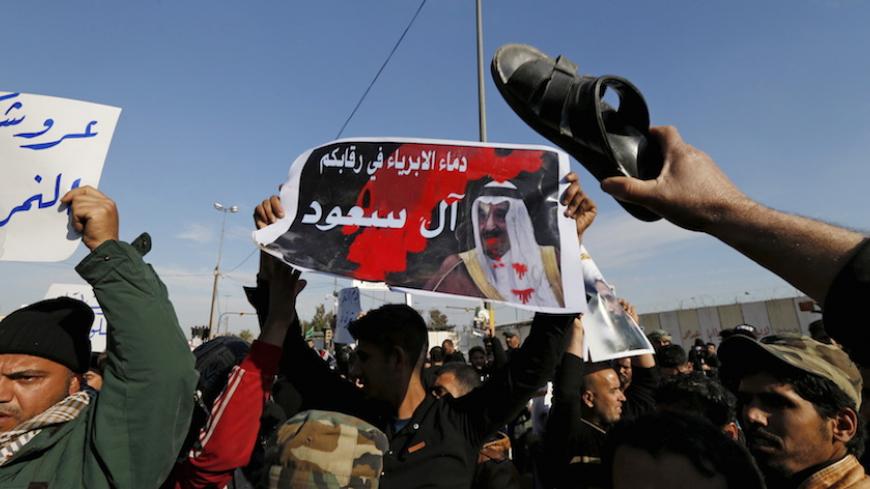 BAGHDAD — A new crisis between Iraq and Saudi Arabia has emerged over Riyadh's ambassador to Baghdad Thamer al-Sabhan amid calls by the Iraqi Ministry of Foreign Affairs to replace him. Iraqi Foreign Ministry spokesman Ahmad Jamal said Aug. 28, “Saudi Ambassador Thamer al-Sabhan made several media statements that went beyond the bounds of diplomatic protocol and functions of any ambassador. Therefore, we believe that Sabhan is impeding the development of the bilateral relations between Iraq and Saudi Arabia.”

He added, “The Iraqi government sent a request to the Saudi government to replace current Saudi Ambassador Thamer al-Sabhan."

Sabhan is the first Saudi ambassador to Iraq after a break of 25 years that followed the Iraqi army’s entry into Kuwait in 1990. This crisis will create a bad relationship between the two countries, knowing that a diplomatic reconciliation was brought about over a year ago between the two countries as Sabhan was appointed as the first ambassador to Saudi Arabia on June 2, 2015. While forecasts indicated the possibility of a new diplomatic atmosphere between the two neighboring countries, the results proved otherwise.

While Jamal chose not to respond to Al-Monitor, Saad al-Hadithi, the Iraqi government spokesman, commented that this is part of the Iraqi Foreign Ministry’s tasks.

On Aug. 21, London-based Saudi newspaper Asharq Al-Awsat reported that it learned from unnamed sources that “Iran masterminded a plot to assassinate Saudi Ambassador to Baghdad Thamer al-Sabhan and entrusted the implementation of this plot to Iraqi Shiite militias affiliated with Iran.”

In the same article, an unnamed Iraqi source was quoted as saying, “The plot [to assassinate the Saudi ambassador] consisted of using cars from the Interior Ministry with fake plates to intercept the Saudi ambassador's convoy on its way to Baghdad International Airport and carry out the assassination attempt using anti-tank RPG-7 grenades. The perpetrators of the operation would then flee to the Sunni Radwaniyah area in order to mislead the security services and pretend that the operation was carried out by the Islamic State.”

A day after the article's publication, Jamal responded in a press statement, “The Iraqi Foreign Ministry confirms that what is being circulated by some media outlets regarding a plot to assassinate the Saudi ambassador to Baghdad is incorrect and only aims to harm the brotherly relations between the kingdom and Iraq.”

For his part, Sabhan said in a televised statement Aug. 22, “We are receiving information every now and then about plots prepared by Iraqi militias in cooperation with Iran to target the Saudi Embassy in Iraq or the Saudi ambassador, and we relay this information to the Iraqi Foreign Ministry in line with the norms of diplomacy.”

Aws al-Khafaji, the secretary-general of the Abu al-Fadl al-Abbas Brigades, which is affiliated with the Popular Mobilization Units (PMU), confirmed Sabhan's assassination theory in an Aug. 23 statement.

“The hostility of the Saudi ambassador to the Iraqi people is clear, and many Iraqis are targeting him. Should Sabhan be assassinated, then it would be an honor to everyone,” Khafaji said.

A group of Iraqi bloggers started using a hashtag that translates to "Thamer al-Sabhan is Iraq’s enemy," calling for his expulsion.

As the presence of the Saudi ambassador to Iraq led to a popular and political division, his replacement process led to a new division. The Shiite political blocs that are close to Iran are calling for the replacement of Sabhan.

The Islamic Dawa Party, led by former Prime Minister Nouri al-Maliki, lauded the [calls to] replace Sabhan and said that they came “late.”

The PMU welcomed the idea of replacing Sabhan through spokesman Karim al-Nuri, who said Aug. 28, “The PMU welcomed the decision of the Iraqi Foreign Ministry to call for the replacement of current Saudi Ambassador Thamer al-Sabhan, although the decision came late.” Nuri added, “Sabhan doesn't know anything about diplomacy, and he harmed and insulted the PMU more than he insulted IS.”

The Sunni Mutahidoun bloc expressed dissatisfaction at the request of the Iraqi Ministry of Foreign Affairs to replace Sabhan and said in an Aug. 30 press statement, “The call to replace Saudi Ambassador to Iraq Thamer al-Sabhan is serious and is unprecedented in the diplomatic customs and traditions between civilized nations. This deliberately harms Saudi Arabia's regional role. This request came in response to the pressure exercised by the unrestrained militias that have long threatened the security of both Iraq and the Arab world. It also came in response to regional agendas that do not like to let Iraq enjoy healthy Arab relations.”

While the Saudi Ministry of Foreign Affairs made no statements about replacing its ambassador, some Iraqi local media outlets reported Saudi Arabia's appointment of a new diplomat. However, Saudi media sources denied the news to Al-Monitor, saying, “Whatever is being said about the appointment of a new Saudi ambassador is not true and Sabhan is staying in Iraq to represent the Kingdom of Saudi Arabia.”

This crisis may lead Iraq to move away from its Arab environment, especially considering that Saudi Arabia has the biggest say and is the largest decision-maker in the Arab world. This could mean that new crises are in store for Iraq, ones that may lead other Arab countries to withdraw their ambassadors.