Despite fulfilling his key campaign pledge of resolving the nuclear issue, Hassan Rouhani is still far from guaranteed a second term as Iran's president. 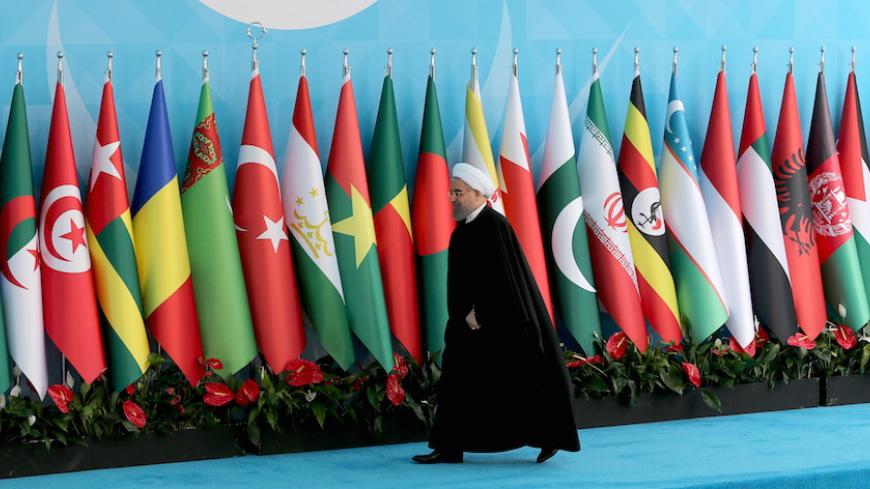 TEHRAN, Iran — With only eight months left of his current term, President Hassan Rouhani and his potential rivals are gearing up for Iran's May 2017 presidential election. Rouhani, who came to power in 2013 promising to resolve the nuclear issue, has fulfilled this key pledge with a comprehensive agreement with world powers. But is the nuclear deal enough to guarantee his victory in the upcoming elections? The most likely answer is "no," considering the challenges he faces in domestic politics, cultural issues and, most importantly, the economy.

The cultural policies pursued by the Rouhani administration have, from the start, been close to the Reformist line of thought, prompting hope for change among Iran's cultural community. However, dissatisfaction continues to linger partly due to issues such as the numerous cancellations of music concerts. In the past two years, an estimated 50 concerts have been canceled by the police or judiciary, despite having the necessary permits.

Most recently, controversial remarks by Ayatollah Ahmad Alamolhoda, the ultraconservative Friday prayer leader of the northeastern city of Mashhad, are the latest hindrance to the government's pursuit of its cultural agenda. Alamolhoda stated in mid-August that concerts cannot be held in Mashhad, given that it is where Ali al-Ridha (Reza) — the eighth Shiite imam — is buried, and that anyone who wants to attend a concert should go and live elsewhere. His statement was met with an outcry from a range of prominent Iranian figures. Baran Kosari, a celebrity who won the Best Actress award at the 2015 Fajr Film Festival in Tehran and played an active role in Rouhani's presidential campaign, is among those who have criticized the government and asked that it play a more effective and constructive role in the cultural arena. Kosari said, "As a person who both voted for this government and helped gather votes for it, I want to ask that it respect our demands. Simply saying that they [the government] are under pressure is not acceptable."

Another key part of Rouhani’s campaign agenda back in 2013 was the release of detained opposition leaders Mir Hossein Mousavi and Mehdi Karroubi. Until now, this promise has failed to materialize. The only response provided by Rouhani and his deputies on this issue has been, "We are trying. This issue requires a national consensus. The government is committed to its promises to the people." As for freedom of speech and media, though the situation has improved compared to what it was under previous President Mahmoud Ahmadinejad, the banning of newspapers continues, while even pro-Rouhani websites are now filtered.

Iran's ailing economy is perhaps the biggest challenge that Rouhani and his administration face. What has made this challenge even more difficult is Ahmadinejad's legacy, which was marked by the Mehr low-income housing project, monthly cash subsidy payments and smart cards for purchasing monthly rations of subsidized gasoline. In an attempt to reduce the negative impact of these measures, Rouhani has tried to encourage Iranians to turn down government cash handouts. Moreover, while critical of the Mehr housing scheme, the president has also promised to complete the project. As for subsidized fuel, the Iranian parliament has voted to stop gasoline sales via these smart cards.

Prominent Iranian economist Saeed Laylaz says he doesn't believe any of these three elements of Ahmadinejad's legacy are a challenge for the Rouhani administration. In an interview with Al-Monitor, Laylaz said, "Over the years, people have realized the ineffectiveness of the Mehr housing project and the problems associated with it. Also, the issue of allocating subsidies belongs to an era of abundance and not today when we are dealing with $40 per barrel oil."

Laylaz thinks the chances of Ahmadinejad returning to power are zero. "The Iranian public has passed the stage of Ahmadinejad's populism and will not fall into this trap again. This is not to mention that Ahmadinejad will no longer have access to massive funds to repeat the spending habits of his previous terms." However, of note, unlike Laylaz, many readers of Iranian news sites have thanked Ahmadinejad for making them homeowners as seen by the comments they post below articles related to the Mehr housing project.

Speaking about the nuclear deal, Supreme Leader Ayatollah Ali Khamenei said Aug. 1, "Was it not agreed that the unjust sanctions be lifted to have [positive] effects on people's lives? Is any tangible impact seen on people's lives after six months?"

Day by day, it appears that Khamenei's viewpoint is gaining more and more momentum across Iran. Rouhani's critics are continuously asking why the sanctions have not been lifted in effect. Parliamentarian Mohammad Soleimani, who served as minister of communication and information technology under Ahmadinejad, has said, "The government must explain to the people why sanctions and threats have not been removed and are becoming more intense every day." On a similar note, in an interview on Iranian state television, Mehdi Mohammadi, a member of the team of former chief nuclear negotiator Saeed Jalili, said, "None of the big European banks will work with us. They have zero dealings with us. At the moment, no dollar transaction is being conducted with Iran, and this has created problems in all of our business dealings."

But to what extent are these sentiments shared among the Iranian public? Laylaz, the economist, said, "Very little. The Iranian people, in the [Feb. 26] parliamentary elections, once again voted in favor of Rouhani's discourse. This shows that they are content with his management. Therefore, the opposition's criticism of the nuclear deal and its economic achievements is not serious."

However, anecdotal evidence suggests otherwise, and especially among the lower classes. Phrases such as "Rouhani hasn't been able to do anything either" or "the nuclear deal has had no effect on people's livelihoods" are quite common among the Iranian public these days.

As such, it remains to be seen whether Rouhani, in the last eight months of his term, will succeed in convincing the West to give Iran more incentives in regard to the nuclear deal and the lifting of sanctions. If not, the West may risk the emergence of another radical — maybe even Ahmadinejad — returning to power in Iran.