Fierce criticism of engagement with the Financial Action Task Force rages on in Iran, but the government is holding firm with the support of several political heavyweights. 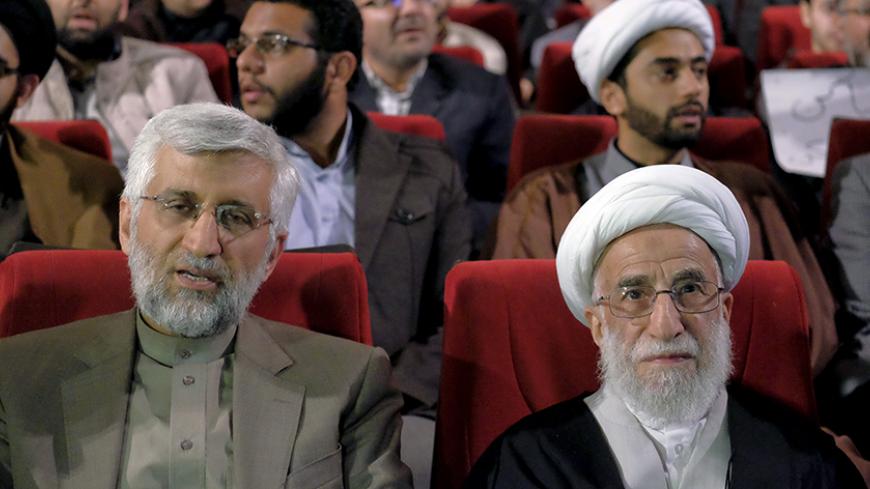 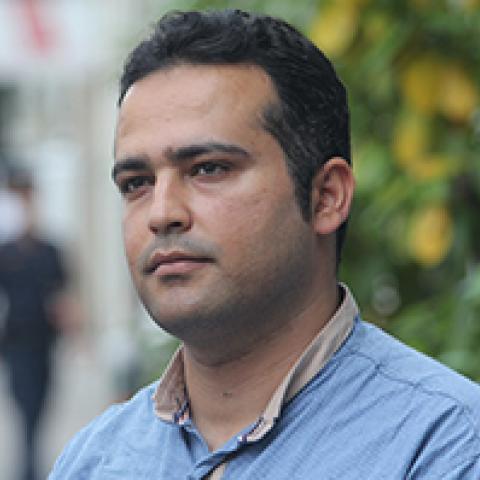 TEHRAN, Iran — The Iranian government’s efforts to get off the Financial Action Task Force (FATF) blacklist is spurring attacks against President Hassan Rouhani by primarily conservative forces. Given the agreement to adhere to FATF guidelines, critics say many institutions such as the Islamic Revolutionary Guard Corps (IRGC), Ministry of Defense, Ministry of Intelligence and universities such as Sharif University of Technology will effectively be sanctioned by Iranian banks.

They also point out that Iran will have to hand over sensitive banking information about Iranian institutions and individuals to FATF, thus putting the country’s security at risk. These attacks were intensified following a Sept. 2 report in hard-line Kayhan daily that featured images of two letters showing that Iranian banks had refused to provide banking services to IRGC-linked organizations.

FATF is an intergovernmental body that prepares advisory reports on the investment risks in different countries. Its reports, which focus on financial transparency, are used by international investors. In 2009, the organization for the first time put Iran on its blacklist alongside countries such as Pakistan, Uzbekistan and Turkmenistan. It has urged Iran to take necessary actions to ensure cooperation between Iranian banks and their international counterparts.

In Iran, some now argue that adherence to FATF guidelines must be ratified by the Iranian parliament, but the Rouhani administration insists that there is no agreement to be ratified, thus voiding the need for parliamentary approval.

Amid the heavy criticism of engagement with FATF, there are several key figures who back the Rouhani administration’s drive to get off the organization’s blacklist. Former Foreign Minister Kamal Kharrazi, who now heads the Strategic Council on Foreign Relations, supports engagement with FATF and has spoken out about its benefits. On Sept. 17, Kharrazi told Tasnim News Agency that there are no problems with Iran’s adherence to FATF guidelines. Moreover, on Sept. 14, Ali Shamkhani, the secretary of the Supreme National Security Council, announced that the council had reviewed the matter and that its decision can only come into force after the approval of the supreme leader.

Nevertheless, opposition to FATF remains, and the critics aren’t few. Ayatollah Ahmad Jannati, the chairman of the Assembly of Experts and the secretary of the Guardian Council, is among many Friday prayer leaders who have spoken out about the issue. On Sept. 9, Jannati told worshippers in Tehran, “I do not understand how they could sign this confidential document. I’ve studied both the Persian and English versions and I soon came to the conclusion that they want to give our financial and banking information to the enemy. They want us to sanction ourselves. They want us to sanction the individuals and institutions that the enemy disagrees with. They want us to sanction the IRGC, revolutionary institutions and individuals who sacrificed their own lives to protect the nation for eight years [Iran-Iraq War in 1980-88], and the [IRGC-linked] Khatam al-Anbiya Construction Headquarters that has done lots of services — most of which our people aren’t aware of. How could you do that?”

A few days earlier, on Sept. 4, Ali Akbar Velayati, another former foreign minister who now serves as foreign policy adviser to the supreme leader — and who has also kept a good relationship with the Rouhani administration — has suggested his disapproval of adherence to FATF guidelines. After meeting with the UN Undersecretary General for Humanitarian Affairs Stephen O'Brien, Velayati said, “Insiders must not comply with the enemy’s plots. We must fight against these kinds of restrictions and not accept them.” Velayati added that FATF aims to hit Lebanon’s Hezbollah movement and the IRGC.

Kayhan daily’s publishing of the two letters intensified the existing divisions about FATF, and led Ali Tayebnia, the minister of economic affairs and finance, to appear on state television Sept. 7 to declare that the refusal to provide banking services to IRGC-linked organizations did not have anything to do with FATF. Tayebnia said, “These sanctions have nothing to do with FATF, even though we do not accept these restrictions and won’t comply with them and we never give the information about them [Iranian institutions] to the foreigners.”

Of 10 Iranian economists of various political stripes approached by Al-Monitor, nearly all agreed that Iran should cooperate with FATF to combat money laundering. These economists include prominent critics of the government’s economic policies, such as Jamshid Pajooyan of Allameh Tabatabaiee University. He told Al-Monitor he believes that Iran has to cooperate with FATF to enjoy the benefits of the nuclear deal. Meanwhile, some of the economists pointed out that engaging with FATF may have politicized outcomes. For instance, combating money laundering may turn into an excuse to fight against some militias, such as Hezbollah, which Iran views as a legitimate force. Use of FATF as leverage by the United States to put pressure on Iran is another concern that some economists noted.

Saeed Laylaz, a prominent economist in Tehran, considers cooperation with FATF as absolutely necessary. He told Al-Monitor, “We have two choices: Either we join the international community or we do what North Korea has done so far: isolation.” Laylaz believes that if Iran wants to develop, it has to either abide by international rules or fail to act powerfully on the international arena. Thus, in the view of Laylaz, Iran must agree to FATF guidelines to benefit from the post-nuclear deal environment.

One of the Principlist economists approached by Al-Monitor, Mohammad Khoshchehreh, touched on how FATF compliance could be misused by the United States. Khoshchehreh told Al-Monitor, “Combating money laundering has been going on in the world for at least half a century and different countries and institutions have taken actions in this regard. But it has recently become political and the United States is using it as an instrument [to advance] its own agenda.”

Indeed, given that one of FATF’s main objectives is to combat the financing of terrorism, the matter of clashing definitions of who is or isn’t a terrorist may become a problem. In this regard, Mehdi Taghavi, an economist and professor at Allameh Tabatabaiee University, told Al-Monitor, “We should not worry about terrorism and its definition in the West. According to FATF policy, it is in its negotiations with countries that individuals and organizations are listed as terrorists. During such negotiations, Iran will have the opportunity to convince the body to accept its own definition of terrorism and ensure its security.”

Taghavi also pointed out another major potential outcome of cooperation with FATF: One of the most important preconditions for Iran to join the World Trade Organization is an agreement with the anti-money laundering body. 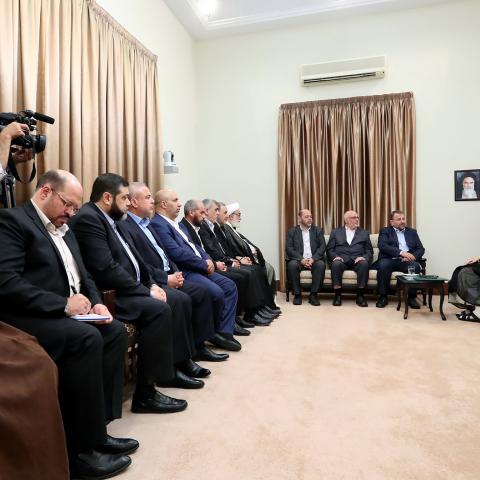 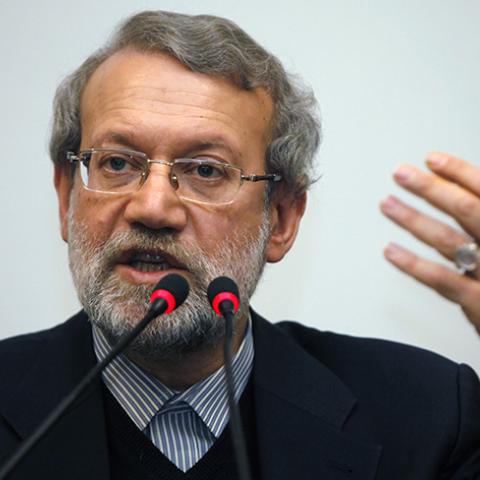 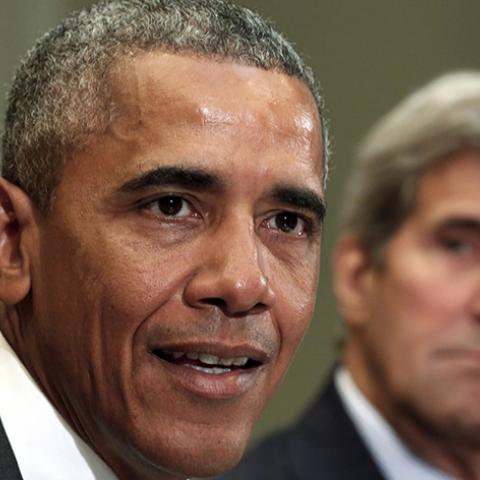