Some Turks view NATO’s aloofness regarding the coup attempt as a sign it is fatigued by Turkey's continual crises. 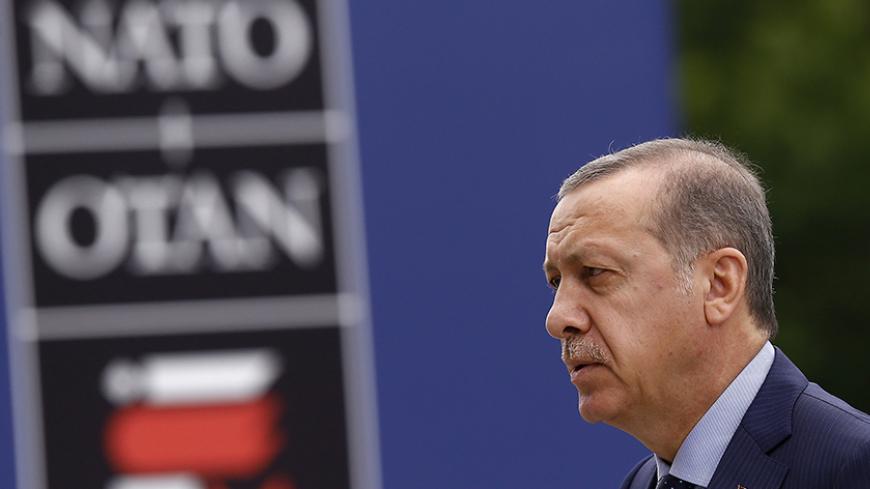 A piece I wrote in October 2014 titled “Is NATO membership shackling Turkey?” was about the Turkish public opinion debate over NATO. Today's article asks whether NATO might find Turkey's membership burdensome.

There is a growing perception in Turkey that NATO has been apathetic in the aftermath of the July 15 coup attempt and hasn't shown the appropriate concern a member of the alliance deserves.

People wonder whether this silence means NATO is giving up on Turkey. Although belated and half-hearted support messages from NATO have surfaced recently, a perusal of foreign media shows a perceptible increase in comments that Turkey-NATO ties have weakened and — especially since the Aug. 9 summit between Turkish President Recep Tayyip Erdogan and Russian President Vladimir Putin — this relationship is now in crisis. Some comments even suggest this may be the time for NATO to expel Turkey.

In Turkey, these comments are generally interpreted as NATO distancing itself from Turkey.

The latest crisis between Turkey and NATO is over Turkish Vice Adm. Mustafa Zeki Ugurlu, who was posted to NATO's Allied Command Transformation in Norfolk, Va. Turkey issued an arrest warrant for Ugurlu on charges that he is affiliated with the Gulenist movement's infiltration of the Turkish Armed Forces (TSK).

On July 12, three days before the coup attempt, Turkey issued a warrant for Ugurlu and asked NATO to terminate his posting and return him to Turkey. NATO, however, ignored the warrant and Turkey’s request. NATO did not even remove him from active duty. Ugurlu obtained a medical report from a Norfolk hospital saying that he suffers from vertigo and that it would be risky for him to fly across the ocean.

After the July 15 coup attempt, Turkey issued another warrant for Ugurlu on charges of plotting the coup. He was officially discharged from the TSK on July 28. In a July 28 news item on NATO's website, Ugurlu was seen representing Turkey in a July 26 meeting of the NATO Industrial Workshop. The photograph was removed from the website Aug. 13 after Turkish media got hold of it.

Ugurlu has applied for asylum in the United States and is now apparently missing.

The prevailing perception in Ankara is that NATO did not take the Ugurlu issue seriously enough. Turkey says Ugurlu has vital information on Gulenist operations in Turkey and finds it hard to accept that he simply disappeared in the United States. There is also a belief in Turkey that NATO was involved in the coup attempt because of the active roles played by military units that are part of NATO's Rapid Deployable Corps-Turkey.

Then there is information circulating that most of the staff officers in the WhatsApp coup group in Istanbul had served long stints in NATO.

Also supporting the allegations of a NATO connection are charges that most of the generals on the night of July 15 who were leading —- or at least not challenging — the coup attempt from the chief of staff headquarters in Ankara were officers identified with strong pro-NATO and Atlantic Alliance views.

Some media outlets, especially those favoring the ruling Justice and Development Party (AKP), play on such ideas, whether they are realities or mere allegations. They never miss a day touting headlines about how July 15 was staged by Gulenists with the knowledge of NATO and support of the US Central Intelligence Agency. Pro-AKP columnists have not run out of conspiracies yet.

All the sources Al-Monitor spoke with in Ankara agree that NATO simply doesn’t want to show any interest in events in Turkey.

According to a July 2015 report from the Ankara office of the German Marshall Fund of the United States on the Turkish public’s perceptions of NATO, the three most trusted international institutions at that time were the European Court of Human Rights (44%), the Organization for Islamic Cooperation (39%) and the European Union (39%). Some 35% of respondents felt Turkey no longer needed NATO membership and 27% had no opinion. Only about 30% of Turks said they trust NATO.

There has been no poll taken on NATO perceptions in Turkey since July 15, but it's likely that if a poll is taken, the result will be much worse than pre-July 15.

Given the negative perceptions in Turkey, NATO has to take urgent, public diplomatic steps to tell its story, but so far there has been no serious response. Some ask if NATO has given up on Turkey or is simply fatigued by persistent crisis situations with Ankara.

The coup attempt has certainly opened a new existential fault line in Ankara-NATO ties, already made shaky by the Syrian crisis, refugees, combating the Islamic State and the Kurdistan Workers Party, and power balances in the eastern Mediterranean and Black Sea. NATO appears to prefer a low profile in its relations with Turkey. In turn, Ankara interprets that as lack of adequate support. It's no surprise that the Turkish public has adopted the same position as the state.

The question therefore is, has Turkey given up on NATO or has NATO given up on Turkey? I believe the person who will be the most curious to find the answer is Vladimir Putin.