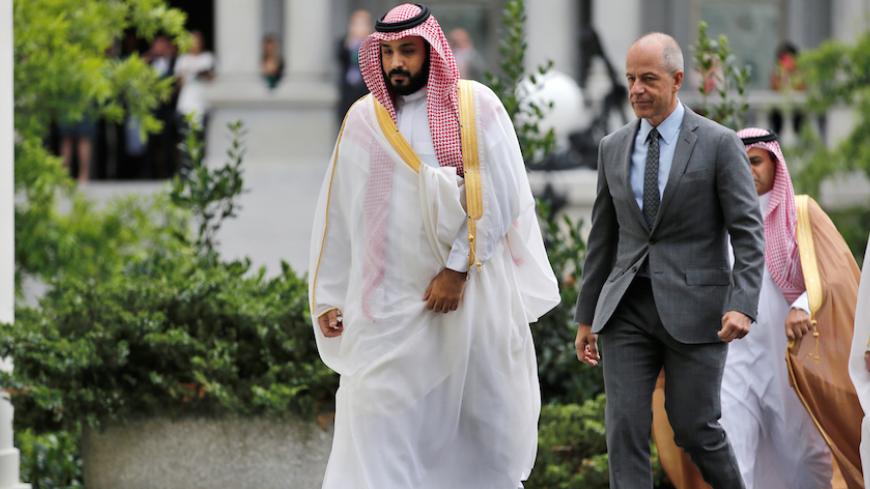 Saudi Arabia more than doubled its already hefty lobbying budget last year to help navigate a trifecta of challenges to its relationship with the United States.

The conservative Gulf kingdom added five new firms to its roster in 2015, lobbying records show, and shelled out more than $9.5 million to influence US policymakers — up from $4.1 million the year before. The spending spree came amid renewed scrutiny of Riyadh’s role in the Sept. 11, 2001, terror attacks, rising US concerns over its increasingly assertive posture in the region and lingering Saudi misgivings over President Barack Obama’s overtures to regional rival Iran.

Saudi largesse has continued apace in 2016, with the Foreign Ministry hiring international law firm DLA Piper in May to “strengthen […] the ability of the United States and Saudi Arabia to advance mutual national security interest.” And an arm of the Saudi Royal Court retained Republican bigwig Haley Barbour’s lobbying and PR firm BGR that same month to communicate “priority issues … to relevant US audiences.”

The lobbying boost appears to have helped put the bilateral relationship back on an even keel, at least temporarily, after a stormy stretch sparked by Obama’s stated desire to reassess Washington’s support for its traditional allies in the region. While much ink has been spilled over the president’s disparaging description of Gulf states as “free-loaders” in an interview with The Atlantic earlier this year, the administration has also praised Saudi Arabia’s announced creation of a coalition of 34 Muslim nations to defeat terrorism threats late last year.

The White House and Riyadh have also worked in tandem to limit the fallout from renewed efforts to tie Saudi Arabia to the Sept. 11 attacks, which were carried out by 15 Saudi citizens and four others. While the Senate passed legislation in May that would allow victims’ family members to sue Riyadh, the White House opposes the measure and has helped stave off parallel action in the House, at least for now.

“I think we need to review it to make sure we are not making mistakes with our allies and that we’re not catching people in this that shouldn’t be caught up in this,” House Speaker Paul Ryan, R-Wis., told reporters after returning from a trip to Saudi Arabia in April. The bill has been bottled up in the House Judiciary Committee for the past 10 months.

Riyadh’s vast lobbying operation, led by Qorvis (now MSLGROUP) for the past 14 years, also ensured that the public release last month of a long-classified section of a 2002 report investigating possible official Saudi links to the attacks landed with a damp squib. Qorvis shared a detailed preemptive rebuttal to any potential allegations included in the so-called “28 pages” with select reporters in the days before the section’s declassification, and wasted no time afterward in mailing reporters a compendium of US news clips with headlines declaring that “no smoking gun” was to be found.

Some Saudi critics continue to argue that the redacted allegations don’t “exonerate” the Saudis because they were never properly investigated. The Saudis, however, have already declared vindication.

“The suspicions, innuendo and half-truths continued for 13 years” after the release of the redacted report, Saudi Ambassador to the United States Abdullah al-Saud wrote in a July 20 Huffington Post op-ed. “Now, however, the matter is finished, and we should be able to focus more fully on the work at hand: strengthening our cooperation to hunt down the men, cut off the money and destroy the mindset that threaten the people of the United States and Saudi Arabia — and the entire civilized world.”

Even as one 15-year-old controversy appears to recede, a new one is emerging in Yemen.

While the Obama administration had been pushing for the resupply of munitions for the Saudi-led campaign against Iran-backed Houthi rebels — despite mounting criticism from some lawmakers over the civilian death toll — the White House now also appears to be running out of patience. The Pentagon sharply curtailed its support for the operation in June, Reuters reported this month.

“The cooperation that we've extended to Saudi Arabia since the conflict escalated again is modest and it is not a blank check," Pentagon spokesman Adam Stump told the news agency. "Even as we assist the Saudis regarding their territorial integrity, it does not mean that we will refrain from expressing our concern about the war in Yemen and how it has been waged."

The tensions with the United States over Yemen are but the latest iteration of Saudi Arabia’s lingering concerns that Washington is seeking to placate Tehran following last year’s nuclear deal. The kingdom’s new leaders have responded with an aggressive bid to assert their leadership in the region, notably by leading a Gulf-wide effort to crack down on the Iran-backed Shiite militant group Hezbollah.

Riyadh is also butting heads with Washington over Syria.

The Saudis have long taken a tough stance that President Bashar al-Assad must step down as part of any political settlement, over concerns that he is enabling Iran to consolidate its influence in the region. The Obama administration, however, is currently more worried about the Islamic State (IS) and is seeking closer cooperation with Assad ally Russia.

As part of its anti-IS strategy, Washington has allied closely with Syrian Kurds, who have proven to be among the West’s most reliable partners on the ground. Saudi Arabia, however, is backing a recently formed High Negotiations Committee, comprised of several Islamist factions and other armed Assad opponents who object to what they claim is a “separatist agenda” by the Kurds.

“The HNC has opposed Russian proposals to include select Kurdish and other opposition representatives, insisting — apparently with Saudi Arabia’s backing — that it alone represents the Syrian opposition,” the Congressional Research Service writes in its latest report on US-Saudi ties, published in late April. The HNC’s US outreach is also handled by longtime Saudi lobby shop Qorvis.