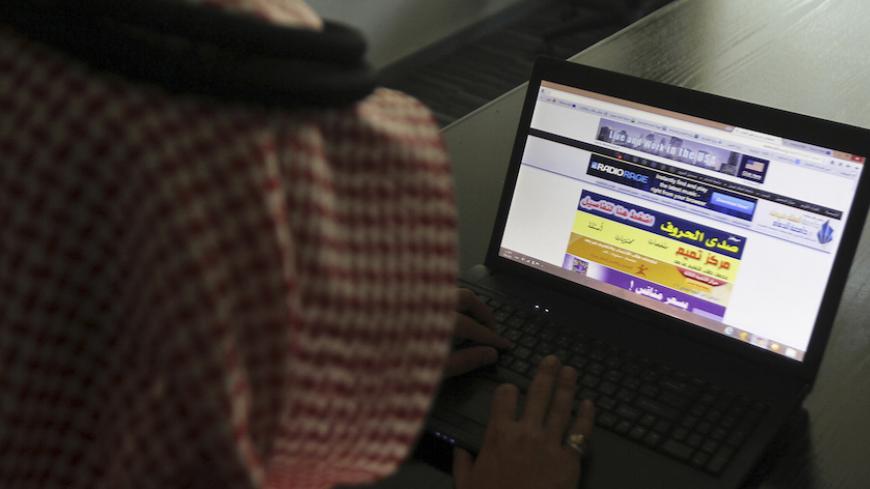 A Saudi man explores a website on his laptop in Riyadh, Feb. 11, 2014. - REUTERS/Faisal Al Nasser

Saudi Arabia’s lobbying efforts are getting a high-tech boost from some of America’s most politically well-connected consulting firms amid growing tensions with Iran.

The kingdom’s main public relations firm, Qorvis, hired Republican digital outreach firm Targeted Victory for $40,000 per month in mid-March to help “provide strategic advice and digital consulting services for the promotion of and education on Saudi Arabia.” Targeted Victory will be paid another $15,000 per month for analysis of social media tracking data provided by San Francisco startup Zignal Labs.

In addition, the Saudi Embassy in Washington has just retained California-based international law firm Pillsbury Winthrop Shaw Pittman for another $15,000 per month to provide “legislative advice” and “public policy representation” before Congress and the Obama administration.

The new contracts are among several recent changes to Middle Eastern nations’ efforts to influence the US government, according to an Al-Monitor review of lobbying disclosure reports available as of early April. Taken together, they indicate a stepped-up desire to get through to key US decision-makers as the region experiences a radical upheaval.

Iraq in particular has stepped up its outreach to the officials in charge of the fight against the Islamic State, notably special presidential envoy John Allen. And the pro-Israel lobby American Israel Public Affairs Committee is still pushing two Iran bills that the Obama administration has warned could derail the nuclear talks.

Riyadh’s hiring binge comes as disagreements over Iran have caused the deepest strains to US-Saudi ties since the days after the 9/11 terrorist attacks. The Saudis are notably leading a pan-Arab coalition to defeat the Iran-backed Houthi rebels in Yemen amid a deep reluctance by President Barack Obama to get involved, and have warned that they will pursue a nuclear program to match whatever Iran is allowed in the ongoing international talks.