Gravely concerned by the nuclear deal with Iran, Saudi Arabia is relying on its $3.7 million-a-year PR and lobbying operation to leverage it for more US commitments instead of seeking to sabotage it. 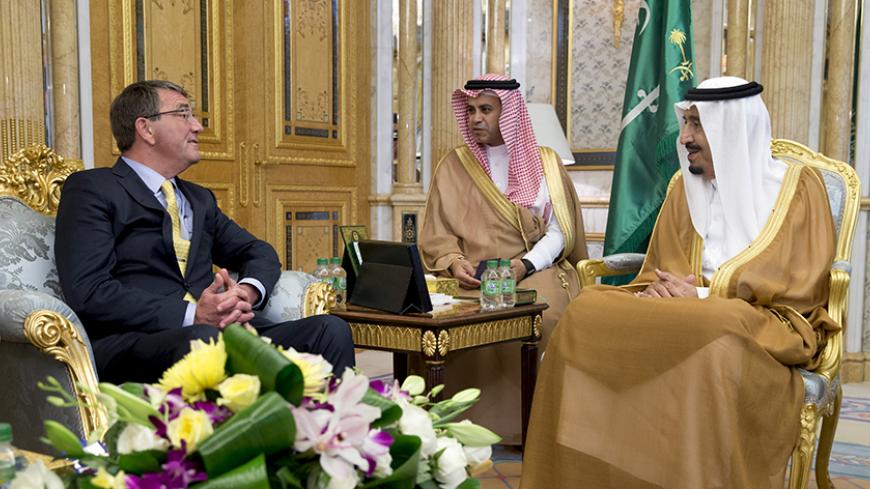 Riyadh is banking on its deep ties with defense contractors and congressional hawks to avoid getting left at the altar as Washington flirts with Tehran.

While Saudi Arabia and Israel expressed the deepest skepticism throughout the nuclear talks, the desert kingdom dropped its opposition once the deal was signed. In exchange, the Saudis are expecting a significant military and diplomatic payoff.

The campaign is showing early signs of success.

President Barack Obama promised increased US military support against Iran and a "renewed commitment to a concept of a Gulf-wide ballistic missile defense capability" during his Gulf Cooperation Council summit in May. And as soon as the deal was signed, he dispatched Defense Secretary Ash Carter to Riyadh to convince the Saudis that he would deliver.

Obama has also backed the assertive new king's Saudi-led campaign against Iran-backed Houthi rebels in Yemen from the get-go, despite getting hardly any advance notice. To make their case, the Saudis have been able to count on their new foreign minister, Adel al-Jubeir, who is well-known and well-respected in Washington after serving as ambassador to the United States for eight years.

Congress is also doing its best to prevent the $100 billion that could be released as part of the Iran deal from ending up in the hands of Iran's proxies. A growing number of lawmakers and committees are looking into what they can do to put roadblocks in Iran's way if the deal survives its congressional review this summer.

US support for the Yemen operation isn't unconditional, however. For months, the Obama administration has been advocating for a peaceful resolution.

Of even greater concern for the Saudis is the president's reluctance to do anything about President Bashar al-Assad in Syria as long as the self-proclaimed Islamic State is on the march. Saudi Arabia's longtime lobbyist, Qorvis, has officially represented the Syrian Opposition Coalition — as well as the post-Mohammed Morsi government in Egypt — as part of its contract with the Saudi Embassy in Washington.

Support for the Saudis is rooted in America's addiction to cheap oil and billion-dollar defense contracts.

The birthplace of Islam became the world's top arms importer last year, with an estimated $65 billion in purchases — about 8% of the gross domestic product. The kingdom is in the midst of the largest arms deal in US history, a $60 billion aircraft and helicopter sale announced in 2010, and last year got the green light from the Pentagon for the purchase of five airborne radar systems, or AWACS.

Those deep military ties are evident in the choice of diplomats the United States sends to Saudi Arabia. The current ambassador, Joseph Westphal, served as undersecretary and chief management office of the army from 2009 to 2014; his predecessor, James Smith, was an executive for missile maker Raytheon before Obama tapped him as his first envoy to Riyadh in 2009.

Still, the Saudis aren't taking any chances amid a regional conflagration with Shiite Iran.

This year, their already substantial operation is getting a high-tech boost from some of America’s most politically well-connected consulting firms.

Targeted Victory will also be paid $15,000 per month for analysis of social media tracking data provided by San Francisco startup Zignal Labs. That outfit is the brainchild of Josh Ginsburg, former field director for the Romney campaign and before that political director for former California Gov. Arnold Schwarzenegger.

The Saudi contract with Qorvis dates to 2001, when then-Ambassador Bandar bin Sultan inked a $3.2 million deal for an image makeover after “favorability toward Saudi Arabia … declined significantly” among “Washington insiders” in the wake of the terror attacks. The campaign eventually prompted the FBI to raid Qorvis' offices as part of a probe into potential lobbying law violations; no charges were ever filed.

The country can also count on a friendly ear at some Washington think tanks, where Riyadh’s $1 million donation in 2007 to the Middle East Policy Council may have cost its former head, Chas Freeman, a shot at chairing the National Intelligence Council following an outburst of criticism from pro-Israel groups.