Why some Gazans are telecommuting with Israeli firms

The widespread use of the internet has allowed some Palestinians in the Gaza Strip to find work online with Israeli companies, although Gazans are divided over the issue. 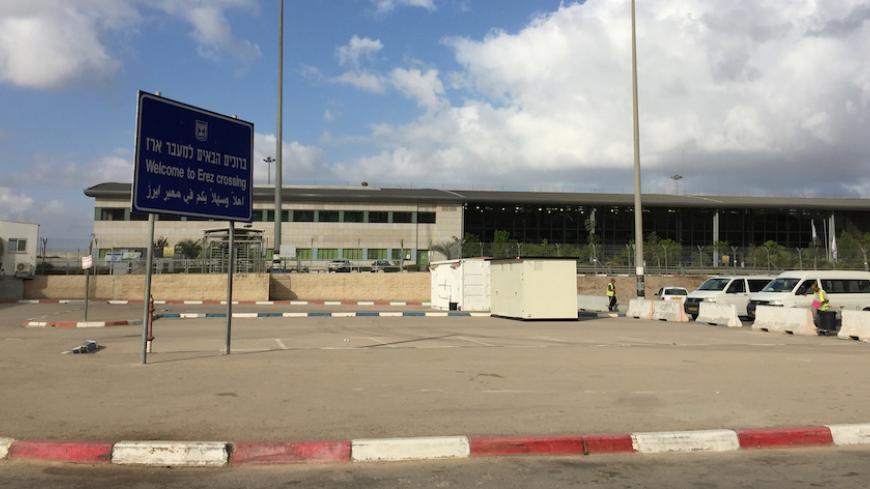 GAZA CITY, Gaza Strip — Young Palestinians in the Gaza Strip use the internet to work with Israeli institutions, despite the challenges posed by the permanently tense relationship between Gaza and Israel.

Following the Hamas takeover of the Gaza Strip in 2007, Israel imposed a military siege on Gaza; the Israeli army waged three major military operations on Gaza in 2008, 2012 and 2014.

Within the scope of measures taken by Israel to tighten the siege, it gradually stopped issuing work permits for Gazans. It should be noted that the outbreak of the 2000 Al-Aqsa intifada and the Hamas takeover seven years later marked decisive turning points that affected the Gazan workforce in Israel. The number of Gazan workers in Israel declined substantially after 2000 as a result of the stringent security measures imposed by the Israeli army on Palestinians wishing to work across the border.

Israel opened its doors to the Palestinian workforce in 1968; the number of Palestinians working in Israel was nearly 116,000 in 1993, and on the eve of Al-Aqsa intifada this number stood at 120,000 workers.

The Israeli government declared Gaza a hostile area after Hamas took over in 2007, and the Israeli Ministry of Security imposed a new policy on the movement of people between the Gaza Strip and Israel.

This situation has led to the deterioration of the economic conditions in the Gaza Strip. The Palestinian Central Bureau of Statistics press report of the labor force survey results in Palestine for the second quarter of 2015 indicated that the unemployment rate in Gaza stood at 41.0%; the highest unemployment rate was registered among youth of both sexes ages 15-24.

More recently, the widespread use of the internet in Palestine has allowed young Palestinians residing in Gaza to bypass Israel’s tightened policy imposed on the movement of people between the Gaza Strip and Israel. Thus, they overcome the obstacles denying them entry into Israel and take advantage of the absence of Palestinian laws that prevent them from working in Israel — by using the internet instead.

Former Al-Monitor contributor Abeer Ayoub, a resident of the Gaza Strip, was able to work online as a journalist with the Israeli Haaretz newspaper. She told Al-Monitor that the internet is the key tool that allowed her to communicate with the Haaretz staff.

She said, “Working in the field of journalism is different from other workplaces since the main motive that pushed me to cooperate and publish with an Israeli newspaper is my desire to communicate the suffering of Palestinians in Gaza to the Israeli society.”

Ayoub faced widespread criticism on social networking sites by Palestinian activists; she believes this was one of the biggest challenges she encountered. In her defense, she argued that there are no Palestinian laws that criminalize working with Israeli institutions.

Muhammad Sabah, a field researcher with B'Tselem - The Israeli Information Center for Human Rights in the Occupied Territories, believes the internet is the main means that allowed him to overcome the siege imposed by the Israeli army on the Gaza Strip. He told Al-Monitor that he tried more than once to apply for a permit to visit the B'Tselem headquarters in Israel, but the Israeli Shin Bet did not allow him to pass through the Erez crossing.

He said that since he started working with B'Tselem in 2006 the internet has allowed him to communicate with his colleagues.

Sabah explained that Palestinians from Gaza working with Israeli institutions face difficulties in receiving their financial dues. He said that Israeli employers transfer salaries to banks in the West Bank town of Ramallah, and from there the money is transferred to a bank account in Gaza.

On June 16, Reuters announced that Israeli company Mellanox Technologies is looking to take advantage of the Palestinian workforce that is specialized in computer technology. The article said, “Working with ASAL Technologies, a Palestinian software firm, the maker of products that connect databases, servers and computers, has hired four programmers in Gaza. It hopes to add at least six more in the next six months."

Al-Monitor tried to contact one of these programmers, but he did not want to talk about the issue and did not confirm nor deny his employment with Mellanox Technologies.

Sources close to him told Al-Monitor that he refuses to give statements to the media since he fears he will be criticized by the people in Gaza, since Palestinians working with Israeli companies often are ostracized.

In the same article, Reuters wrote, "Mellanox already employs a large number of Arab programmers in Israel and dozens in Ramallah and Nablus, in the occupied West Bank."

Since the implementation of the unilateral disengagement plan from Gaza in 2005, Israel does not consider itself bound by the obligations imposed on it as an occupation power.

The Hague Regulations (1907) and the Geneva Convention IV (1949) are one of the most important international charters defining Israel's obligations toward Gaza's population. Under the provisions of these charters, as well as under the 1948 Universal Declaration of Human Rights ratified by Israel, an occupying state shall assume overall responsibility for the security and welfare of citizens living in the occupied territories.

These charters recognize the right of everyone to freedom of movement, work, decent living conditions, education, decent standard of health and family life.

Under the blockade imposed by the Israeli army on Palestinians in the Gaza Strip, the internet is their way out, allowing young Gazans to overcome the challenges preventing them from communicating with the outside world.