Iran’s tourism sector growing, but is it enough?

Iran’s tourism industry has experienced a rebirth since the 2013 election of moderate President Hassan Rouhani. Yet the industry is still far from the realization of its full potential. 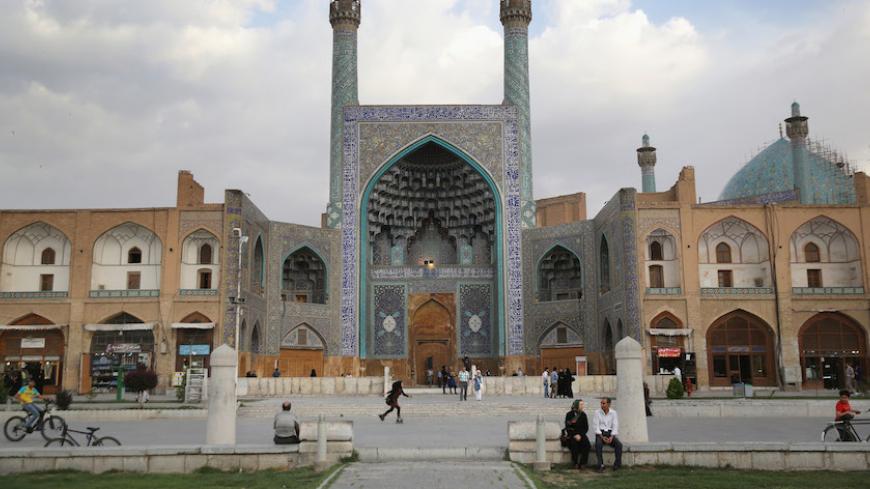 TEHRAN, Iran — Endowed with ancient history and rich cultural treasures, Iran is among the top 20 countries in terms of the highest number of tourism attractions. From the world-renowned 2,500-year-old ruins of Persepolis to the archaeological mounds in Susa and Meymand villages, Iran is home to 19 UNESCO-designated World Heritage sites; the latter two were added to this list a year ago.

Contrary to many of its neighbors in the Persian Gulf region, Iran enjoys a highly diverse culture as it is home to many different ethnic and religious groups. It is also among the countries that enjoy four genuine seasons, giving every visitor the chance to choose from a wide range of activities and tastes.

Iran is considered to be generally safe to visit, and another major advantage for the nation's tourism industry is that the World Economic Forum found the country to be the world's cheapest tourism destination in 2015.

However, ever since the 1979 Islamic Revolution, pilgrims en route to holy Shiite sites have constituted the lion’s share of foreign tourists. The war with Iraq in the 1980s followed by years of political isolation over its nuclear program also contributed to major underinvestment in Iran’s tourism sector.

The Iranian tourism industry began to experience a rebirth after Hassan Rouhani was elected president in July 2013. His administration has taken steps to fulfill its election promise to boost tourism. This may have been facilitated by the sudden fall of oil prices along with Iran’s high unemployment rate, as these developments prompted the administration to look for new sources of income. Rouhani’s moderate policies and efforts to improve relations with the West, which ultimately resulted in the historic deal on Iran’s nuclear program in 2015, have all been fruitful for the tourism sector.

Figures released by the Iranian Cultural Heritage, Handicrafts and Tourism Organization (ICHTO) show that 4.8 million foreign tourists visited the country in 2013, almost 25% higher than the corresponding figure for 2012. In 2014, Iran hosted more than 5 million foreign tourists, bringing in some $7.5 billion in revenues. Moreover, last year, official figures put the number of incoming tourists at more than 5.2 million, generating over $8 billion.

“The implementation of the Joint Comprehensive Plan of Action, JCPOA, has paved ground for growth and development in the country’s tourism sector,” said Masoud Soltanifar, vice president and chairman of ICHTO, in a speech earlier this month. More recently, the head of the Trade Promotion Organization of Iran, Valiollah Afkhami-Rad, said the country has achieved two-thirds of its targeted $4 billion revenue from the tourism industry over the past five months. “Incoming tourists have brought more than $2.8 billion of revenues since the beginning of the current Iranian year (March 20).”

At present, there are about 1,100 hotels throughout Iran. However, only 104 of them are listed as five-star and four-star hotels. Aware of the importance of hotels in attracting foreign travelers, the Iranian government has thus moved to establish exemption of income taxes for companies to accelerate hotel-building projects. “A revolution has taken place in Iran’s hotel-building under the 11th [incumbent] government,” Soltanifar said, adding “35 four- and five-star hotels have become operational in the past three years. 170 more such hotels will be built over the next five years.” In this vein, the government has signed contracts with several countries including Turkey, Germany, France and Spain to build dozens of four- and five-star hotels in a number of Iranian cities.

To attract more foreign tourists, Tehran has signed tourist exchange agreements with several countries, including Russia. The government is additionally pursuing plans to attract 5% of Chinese tourists who go abroad for vacations. Indeed, it has already opened tourism offices in Shanghai and Guangzhou.

Projects to develop international airports in major cities including Tehran, Esfahan and Mashhad as well as establishing direct flights to European cities via French, German and Italian airlines are also among the measures taken by the government. According to Iranian officials, these measures have resulted in a 12% increase in the number of incoming tourists over the past three years. As part of its 20-year vision, Iran is hoping to attract 20 million tourists per year by 2025, generating an estimated $25 billion to $30 billion in revenues.

Yet despite these positive developments and optimistic outlook, the reality is that Iran is still far from a high ranking in attracting foreign tourists. Nasrollah Pezhmanfar, a member of the Iranian parliament’s Culture Committee, believes that the current growth of tourism is good — but not enough, arguing that targets set within the framework of the 2025 Outlook Plan will not be achieved. Indeed, Iran’s share of global tourism income was just 0.5% in 2015, with officials saying the figure must increase to 3% in coming years.

There are several hindrances to Iran’s ability to realize its ambition to become a global tourism hub. For instance, foreigners touring Iran face challenges when it comes to booking hotels or purchasing train and plane tickets within the country. Iran’s isolation from international banking systems is also forcing visitors to bring cash, as the use of international credit cards is still not available in Iran.

Moreover, the mandatory observance of hijab for women and the ban on alcohol — including for non-Muslim travelers — as well as the lack of English-speaking guides in smaller towns may deter some visitors.

With the improvement of Iran’s international image and the increase in the number of foreign tourists in recent years, experts say Iran is well-positioned to finally boost its tourism sector after years of stagnation. However, it will likely take some time to realize the country’s true potential; as some argue, more investment in infrastructure is imperative before it can even compete with its tourist-welcoming neighbors, such as Turkey.