Iran's tourism industry scrambles to catch up with demand

As Iranian President Hassan Rouhani improves relations with the West, Iranian officials announce they will build more hotels to meet the expected demand of foreign tourists. 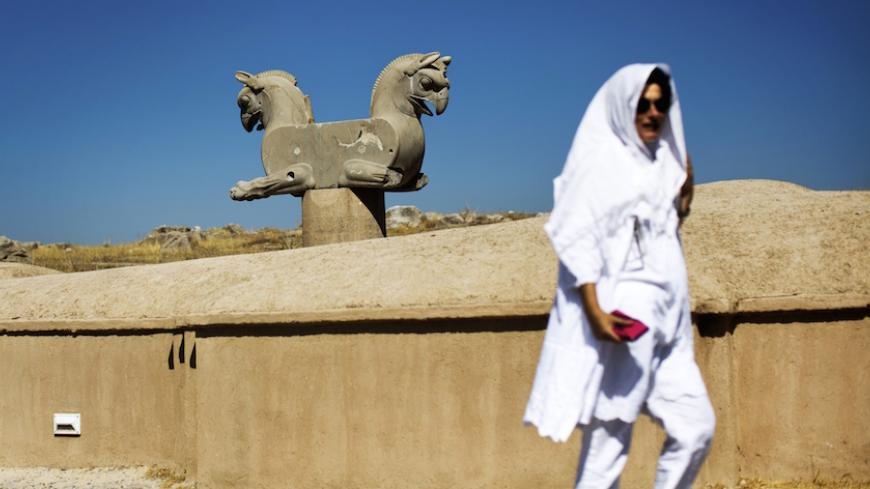 Officials in Iran have announced plans to build 400 new three- and four-star hotels. Masoud Soltanifar, the head of the Iran Cultural Heritage, Handcrafts and Tourism Organization, announced that while there are more than 1,100 hotels in the country, only 130 of them rank three or four stars, and that during the next 10 years, 400 new hotels should be built. He said that the goal is to increase Iran’s visitors from 5 million to 20 million per year. Soltanifar made these comments in the northern city of Rasht during a meeting regarding the establishment of a tourism university in the city of Rasht.

The Iranian government is hoping to increase the country’s tourism revenue from its current $6 billion to $25 billion to $30 billion per year.

Iran ranks regularly in the top 10 list of countries with the highest number of tourist attractions and historical sites. However, Iran’s complicated relationship with the rest of the world and lack of attention to its tourism industry has resulted in Iran being ranked 48 out of 50 countries, according to a report by the United Nations World Tourism Organization.

Reviving the tourism industry has been one of the most important promises of President Hassan Rouhani’s administration.

Sanctions, the sudden decrease in oil prices and unemployment are among the reasons why the Iranian government is seriously considering to open the country’s doors to foreign tourists.

The new administration's moderate policies regarding the crisis in the Middle East as well as Iran’s attempts for better relations with the West have resulted in Iran experiencing an unexpected wave of foreign tourists coming to the country.

Mohsen, who works at a travel agency in Tehran and asked to be identified only by his first name, told Al-Monitor: “When Rouhani was elected, we expected a rise in the number of tourists but it was much more than we had expected.” He said tourists in Iran can be divided into two groups: Iraqis who come to visit religious sites in cities such as Mashhad and Qom or the northern provinces to enjoy the green and rainy climate. European tourists are usually interested in visiting cultural and historical sites, so they end up in central cities such as Shiraz, Esfahan and Yazd.

The English-language Tehran Times reported April 25 that Iran is opening 10 tourist information offices in countries such as Italy, Switzerland, Spain, Malaysia and China. It also reported that Iranian officials are planning to open 44 more tourist offices in the near future.

However, it appears that at the moment, the problem is a shortage of hotel rooms.

Maryam Bigdeli, a tourism studies graduate who works in her father’s hotel in Esfahan, told Al-Monitor: “Right now, our main problem is the shortage of tourist accommodation in Iran.” She is concerned that if the sanctions are lifted and Iran expands its relations with the West, a large number of tourists will travel to Iran only to be disappointed by the shortage of hotel accommodation. “It is very difficult to convince a tourist who has had an unpleasant experience visiting a country to visit that country again,” she said.

The discussion of encouraging investors to invest in the Iranian tourism industry is now taking place. Ahmad Ali Farokh Mehr, the head of the Hotelier Guild of Tehran Province, told ISNA: “It is certainly possible to build 400 new hotels to attract 20 million tourists. Even now, 200 to 300 hotels are being built. I believe that if the economic situation stabilizes, we can build even more than 400 hotels. I don’t think we need foreign investors to build hotels. We have enough investors inside Iran or among Iranians who live abroad.”

Esfahan Mayor Morteza Saghaeian-Nejad recently announced that until 2021 all the projects in Esfahan will aim to further tourism. He also said that the industrial capacity of Esfahan, which has 2 million inhabitants, is maxed out and during the next three years, 20 four- and five-star hotels will be built in Esfahan. He added that Esfahan is the only city in the world with three internationally registered historic sites. “Before the 1979 revolution, Esfahan was one of the main destinations for Western tourists in the Middle East. However, just as the tourism industry started to grow everywhere in the world, the Iranian revolution happened, followed by the Iran-Iraq War, and eventually Iran lost its position in the tourism industry.”

While tourism has improved in Iran, many still feel that it lags behind. "When we compare Iran’s tourism situation with that of other countries in the world or even the region, we realize that there is still much to be done. If a country like Turkey, which is our neighbor and has many cultural and historical similarities with Iran, has a tourism revenue of $30 billion per year, then it is the good policies of the Turkish government that has allowed them to reach this point and the problematic policies of our previous administrations that have stopped us from achieving the same thing in Iran,” Mohsen said.

He said that during the past three decades, only two new hotels have been built in Tehran. “All the famous hotels of Tehran are still those that were built prior to the 1979 revolution. If you ask me whether the Iranian government has really attempted to take the tourism industry as seriously as it does the oil industry, then I will say no, it hasn’t. Even now the Iranian negotiation team is negotiating only because they want sanctions to be lifted so that the government can once again sell oil and run the country with the money it receives from selling oil.”

Bigdeli, however, is more optimistic. “I think Iranian officials have changed their views regarding tourism over the past few decades," she said. "Maybe 20 years ago the tourism industry was thought of as a new and Western industry. Today, however, given that our neighbors, including Turkey and United Arab Emirates, are taking tourism seriously and are earning a lot of money from it, Iranian officials are also starting to pay attention to this great source of revenue that could become available to them.” 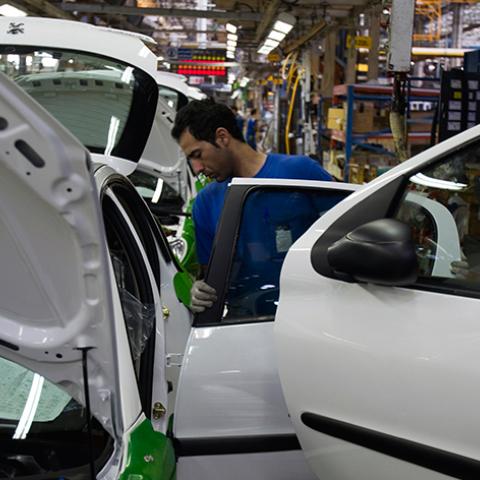